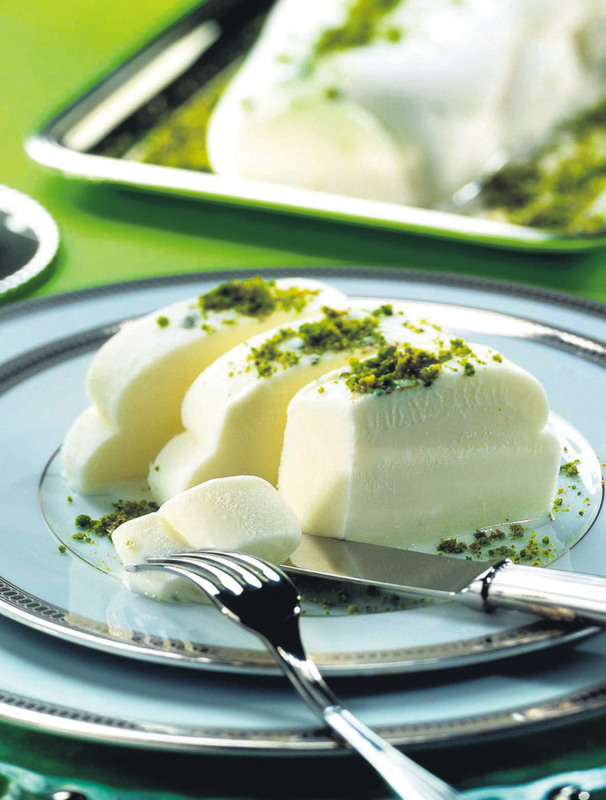 Served on cones or plates, sprinkled with pistachios and with a unique texture, Turkish ice cream offers customers a delicious flavor and particular serving style as vendors do tricks such as rotating the cone and making it disappear while the customer tries to grab it

If I had to pick a favorite dessert, it would definitely have to be ice cream. I could eat the delicious treat at any time of day, summer or winter, cone or bowl, doesn't matter, I love ice cream! Something about it just soothes the soul. Being an active traveler, I have tasted ice cream in many different countries and cities, but nothing has ever really stood out to me as being exceptional. In North America it is commonly sold pre-packaged and loaded with different kinds of cookies, chocolate or candy, and is usually overly sweet. You can also find "frozen yogurt," which is marketed to be a healthier choice in most cities. In Italy, it is sold, as "Gelato," which is also the big craze in the West at the moment and up until recently, was my all-time favorite choice.

The first time we came to Istanbul, my husband and I were out exploring the city when we came across a charming little patisserie. We decided to take a rest to enjoy a Turkish coffee and some dessert. The waiter approached us to ask us for our order, and of course I selected ice cream. In my mind, I was expecting it to come like other typical ice creams, maybe a couple of scoops in a bowl, but when it arrived at our table I will admit, I was a little confused.

It was a hard white slice of something that resembled a bar of soap, served on a plate, sprinkled with pistachios and to confuse me even more, the waiter handed me a fork and knife to eat this mystery dessert with. Surprised, I turned to my husband, "is this ice cream?" I asked? Spoken like a proud Turk he replied laughing, "Yes, it is Maraş Dondurması, the best ice cream you can get."

Well he was right, and that's when I was introduced to my new addiction.

When you have this unique and delicious delicacy for the first time, you will immediately be able to notice the distinct and delightful differences between it, and ice cream, as it is known in most countries.

To start, it is thick and chewy, and has a very rare elastic texture. It is probably the only ice cream in the world that can be stretched and tossed like pizza dough. Due to its unique texture, it also has a wonderful resistance to melting, so it can be enjoyed leisurely on the hottest summer days without dripping down your cone.

It is due to this, that it is typically eaten with a fork and knife and most often served on a plate. But don't let the hard texture put you off, it is in fact very smooth and melts perfectly as soon as it rests in your mouth.

The ice cream gets its name from the famous town of Kahramanmaraş, also known as Maraş, which is found at the foot Ahir Mountain, in southern Turkey. This famous city is often referred to as the ice cream capital of Turkey, and has been producing its famous dessert for over 150 years.The word for ice cream in Turkish is "dondurma" which literally means "frozen." So, it is "Maraş Dondurması" that Turks say is the best ice cream.

The mountain and the history of ice cream date back 300 years. Here, the people of Anatolia mixed molasses and fruit extracts with untouched snow accumulating on the slopes of the mountain, to create the first form of ice cream.

Today, the secret to Maraş Dondurması still lies in the special natural ingredients, which are found on Ahir Mountain.

The inclusion of Salep, which is the flour from the root of the purple orchid that grows in the mountain region, and mastic, also known as Arabic gum, a resin that imparts chewiness, are the two main ingredients that distinguish Maraş Dondurması from any other ice cream in the world, giving it its incredible flavor, texture, and resistance to melting. These ingredients are combined with goat's milk and are then hand-churned to perfection with patience and old Turkish tradition.

If you are in Kahramanmaraş, you will surely come across a patisserie named Yaşar Pastanesi located on Trabzon Avenue. This famous patisserie has been selling its traditional, beaten Maraş Dondurması for over 60 years. The patisserie is merely 25 square meters and practically a small museum with its original interior and many photographs of famous guests that have been treated to the famous delicacy over the years.

Its authentic Turkish decor makes this a charming spot to enjoy your treat. The traditional serving is plain dondurma, sprinkled with powdered pistachios. This flavor is even better when served on the famous and rich dessert kunefe, or you can try it on top of a fresh slice of kadayıf. Either way, your taste buds will be soaring.

But it is perhaps the famous street vendors that will catch your attention the most. Particularly in Istanbul, traditional Maraş ice cream is sold from both street vendors' carts and storefronts, especially on İstiklal Avenue, where the ice cream is churned regularly with long-handled paddles to keep it workable.

The salesmen wear regional dress costumes from Kahramanmaraş, and depending on their mood and the customer, it will most likely be a while until you get your order. The vendors are famous for teasing their customers and performing tricks.

Vendors serve the ice cream cone on a stick, and then take it away as soon as the customer tries to grab it by rotating it around, tossing it in the air, and making it disappear, before finally giving it to the customer.

This sometimes results in misunderstandings among tourists unfamiliar with the practice, but the show is all in good favor of fun and tradition and the games are put on just to test and prove how truly remarkable and strong Maraş Dondurması is. The shows usually draw in crowds of curious onlookers, and most people can have a laugh and enjoy their cones while watching the next customer.

Although the delicious treat can be found year round, summer is just around the corner, and there is no better time to experience the famous Maraş Dondurması. So when you are out and about strolling through the ancient cities of Turkey, grab a scoop, or should I say a slice and enjoy the long years of hard work and tradition that go into making every bite memorable and enjoyable.