International criminal trials: Why bother at all? 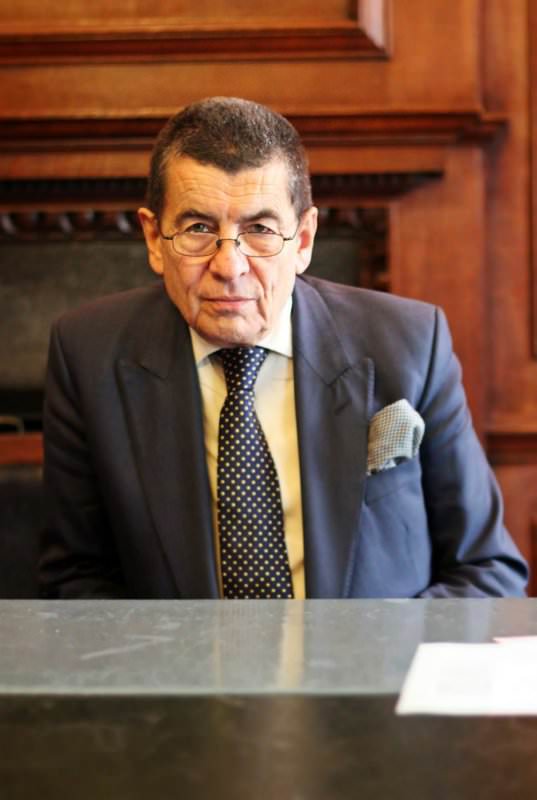 British barrister Sir Geoffrey Nice, who was involved in the International Criminal Tribunal for the former Yugoslavia and prosecuted prominent war criminals of the Bosnian War, including Slobodan Milosevic and Goran Jelisic, shares his criticism about international courts and adversarial legal systems

One day in July 1998, I opened the door of my new office as a prosecutor in the U.N.'s International Criminal Tribunal for the former Yugoslavia (ICTY) in The Hague, Netherlands, which opened the way to a new legal career. Almost overnight, I had to transform from an English barrister into an international criminal law practitioner. I was there to stay – with a short break – until 2006. Between 1998 and 2000, I prosecuted crimes committed against Bosnian Muslims during the war in Bosnia and Herzegovina between 1992 and 1995. The first trial involved a Bosnian Serb perpetrator and the second trial was a trial against two Bosnian Croats. In hindsight, these trials operated as an introduction to what would come next – in 2002 – when I was appointed as the Principle Trial Attorney in the biggest case held at the ICTY: The case against the former President of Serbia, Slobodan Milosevic. The trial lasted from 2002 to 2006, but ended without a verdict because Milosevic died in his prison cell some two months before the trial was scheduled to end. His death raised many questions about the efficiency of international criminal justice and the lengthy trials it produces. The modern day international courts were established in 1993, and they were just about to become fully operational when I joined in 1998.

Before coming to work in The Hague, I had nearly 30 years of experience in the British legal system behind me that allowed me to prosecute and defend people charged with crimes in the U.K. I represented people on either side of civil actions where people had been injured or damage had been done, and appeared occasionally against the U.K. government. And I sat as a part-time judge on "Old Bailey," the senior criminal court in England. Yet, none of these experiences prepared me sufficiently for what was to come. At this stage of the developing international criminal legal system that was still in its infancy, there were hardly any role models to follow or senior colleagues to learn from.

My first case in The Hague was the case against Goran Jelisic, a Bosnian Serb, who also went by the nickname "Serbian Adolf." The nickname hardly needed any further explanation, given that Jelisic, who was a small-time swindler before the conflict began, rose to global notoriety with the publication of the sequence of photographs showing him executing a Bosnian Muslim civilian. The photographs were taken at the very beginning of the war in the northern Bosnian town of Brcko, where Jelisic was given a Serbian police uniform but no proper police education or training. The only crime of Jelisic's victim was his ethnicity. Brcko was designated by Serbs to be a part of the Serbian ethnic state; thus, its ethnic composition had to be altered in favor of Serbian ethnicity. The words "to be altered" are merely a euphemism for a variety of crimes committed by the Serbian armed forces, often consisting of ad hoc militias and paramilitary groups formed by local thugs of the likes of Jelisic. His talent as an executioner developed further when he became an authority figure at the local makeshift detention center, also known as Luka camp, where he selected victims at will for immediate summary execution by his own hand.

It was a straightforward case, with an indictment covering the first two months of the Bosnian war – May and June of 1992. Given the gravity of the crimes committed in Brcko as well as the entire northern Bosnian area, the prosecution indicted Jelisic with the crime of genocide along with crimes against humanity. Eventually, Jelisic pleaded guilty to all charges except genocide. He was sentenced to 40 years in prison.

The team I worked with consisted of lawyers from Ukraine and France, and investigators from South Africa and Pakistan – a mixture reflecting the U.N. requirement for a proportionate geographic distribution of its employees. The trial chamber consisted of one French judge, one Egyptian judge and one Portuguese judge. I wondered – or rather worried – at the time how this international tapestry of the court's legal teams and judges would ultimately be viewed. Was this the best way to secure a fair trial and deliver the kind of justice required for, and expected by, the victims? I asked, by way of analogy, how anyone would feel facing a life-threatening operation at a hospital with a surgeon from the U.K., a head nurse from the Philippines, an anesthesiologist from China and assistant surgeon from Guinea-Bissau. The patient might be properly concerned not at the individual skills of the various professionals, but at whether they could communicate and work according to common, tested standards.

In the setting of international tribunals, concerns about multinational legal teams go further than the consideration of the ability to communicate properly due to language barriers and differences in national cultures. National legal systems differ significantly according to history and geography, with the division between the adversarial systems of the U.K., U.S., Australia and others, and the inquisitorial system of most European countries – and, indeed, of Turkey – being the starkest variation. The former is a contest of proof between opposing sides – the prosecution and defense – played out before and judged by judges or juries; the latter is an inquiry into truth conducted by judges with advocates playing a wholly different role, and the verdict not being perceived as a victory by one "side."

When the first ad hoc tribunals for the former Yugoslavia and Rwanda were founded in the early 1990s, the adversarial legal system was adopted in what was seen by some as an act of cultural imperialism by the U.S., U.K. and other powerful and influential states. To be fair, the "task forces" in charge of the new tribunals largely came from countries operating the adversarial system and, accordingly, the Statutes of the Courts as well as their rules, regulations and practices followed those with which these "pioneers" were familiar.

Even though as a U.K. barrister I was most familiar with the adversarial legal system, in The Hague, I swiftly grew to understand that it might not be the best way to prosecute those charged with mass atrocities. It is true that the great virtue of the system is that the evidence of witnesses who may be unreliable or dishonest can be tested – hammered out, sometimes fiercely – on the anvil of cross-examination. But it remains a game where proof by the prosecution or the blocking of proof by the defense is the essence of the game.

Adversarial trials take a very long time, certainly where war crimes are the subject matter, and are particularly vulnerable to appeals – sometime technical – that add to their duration.

Now, almost 20 years after the first modern international criminal courts were established, there is a growing understanding among the world public that if the international legal system is to survive it needs to correct its apparent shortcomings step-by-step. Some questions to discuss is what, if anything, a world citizen like you and me can do with criticisms and requests for improvement of these courts? How can we turn these criticisms to the good and prevent the permanent International Criminal Court (ICC) from becoming an ivory tower of justice? And how can we ensure that it becomes a lasting home of respected justice that the world citizen seeks and deserves?
Last Update: Mar 16, 2015 9:41 pm
RELATED TOPICS