Two dates that should be on everyone's calendar 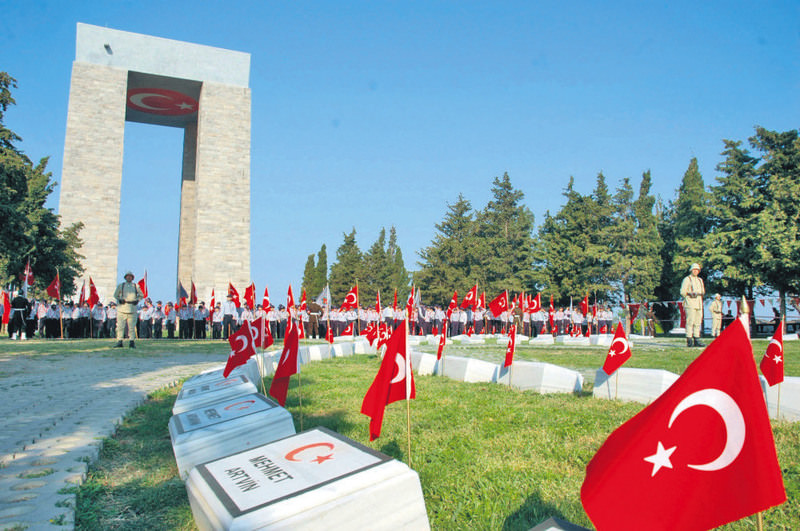 March 18, 2015 marked the 100th anniversary of the Gallipoli Campaign. What lessons have we learned 100 years after World War I, and have we taken these lessons to heart?

Last November I attended a function at the Houses of Parliament in London. As I was walking through Westminster, I could not help but be struck by the rows and rows of red paper poppies, planted in the grass. It was a moving sight, bringing to mind photographs of the French trenches during World War I, a location where many of the nearly 1 million British casualties (including soldiers from colonies like New Zealand, Australia, African nations and Canada) lost their lives. The poppies had been placed to remind people of the many men who had given up their lives in this war. Every November, people on the street sell paper poppies and the proceeds go to charities concerned with war veterans. In Britain Nov. 11 is officially recognized as "poppy day." Last year there was a new innovation with British Muslim women buying "poppy hijabs" to wear in commemoration; in short, the entire population dons a poppy and remembers the hundreds of thousands of men who sacrificed their lives a century ago.

Here in Turkey yesterday, March 18, was the day that the battle of Gallipoli – or Çanakkale, as it is referred to in Turkish – was commemorated. March 18 marks the day when the main attack by the Allied forces was launched, and the day the Turks repulsed this attack. The Turks had secretly laid mines 10 days before, and as one battleship was hit, another was sent to help it or replace it; as a consequence six major battleships were damaged by the Turkish mines, thus forcing the Allied commanders to rethink their strategy. The original planned attack from the water by the Allies was transformed into a land attack. After eight months of fighting there was a great number of casualties on both sides. The invasion forces were eventually withdrawn to Egypt with the Allied forces having to abandon any plans of conquering the Dardanelle Straits, a major part of their plan to grab Istanbul and open up waterways for Russian ships.

March 18 is regarded as a turning point in the history of the Turkish nation. This day is commemorated as the day when there was a final push in defense of the crumbling Ottoman State, an attempt to hold on to what was left of the huge nation. It was from this day that the seedling of the Turkish War of Independence took sustenance, and eight years later the Republic of Turkey was announced.

In addition, the Gallipoli campaign is remembered in Australia and New Zealand as marking the birth of national consciousness in these two countries. The Anzac soldiers had been shipped to the other side of the world to fight in a war that had nothing to do with them. Anyone who has watched Gallipoli or Breaker Morant, or indeed a number of other films that deal with this matter, will have heard the Australian and New Zealand soldiers discussing this matter. The British Empire shipped the Anzacs out to where they needed them and expected these men to fight as if fighting for their own territory. In the Southern Hemisphere April 25 is Anzac Day and is the day on which both people in New Zealand and Australia remember the military casualties and veterans from these two countries; indeed for these countries April 25 is more important than Nov. 11.

In November British veterans, or rather today, the descendants of British veterans go to Normandy, to the French fields where so many young men lost their lives. They are joined by French citizens who come to the fields for the same reason. They stand and try to remember the horrors of a century earlier. On March 18 Turkish citizens go to Çanakkale for the same reason. They are joined there by citizens from Australia and New Zealand. These people, from such different lands, once again contemplate and remember what happened a century before, and pray that such horrors will never happen again.

The significance of the fact that for nearly a century now people from different parts of the world commemorate the loss of life during World War I should not be overlooked. If there are commemoration days for World War II, for the Korean War or the Vietnam War, I have not heard of them. That does not mean they do not exist; it just means they are not widely publicized or popular. VE Day (Victory in Europe – for World War II) was celebrated in 1945 and again 50 years later in 1995 (by moving the Bank Holiday Monday to the following week). That is, it is not celebrated every year.The fact that Nov. 11 coincides with the end of hostilities in World War I on that date and is celebrated in France and Britain in commemoration of the dead is significant. However, interestingly, Nov. 11 in America is called Veterans Day, and is thus a day that celebrates the survivors. Originally in America Nov. 11 was also called Armistice Day, but later became Veterans Day, losing its direct connection with World War I.

America does not commemorate the U.S. citizens who died in World War I because there were less than 120,000 American casualties, and the U.S. did not come into the war until very late in the day. Indeed, America has not had a war on its own soil since the Civil War (1860s).

So why is World War I remembered with so much dedication in Europe? Why do people not "let it go?" The reason is simple. As stated above, nearly 1,000,000 British soldiers (commonwealth and otherwise) died during this war. Many of these were only 17 or 18, some even younger. This is the "lost generation" of Britain, and the "lost generation" of France. The same is true in Turkey; Nearly 3,000,000 soldiers from the Ottoman State participated in this war, with a large majority of them losing their lives in defense of their country. The number of casualties during the Gallipoli/Çanakkale Campaign and during the subsequent struggle for national independence meant that Turkey lost a large percentage of its young and middle-aged men. Also, it must be remembered that although aircraft were involved in World War I, it was not really until World War II that the tactic of dropping bombs from planes was developed. World War I took place with more hand-to-hand combat, and the horrors of war were very real. You were face to face with the enemy; however, subsequent wars allowed soldiers to develop a certain detachment, with Hiroshima being perhaps the most striking example.

Some argue that continuing to commemorate a war that started over a century ago is pointless. Those who experienced it are no longer with us, although many gave their lives for the causes of this war. But these causes were based on imperialism, and there have been so many wars since then, why do we still bother?

The answer is very simple. Nov. 11 and March 18 are not commemorated to glorify imperialism or to help one nation lord it over the next; they are not even celebrated to glorify war. If you go to Çanakkale on March 18 you will find people praying; they also participate in the tradition of eating nothing but the wheat soup that the soldiers had to eat, as they had nothing else. On Nov. 11 the screen is filled with pictures of trenches and graves of "unknown soldiers." In short, these days commemorate the young generations that were lost, reminding us of the terrible inhumanity of war; these days are important in that they help us to remember the cost of such a terrible conflict.

Unfortunately, 100 years later, despite such commemorations, wars in which young generations are being obliterated are raging around us. Perhaps we ought to turn the staid volume of these occasions up, reminding our children and ourselves of the horrors of war. Films like "Gallipoli" or "Son Mektup" (released on March 18 this year) might help us to do this. Let us not neglect the lessons of history, and let us remind others that these are lessons which we should not "get over."
Last Update: Mar 21, 2015 2:00 am
RELATED TOPICS