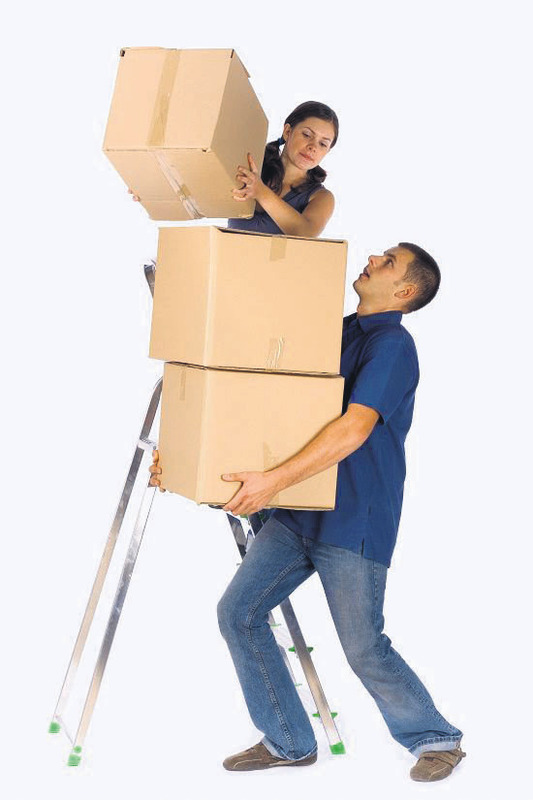 Relocating in Turkey, like most everything you do in this beautiful country, has its own tricks of the trade that are good to know, especially if you don't want to pay a fortune in the process

I recently rented my dream house in a village on the western coast of Turkey. Set on a tiered cliff with a panoramic view of the peninsula, it is the perfect size and caliber of inspiring beauty, and the moment I saw it, I knew this was to be "my dream home." Alas, what makes a home a home is very much the stuff within, and so I was absolutely intent on decorating my new village home with our finest furniture, paintings and white goods, which happened to be in Istanbul.

Now, moving in Istanbul is a chore in itself with sixth-floor flats, windy staircases and grumpy neighbors, however moving out of the city comes along with its whole own set of issues. First comes finding long distance movers.

In the U.S., there is an excellent system in place for moving by way of the U-Haul one-stop shop. With locations in all major cities in the U.S., you simply go to your local U-Haul, rent any size truck you require and purchase all the boxes you need, all for the low price of approximately $20 a day. In Turkey, however it is a different story and one that like most everything here begins with word of mouth.

So, I asked and found out that there is actually a quite professional system in place here, in which a team of movers come in and pack up everything for you with their own boxes, and then load and transport your stuff to your new destination where they proceed to unload everything they packed up. Some movers even take photos of the shelf they are packing up to then recreate it identically in its new destination. This sort of pristine moving option unsurprisingly costs near an arm and a leg. In my case, equivalent to near half a year's rent, therefore I absolutely had to pursue another way.

Think of it as moving "deconstructed." The key issues were finding the truck, finding the movers and then finding the boxes. Finding a truck is pretty much all word of mouth, but sometimes you can even find trucks headed in your same direction anyways or transporting a few people's stuff at the same time. Nonetheless, we ended up finding a friend with a truck going in our direction, so a win-win situation for all, except for the fact that the truck was not big enough to fit everything in it, which I would find out in due time.

Forging ahead, our next stop would be to find a "hamal," porters of sorts that are spread throughout the city, whose profession is solely to physically transport items in Istanbul's windy apartments and streets. Possibly one of the oldest professions in Turkey, finding a hamal was actually pretty easy. Just how hamals tend to congregate near the Grand Bazaar, on the Asian side of Kadıköy, there are also antique dealer neighborhoods that will easily help connect you with these very professional porters, who will also, it turns out, help pack up and box up your stuff as well as load it onto a truck.

What becomes important at that point, and comically so at times, is tracking down boxes. Suddenly, cardboard boxes have become the hottest commodity in our lives. Needless to say, finding boxes in Istanbul is not an easy feat, especially if you want them for free. First, you have to scout out your nearest supermarket, determine the best time to pick up boxes and then make sure you have enough limbs to actually carry them home.

When I realized it would be impossible to physically carry enough boxes through the streets of Istanbul in time for the move, I resorted to Turkish "imece" style and called on my friends, who showed up in full-force, not only with boxes they had used and saved, (turns out that's a thing) but they also packed mine up for me as I poured them cups of tea. So my first lesson learned was that friends, time, strength and boxes are the most valuable things there are.

On the actual day of the move, our friend and truck driver was unreachable by phone just as the very expensive and carefully orchestrated day of porters was about to begin. As I began to panic, my partner was as calm as can be. I urged him to call other mutual friends, to track down the driver because surely he must have forgotten, while he urged me to have faith and wait. So I did, and surely, as the clock struck 09:00 am, our driver was there, the movers were there and suddenly in lightning speed, our family flat in Moda, or at least what fit in the truck, was on its way to Assos, a six-hour drive down south, teaching me the lesson to always have faith and just wait because it always works out and sometimes in just the way you planned, sort of.

My partner and I also set out in our own car to accompany and meet our furniture there, only to miss the exit for the highway to Edirne a total of three times in our exhaustion adding at least an hour or two to our journey. However, instead of fretting, we simply enjoyed this new tour through the expansive city, teaching me once again to stop and enjoy the chaos and the proverbial tea, which for me represents spontaneous quality time spent with people, because it never lasts long.

Suddenly it was dawn and we were to meet our waiting truck driver friend at our new home. After hours spent planning how to coordinate the truck with the friends from the village who volunteered to help move, it was us who were late, and by hours, and all I could do was apologize, smile and make tea as everyone was happy as can be that we even arrived. They certainly didn't seem to mind the delay, it was me who had to get over it, which I did and just enjoyed the day, learning to not sweat the small stuff, as Turks generally don't.

We only managed to load half of the flat that first round, but my friends came to the rescue and offered to pack up the rest of the house and my other truck driver friend did the moving with the second round of stuff arriving a few days later. I wasn't even needed! The hours spent carefully planning how things would go and when, never mind what would go where, were indeed pointless. Once again I learned that planning is futile and that the powers that be have their own plans for us and what I need to do is make sure I'm ready to ride the wave and enjoy it along the way.
Last Update: Mar 25, 2015 3:13 am
RELATED TOPICS