The brotherhood of two societies goes back decades 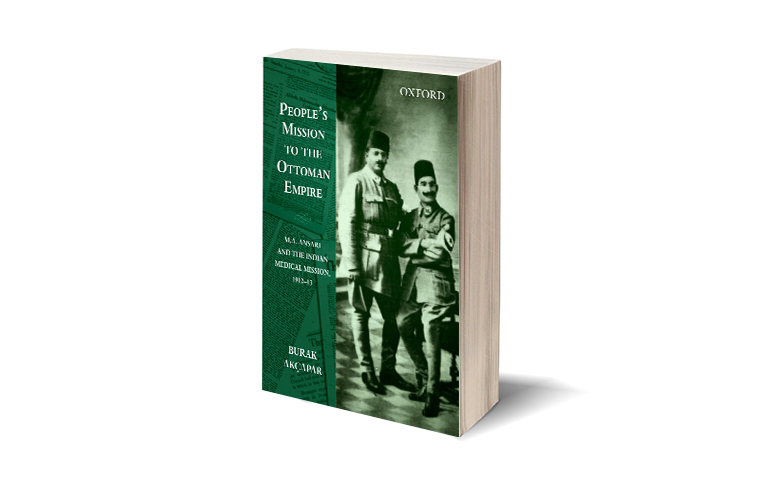 Turkish society feels grateful towards Muslims in India – and later, Pakistan and Bangladesh as well – from past to present, and describes it as a "brother country." The situation mostly arose from the story of Indian Muslims sending their belongings as aid to Turkish troops during the Turkish War of the Independence. However, this brotherhood and aid sent by Indian Muslims to the Ottomans dates back before the War of Independence. During the Balkan Wars, the two conflicts that occurred in the Balkan Peninsula from 1912 to 1913, concerned Muslims around India mobilized to create three medical teams that treated wounded Ottoman soldiers.

Among them, the one that was organized by Mohammad Ali Jauhar and directed by Dr. Mukhtar Ahmad Ansari was brought to light in a book titled "People's Mission to the Ottoman Empire: Dr. Ansari and the Indian Medical Mission, 1912-13" by Burak Akçapar, a Turkish diplomat, scholar, author and the current ambassador of Turkey to India. This was possible due to the regular letters that were sent home by Ansari and published in the Comrade weekly. 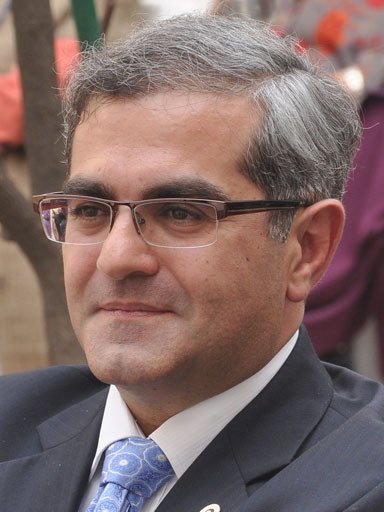 In the body of scholarship on Ottoman pan-Islamism and its influence on the 1919 Khilafat Movement in India, the 1912–13 Indian Medical Mission is understood as a manifestation of pan-Islamist political ideology and Muslim internationalist action. The book studied the letters by the director of the mission and the political and ideological context of the period to provide the first full historical narrative history of the medical mission, detailing its simultaneous humanitarian and political purposes and activities in the Ottoman Empire. Thus, it provides an account of an early example of religious internationalism, different from traditional notions of Islamic unity, supported by the emergence of a global Muslim civil society and a community of opinion in India led by an educated middle class. The book argues that pan-Islamism generated the strongest appeal for Indian Muslims, as it superseded all other forms of association, including ethnic and geopolitical loyalties.

Daily Sabah conducted an interview with Akçapar about the process of writing the book and the history of Indian-Turkish Muslims from the past to present.

Daily sabah: how did you decide to write a book about this topic?

Burak Akçapar: I have long been aware that Indian Muslims had contributed morally and materially to the Turkish War of Liberation and that there was a significant political mobilization in support of the Ottoman Empire since the turn of the 20th century. I had traced this, among other things, to the successful public diplomacy of Sultan Abdulhamid II under the rubric of Pan-Islamism. I was drawn to the research about the origins of Indian Muslim political support. However, the practical spark came out of a visit of the honorable vice president of India to Turkey. When he told me about his great uncle and father being part of a medical mission to the Ottoman Empire, I decided to look for primary sources that would provide a definitive account of the medical mission. And when I found the copies of Comrade weekly, which had published the letters of the head of the Indian Medical Mission, Dr. MA Ansari, I felt I needed to bring these into the academic spotlight.

BA: The most difficult question was how to tell the story. I opted for a treatise that would explain the cultural, ideological and geopolitical context of the Indian Medical Mission and the public mobilization that had made it possible. This required pulling together an Ottoman, Indian and Balkan historiography. The reviews published so far suggest that the effort to provide such vast context was ambitious, albeit welcome. I have only heard praise for the effort, including at Oxford University where I launched the book through a seminar.

Ds: During your research, what were the stories that affected you the most?

BA: As I researched the ideological backgrounds of the protagonists, whether on the field in Turkey or back in India, I was moved by the fact that the idea of solidarity among the Islamic world was completely different from the distorted and much abused conceptions that prevail today. No one suggested terror, chopping of heads or demolition of the wealth of civilization. Also, the human stories affected me significantly. The Medical Mission catapulted Dr. MA Ansari from a talented physician to a national political figure who would later stand with Mahatma Gandhi on the road to independence. Another moving human story involved a young member who would stay in Turkey, join the Ottoman forces during World War I and later become the Turkish envoy to Afghanistan. Yet another story involves the interaction of the members of the Medical Mission with the sultan and the panoply of Ottoman leaders, including the leadership of the Committee of Union and Progress. I should also add that the plight of Turkish refugees expelled from the Balkans, in what was the first ethnic cleansing if not something more, were well documented by the Mission during their stay in Turkey.

BA: The members of the Medical Mission were drawn from around British India in cities now divided between India and Pakistan. The Muslims of India today live with the remnants of that era, including red and green flags with the crescent and star, without much knowledge of where these flags originated in the first place. The Medical Mission itself was largely buried in public memory until this account brought it under the spotlight after a century. The Ottoman Empire's demise was a shared point of dismay for the Muslims in all of British India. I think scholarship and memory on this historical connection is more vivid in Pakistan than in India. Nonetheless, in my countless interactions with Muslim and non-Muslim Indians over the last four years, I have been impressed by the positive feelings towards both the Ottoman Empire and modern Turkey.

Ds: What is the recent situation in india-Turkey cultural relations? how they can be further improved?

BA: The relationship is friendly yet awaiting further content, as merited by the respective importance and capabilities as well as needs of the two countries. Significant progress has been achieved in recent years. Important visits are being made in both directions, and consultation mechanisms on important regional issues of mutual interest are being reinvigorated and expanded. Both countries are making genuine efforts in that regard. A significant challenge is in the field of bridging the enormous knowledge gap that remains on both sides with regard to each other. The gigantic potential can only be bridged once we know more about each other. We have been taking steps in that direction.