From Kaffa to Istanbul: Coffee's journey to Turkey 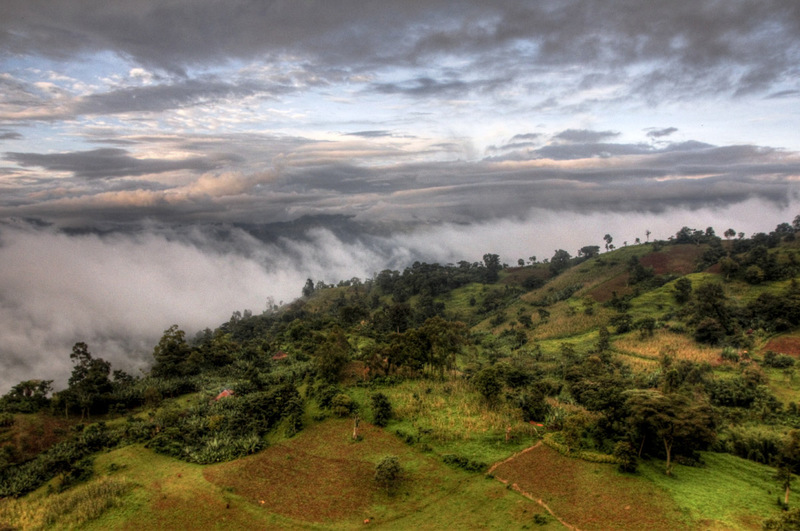 Originating from the Kaffa region of Ethiopia, coffee was introduced to Turks in the early Ottoman period. Gradually,it gained an important place in Ottoman culture and became popular among patrons of coffee houses in Istanbul

In the past, foreign travelers observed that Turks drank Turkish coffee when they were ill, and if they did not get well, they wrote their will and waited for death to come. Indeed, Turks did not only drink Turkish coffee for pleasure but also as a remedy. In fact, Turkish coffee has become an internationally known drink over time.

Coffee originates from the Kaffa region in Ethiopia. According to the legend, a shepherd observed that the goats were jumping up and down and wandering around the meadow more energetically than ever. Out of curiosity, he investigated the situation and discovered that the animals were behaving strangely because of the plant they were eating. He tried it himself, and thus discovered coffee. Coffee spread to Yemen and then to Hejaz (the western part of modern-day Saudi Arabia where the holy Islamic cities of Mecca and Medina are located). In a very short time, coffee, or "Sofi Sorbet," as it was called back then, became popular among students and especially dervishes, since it drives sleep away. Now, almost everyone, writers, readers and sportsmen in particular, drink coffee due to its stimulating effect. A poet once said, "That black-faced coffee drives sleep and lust away."

Actually, coffee was known in the East in the 11th century. Ibn Sina, also known as Avicenna, was the first scholar to mention the curative effects of coffee. Europeans were very cautious about coffee in the beginning. Physicians claimed that coffee was a deadly poison and could cause leprosy and paralysis. However, coffee was first sold in pharmacies even despite objections. Coffee was used as a remedy for mange in Yemen's Mocha, and for cholera in Iran. The flowers of the coffee tree resemble jasmine and its fruits look like cherries. When its flowers dry up and fall, the colorless beans on the branches are collected and left to dry further before being roasted. Then they are peeled, the essence inside is ground and coffee is produced.

Following its popularity in Hejaz, coffee spread to Egypt. The first coffee houses were opened in Cairo in 1521. Pilgrims to Hejaz took this amazing drink they discovered during their pilgrimage back to their homelands. Ottoman historian İbrahim Pecevi recorded that two men named Hakem of Aleppo and Şems of Damascus opened coffee houses in Tahtakale, Istanbul in 1554. However, Istanbulites had already known about coffee for a short while. Gradually, carefree clerks, poets and prominent figures of the period became the regulars of these cafes. As drinking and eating things that are burned to a cinder is not allowed in Islam, some scholars declared that drinking coffee was prohibited. Thus, the government banned coffee along with smoking. But once it was understood that it was black as coal not because of being burned, but because it had been ground, the bans were lifted and the ulamas became addicted to coffee. Coffee houses became the art and culture houses of the time. Moreover, the Ottoman palace discovered coffee during the reign of Sultan Mehmed IV. For sometime, when women stopped giving birth, some blamed coffee. Although coffee lost its reputation in the court, later Sultans Abdülhamid II and Vahdettin were coffee lovers.

Coffee was consumed bitter and strong when it was first introduced as a drink, but people began drinking it in a weaker form after some time. Mehmed Efendi of Kemah opened the first coffee shop that sold ground or roasted coffee in 1871 in Tahtakale. Among the Turks, coffee was named according to its density, the amount of sugar it contained or the cup in which it was served. Whether the coffee was roasted or not was also important. The more the coffee is roasted, the more it loses its acidic features. That is why connoisseurs prefer medium or lightly roasted coffee. The very first granulated coffee was produced during World War I in order to provide coffee for soldiers.

Adding milk to coffee became popular upon a request of a French physician towards the end of the 17th century. Caffeine, a central nervous system stimulant, was discovered within coffee during the 1920s by a scholar named Runge. Caffeine stimulates thinking and reactions, helps you to focus, increases concentration and boosts your morale. Turkish coffee is known for containing more caffeine than regular coffee.

People used to prevent small children from drinking coffee, saying that their skin would become "darker." The real reason behind it was that they believed coffee caused problems during puberty. The Shah of Iran could not get enough coffee, however. One day, the Shah's horse was restless, so his concubine said, "Make him drink coffee like our master. It will calm him down." Furthermore, legendary German composer Johann Sebastian Bach named one of his compositions "Coffee Cantata."

Until recently, especially because drinking tea was not as popular, coffee was the main drink on offer in Turkish houses. They offered water and Turkish delight along with the coffee; the water cleared the throat and enabled the drinker to taste the coffee better. Now, it is said that coffee causes dehydration and water served with the coffee compensates for it. When families pay a visit to ask for a girl's hand in marriage, they are offered Turkish coffee. Moreover, the girls add salt to the coffee of the boys who are asking for their hand in order to turn them down. Today, tea, which is easier to make and drink, has replaced coffee, and Turkish coffee is almost forgotten. However, the old ones say, "A cup of coffee commits one to 40 years of friendship."

Coffee should not be drunk on an empty stomach. There is a reason why Turks call breakfast "kahvaltı" (before coffee). "If you cannot find something to eat before coffee, pull off your button and eat it," is a saying in Turkish. In Europe, coffee is consumed with cake and accompanies breakfast. It is also said that it reduces the hazardous effects of tobacco.

During World War II, coffee was only available on the black market. Nevertheless, coffee lovers did not give up coffee. They roasted chickpeas and drank a brew concocted from that instead. Due to the economic crises in the past, coffee was not something that was easily available to find. Coffee lovers bought coffee beans abroad for high prices, brought them back to Turkey, roasted them in their old pans and ground it, refusing to give up their pleasure. Turkish coffee, which has been subject to folk songs, was placed on UNESCO's World Heritage List in 2013. However, protecting Turkish coffee is the job of the Turks above anything else.