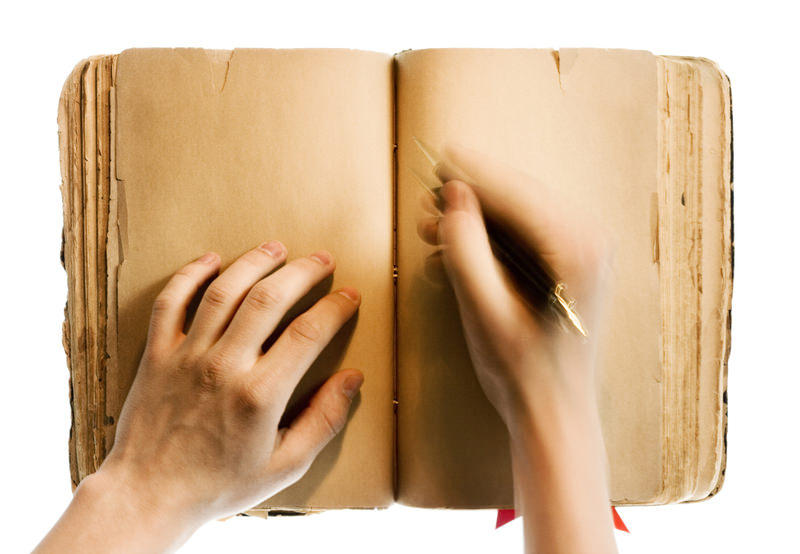 Writing down the stories in your head can seem like a weary process for those who want to be professional writers. However, once you combine tidiness with discipline, you will see that things are not that difficult. In fact, the process is easier once you get started

I had never written 60,000 words on the same subject sticking to a plan. I made a plan and set a goal to write 60,000 words in 50 days. I would write a novel. Writing a novel was like a river that I was wandering around for many years, fearing to go in for a swim. One day, I made a good plan and started swimming. I had to write 1,200 words – almost four pages – a day. I decided to write between 5:00 a.m. and 7:00 a.m. since it is ideal for a married man with two kids who has to work during the day. I began writing on the day that I sent my wife and children on vacation for mid-term break. After I dropped them off at the airport, I returned home and started writing. It was very easy to write 1,200 words on the first day because the subjects were piled up in my mind and I was hungry for writing. I even wanted to continue to write, but writing 1,000 to 1,200 words a day was enough and I did not want to exceed or fall behind my schedule. The days went by. I started to write on Monday, and my wife and children was scheduled to return the following week on Tuesday. I kept writing for eight days until they arrived. Although I feared that my program would change once they returned all my fears were in vain. I have to thank my wife for that.

I embarked on writing five minutes after I woke up at 5:00 a.m. When I was in the middle of writing, morning prayers were recited. Later on, the morning prayers began to be recited as soon as I sat down to write. It was a unique experience to witness how the days became shorter day by day.

Every day after I finished writing I tweeted the number of words that I had written so far. Soon after, these tweets and the numbers became the subject of an amusing conversation. On one of these days, while I was counting down from 30 days, a friend of mine asked me the meaning of these numbers and I told him that I would reveal the mystery when it reached 60,000. Most of the people did not have any idea about the numbers until I announced it after 50 days. Only a few who work in the publishing business could break the code. After all, it is not surprising for an editor to know what 60,000 words stands for. However, it was a mysterious choice for me to send messages in codes. Moreover, I can say that the resemblance of those numbers to number stations was very amusing.

A surprise on the Bosporus ferry route

I ran into a well-known Turkish author, while I was on my way home on a Bosporus ferry 33 days before achieving my goal of writing 60,000 words. I told him about my method and what I was trying to do. He found it very interesting. He asked me to send a synopsis of my novel to him, and I told him that it could only be possible in 33 days. We came across once again on the same ferry. I told him I had seven days left to reach my goal. He liked my plan. I sent him a summary of my novel as soon as I finished and he answered me with his suggestions.

I was writing approximately 1,150 words daily. I sent all the words that I wrote that day to three different people on WhatsApp. One of them was a colleague of mine with whom I worked in the same office, and the others were family. Sending what I wrote that day to my WhatsApp subscribers was among my morning routines. However, I never thought about the publishing part. I just wrote, wrote and wrote.

As the days passed, writing became harder. The enthusiasm for writing in the first days left its place to an obligation-like homework. If you are not doing something just because you want to it means that you are becoming a professional. Waking up early in the morning and maintaining your schedule for nothing in return is harder than it looks. In order to overcome this difficulty you have to become your own boss. I motivated myself by saying to myself, "I'll let you drink a cup of coffee if you write well," or, "You can turn up the music you like if you write something good."

I broke my 5:00 a.m. to 7:00 a.m. routine only once. I had to leave the house at 6:00 a.m. because I had to catch an early flight. I worked between 4:00 a.m. and 6:00 a.m. that morning. While I could only wake up with the alarm during the first days of my program, I got up at 4:55 a.m. by myself toward the end. No matter what, disciplining yourself makes you feel better. Moreover, starting the day early and being productive during the hours when people are still sleepy was one of the best aspects of my writing routine. Of course, you cannot stay up late having a chat or watching TV, but this situation is understood by family members, as there is a writing shift early in the morning. My four-and-a-half-year-old daughter's sleeping routine and mine overlapped in time. Sometimes I got up even earlier than her. I went to bed at 8:00 p.m. or 10:00 p.m. at the latest because it was important for me to get enough sleep to wake up in the morning and move my fingers on the keyboard.

To write or not to write

I have been writing professional articles and texts, including speech texts, press releases, question and answer documents, operating manuals, campaign texts, blogs, social media contents, news, interviews, success stories and many more. I can say that I have written almost any kind of text that can be written. During my time in publishing, public relations and advertising, I always wrote in return for a certain amount of money. I had to put those words together in order to earn my living. However, there was nobody to dictate to me about a deadline during the process of writing my novel. I had not signed a contract with a publishing house and nothing would change if the project were left unfinished. The hardest time for someone to motivate oneself is when they are comfortable. Although most people seek a comfortable environment in which to work, I found it incites laziness. All you need to write is a quiet atmosphere where you can isolate yourself from the rest of the world, a table to write on and a chair to sit on. After a while even drinking coffee becomes something that interrupts your writing process.

Writing is a must. Writing is not enough. Days passed, and on the 48th day, two days to my goal, I finished 60,000 words. The first draft of my novel was finished and I sent it to one of my friends, a publisher, right away. Writing 60,000 words was a big step for the novel I intended to write. However, I had just finished one-third of the road. For once, I had to edit my writing and then make a plan to create a product out of my writing.

This journey was like traveling to another country for me. I lived in a time zone that I had never experienced before and became the protagonist of a goal that I set for myself. After I finished writing, I was holding 211 pages in my hands. I had to print it double-sided to avoid wasting paper. Seeing those 60,000 words written on pages was a nice thing. The day I printed my words, I had a flight to London. I was reading the printed pages when the stewardess asked me whether or not I would like a coffee. At the exact time that she asked me this question, I was reading dialogue in which a waiter asks the protagonist of my novel whether he wants coffee. It was a nice coincidence. The other coincidence was the time when I wrote that the morning prayers were recited in Sarajevo. It had been an hour since the prayers were recited in Istanbul, and I logged onto Twitter just to clear my mind. At the exact time when I wrote that line, a friend of mine tweeted that the call to prayer was being recited in Sarajevo. It was also a nice coincidence.

As a person who has just written his first work of fiction, I want to share some of my experiences:

2. If you are your own boss with regard to writing, be as harsh on yourself as an average boss.

3. There is math in everything and it is the same with writing. Find your own formula.

4. Inspiration comes while you are working. Do not confuse it with laziness.

5. The source of your motivation comes from the importance that you place on your writing. Do not attempt to write a story that will seem meaningless two days later.

6. Focus on your work. Focusing on the benefits that you will get when you finish brings more harm than good.

7. Form a group that can boost your motivation.

After writing those 60,000 words, I was happy. I do not know whether my novel will be published or not. Hopefully, it will be published and widely read. I guess if I had believed that nobody would read it, writing would have been meaningless. As Shakespeare once said: "Nothing is so common as the desire to be remarkable." This is what we do in our homes, places of work, social circles and on the Internet. This does not change when you are writing. I tried to tell you the story of 60,000 words. While writing this article, my main concern was to guide people who want to write and have the talent to write even a little. A valuable friend of mine began working on his own fiction following my writing adventure. My elder daughter, who is 12 years old, began publishing her stories on WattPad. Being a source for inspiration for these two people is actually more valuable than all those things that I wrote. I guess that sharing the experiences is more important than sharing what you wrote.
Last Update: Mar 28, 2015 2:10 am
RELATED TOPICS