Get ready for a journey through history at Istanbul Archaeology Museums 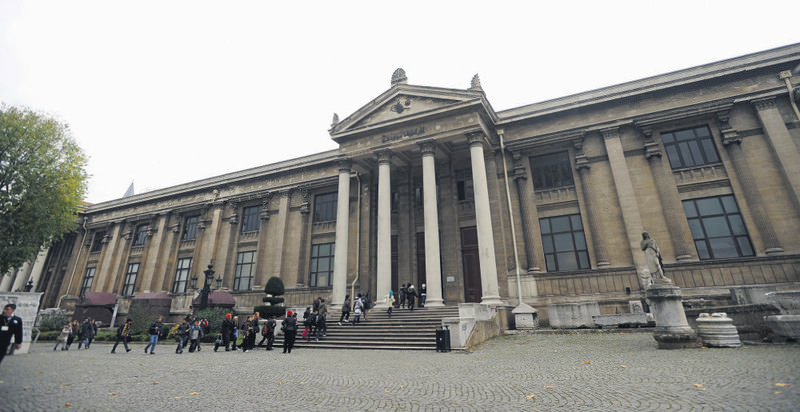 Locating on Istanbul's historic peninsula, close to Topkapı Palace, the Istanbul Archaeology Museums contains many precious artifacts from both the ancient and early modern civilizations of Anatolia that shed light on the region's history

If someone had asked me to list some of my favorite childhood movies off the top of my head, I am confident that the list would include watching the "Indiana Jones" and "The Mummy" series. They were what sparked my interest in archaeology, just like what "Interstellar" is doing for today's kids in the field of astrophysics and space exploration. That being said, my first tangible contact with the actual field of archaeology came when I visited the Istanbul Archaeology Museums. Thus, I want to introduce you to them since I can hardly do the place justice in a mere page.

The history of the museum goes back farther than the birth of the Republic of Turkey. Although interest in collecting historical artifacts dates back to the 1600s, we can say that the foundation of the museum in a more modern sense was in 1869 when it was called Müze-i Hümayun (Museum of the Empire). What started as more of a relocation of artifacts from the Hagia Irene, which is very close by, now houses more than a million artifacts from almost every European, Asian, Middle Eastern and African civilization throughout history. But I am getting ahead of myself.In 1881 with Osman Hamdi Bey at its helm, the museum flourished and Hamdi Bey himself was the one who conducted the excavations at the Necropolis near Sidon (in present-day Lebanon), and came back with priceless pieces, most notably, the Alexander Sarcophagus. Even today, the sarcophagus continues to be one of the centerpieces of the museum, attracting countless visitors worldwide. The very first unusual thing about the museum lies in the name. It's not actually one museum, so its technical name is pluralized. Some confuse this and think that the Topkapı Museum is also included in the complex, but that is not correct. Istanbul Archaeology Museums are comprised of three different buildings that each serve as their own exhibition. The buildings are very close to each other on the same campus, however, so you won't have a hard time finding them. The first one is the main building called the Archaeology Museum. This is the crown jewel of the three and attracts the most visitors. Apart from the aforementioned Alexander Sarcophagus, it also exhibits the Sarcophagus of the Mourning Women, sarcophagi from the family of Saydan King Tabnit and Lycian and Satrap sarcophagi. It also includes artifacts from various historical periods and an entire floor dedicated to Byzantium and the conquest of Constantinople. The second one is called the Museum of the Ancient Orient. For those hopeless romantics, I would like to highlight that the earliest known love poem resides in its hall. If you're in a relationship, the museum has you covered as well since it also houses an ancient Sumerian marriage certificate. There are archaeological finds from the Hittites, Babylonians, Sumerians, Assyrians and Arameans all waiting for you to gaze upon. It also has a copy of the Code of Hammurabi, an ancient peace treaty written in cuneiform and artifacts from ancient Egypt.

The third museum is the Tiled Kiosk Museum, also known as the Museum of Islamic Art. The Kiosk itself is the oldest of the three since the building was the one that housed Müze-i Hümayun until 1891. It houses artifacts from both the Seljuk and Ottoman eras, but it honestly pales in comparison to Topkapı Pal

ace in this regard.

Aside from historic value, the artifacts of the museums are also deeply favored by many artists, especially ones who create pencil drawings. While the tourist season might be a little crowded to transfer history onto your paper, in the off seasons you will probably encounter many people enthusiastically drawing in the corridors of the museums. One thing to point out though is if you plan to satisfy your artistic needs, it would be convenient to call ahead because there are now daily and hourly limitations imposed on artists.Nevertheless, if you are planning to use the museums for their intended purposes, allow me to give you several tips to enhance your experience. First of all, do not travel there with your car. Seriously, the parking will probably drive you crazy and will steal most of your visiting time since your search for a good spot will probably take about an hour – and that is if you are lucky enough to even fine one. Thankfully, the Sultanahmet district sits on intersections of numerous public transport lines, and you can reach there either by tram or bus. Of course, walking is always a viable option if you are staying on the historical peninsula in the old city. Also, another mistake I often encounter is scheduling both the Istanbul Archaeology Museums and Topkapı Museum for the same day. Unless you are planning to run a marathon or really, pressed for time, give each its own day. Topkapı Palace is enormous and all three buildings of the Istanbul Archaeology Museums will fill out your day nicely. Of course, there is no up limit to the days you can spend in each since even in two days you wouldn't be bored if you are in need of a more leisurely and attentive tour. This way you will be able to enjoy the beautiful gardens of the complex, especially on warmer days. And last but not the least, the entire complex is being expanded in order to become one of the biggest archaeological museums in the world by famous museum architect Boris Micka at the helm. Therefore, some parts of the existing buildings may be under renovation. So, calling in advance and getting information might save you from heartbreak, especially if you are set on setting a particular exhibit. But the good news is that with the new buildings, many artifacts sitting in the museums' storage will come to light, perhaps for the first time.
Last Update: Apr 01, 2015 3:18 am
RELATED TOPICS