A unique period in Turkish history: The Tulip Era 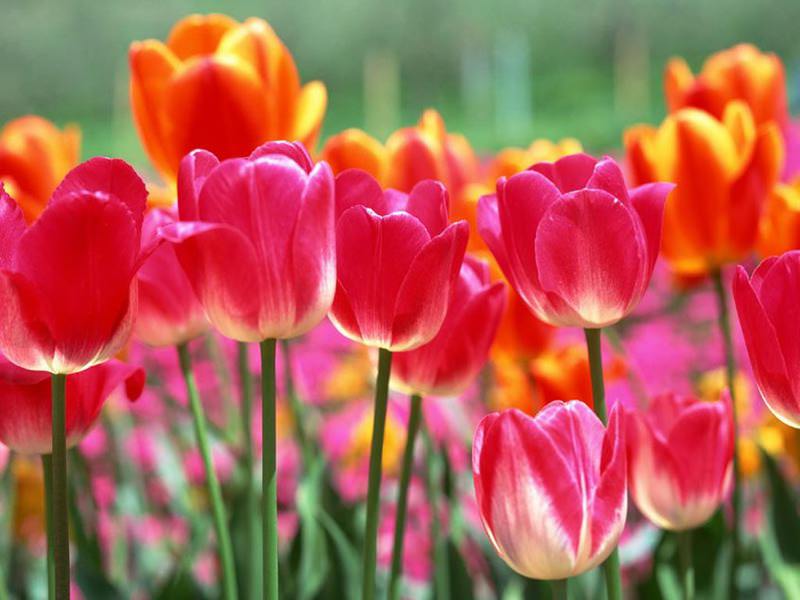 Historians refer to the years between 1718 and 1730 as the ‘Tulip Era' in Ottoman history. It references the people who were fascinated by the flower and their interest in tulip gardens. However, it is not just a period that saw high aesthetic tastes on the rise, but draws interest as a peaceful and prosperous time between periods of intense war

Turkey's national flower, the tulip, holds such importance that there is even a period known as the "Tulip Era" in Turkish history. During this era, people were fascinated by this flower, and everyone was interested in tulip gardens, tulip auctions and poems about tulips.

The Tulip Era, which marked a peaceful and prosperous period between 1718 and 1730, has become a term to describe mindless joy and pleasure.

Ahmed III was the Ottoman sultan during the Tulip Era. He was a cultured man with high aesthetic tastes. He was a calligraphist and a poet rather than a glorious soldier or a confident man of state; yet, he was a democratic ruler just like present-day European kings. He did not hesitate to bestow power on valuable viziers. He dedicated himself to rehabilitating moribund institutions and he began by eradicating the autocrats who dethroned his brother in a coup. The Ottoman army defeated the Russian Tsar Peter the Great's army in the Prut War. However, the army could not escape, so they in turn, were defeated in Petrovaradin by Prince Eugene of Savoy, who was one of the most glorious European soldiers of all time. Moreover, Grand Vizier Ali Pasha, the son-in-law of the Sultan, was killed during the battle. With the Treaty of Passarowitz, which was signed in 1718, the Ottoman Empire entered an era of peace with Europe.

The sultan appointed İbrahim Pasha as the grand vizier who also married the sultan's daughter, Ayşe Sultan. The newly-appointed grand vizier began his duty by turning his homeland, a village called Muşkara, into a city called Nevşehir. "Nev" means new in Farsi, so "Nevşehir" means new city. Following the signing of the Treaty of Passarowitz, the country enjoyed peace and prosperity. The Industrial Revolution commenced in the Ottoman Empire long before it did Europe, with paper and carpet factories. Moreover, the very first Islamic printing press was introduced during this period, although the non-Muslim community in the empire had been using printing presses for a long time. Shaykh al-Islam Abdullah Efendi, the chief imperial mufti, issued a fatwa noting that the printing press was a very useful invention.

Furthermore, an engineering school was established during the Tulip Era. International trade increased, and poetry as well as other forms of literature entered a golden era. Poets such as Nabi and Nedim, painters like Levni, composers such as Ebubekir Ağa and Tanburi Mustafa Çavuş and historians such as Naima were trained during this period. People began reading, generating new ideas and becoming curious about Europe. Ottoman tastes achieved a refined empire during the Tulip Era. Even today, when people want to use Ottoman-style decor, they prefer the style of this period. The Old Çırağan Palace – the current one built in 1867 by Sultan Abdülaziz – Yeni Mosque in Üsküdar and Sultan Ahmed Fountain are some of the most beautiful examples of this period's style. These structures as well as the mansions built in Sadabad helped the construction sector develop, and it was thought that "consumption would encourage production."

During this era of peace, the only war that broke out occurred after Russia's intervention in Iran. The grand vizier knew the consequences of Russia taking control of the Caucasus by taking advantage of the domestic conflicts in Iran, and declared war on Iran despite his otherwise peaceful politics. Nakhchivan, Yerevan, Azerbaijan and Hamadan were conquered. Nader Shah Afshar, who was one of the most notable soldiers of Asia, succeeded to the throne and stood against the Ottoman army.

Of course, not everybody was happy about the country's situation. Even the best governments bear the brunt of the people's discontent when it festers long enough. Furthermore, İbrahim Pasha aroused jealousy among certain circles. Although he was loved by most of the people, as he was honest and kind, negative propaganda was common amongst the lower classes. Some fanatical religious men who bore a grudge against the grand vizier provoked the public. İbrahim Pasha was determined to rehabilitate the janissaries, as he witnessed the wretched state of the army during the last war with the Germans. He established barracks in Üsküdar and organized a military unit that trained under the supervision of military officials brought from France. This move was enough to make the janissaries his enemy. His excessive merciful and easy-going nature paved the way for his downfall.

The government's effort to increase the value of the currency by devaluing silver did not achieve the intended result. When the mint stopped selling silver, commerce came to an abrupt halt. While the government tried to increase production, they imposed commerce taxes on merchants in order to stem the flow of imports. Meanwhile, the news that the Persians had slaughtered people in Tabriz hit Istanbul like a bomb.

The Albanian gang leader known as Patrona Halil (because he worked on a flagship, the Patrona) was formerly involved in an uprising provoked by the Venetians, but was saved from execution by an officer called Abdi Pasha. Later on, he went to Rumelia, become a janissary and became involved in another uprising in Vidin. When yet another uprising he provoked – with the help of brokers – was quashed in Egypt, he ran off to Istanbul and gained notoriety as a professional revolutionary. In Istanbul, he began selling needles and thread in a mobile stand. Halil took advantage of the unrest in the city and organized a revolt with the help of bankers, merchants and statesmen who were against the grand vizier for their own interests. When the Persian Campaign was delayed, he spread the news that the sultan intended to dissolve the janissaries. He gathered with other gang leaders at the Sultan Bayezid II Public Bath, which is a popular site for tourists and wrongly known as the Patrona Public Bath, to begin their revolt.

The rebels, who were mainly composed of tradesmen and janissaries, were victorious. They lynched the grand vizier and his son-in law, Kaptan-ı Derya, the commander-in-chief of the Ottoman navy, and deposed the sultan. The overthrown sultan kissed his successor Shahzade Mahmud on his forehead and hands before helping him sit on the throne. The pavilions, mansions and gardens decorating Istanbul were then destroyed. The Ottoman Empire thus lost its chance on its road to industrialization. The Tulip Era was a rehearsal for the Tanzimat Era, which was not an era of joy and pleasures. It is ridiculous to consider Patrona Halil, the agent of merchants, as a public hero. After a very short time, Sultan Mahmud I repelled the rebels from the Ottoman palace, and he continued to follow the reformation path forged by his uncle.

The 10th edition of the Istanbul Tulip Festival, which launched in 2005 for the first time with the motto "Istanbul meets its tulips," will be held by the Istanbul Metropolitan Municipality between April 11 and May 3. During the Festival,Tulips will blossom in the gardens, squares and parks of Istanbul, also Emirgan Park and Göztepe 60'ıncı Yıl Park will host various events. Moreover, a "Tulip Carpet" – a first in the world – in which 545,000 tulips will be used will roll into life in Sultanahmet Square. Turkish bands as well as "Ebru" (marbling) artists will offer a fun time to Istanbulites with live performances at both of the main event venues throughout the festival. The 10th Istanbul Tulip Festival will also host many artists and works of art. With live concerts by Turkish bands, Istanbulites will inhale the invigorating air of spring. Several artists will perform the art of marbling, which holds a special place among other traditional arts, at two separate venues, to once again revive the art at the annual organization.
RELATED TOPICS