A walk through Narnia 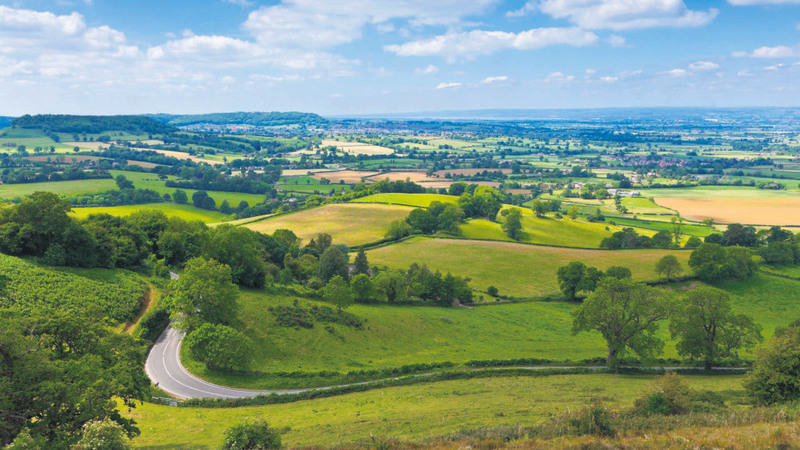 Today I would like to take you on a journey from wartime Britain to a magical land, and back to today's world. It is a bit of a bumpy ride; I just hope that you have patience with the twists and turns of the path

Many readers will have heard of Narnia. For many it is a fantasy land depicted in a series of children's books. For others it is the setting for three films based on these books, "The Lion the Witch and the Wardrobe," "Prince Caspian" and "Voyage of the Dawn Treader," all of which enjoyed success at the box office.

The Narnia books transport children to another time and another place. They are set just before and during World War II in Britain. The main characters, two brothers and two sisters, are sent from their London homes to stay with a professor in the countryside. This part of the story is based on fact; Operation Pied Piper aimed to send children out of major British cities to the countryside. This program was introduced in 1939 by the British government to protect children from the bombs dropped by the German Luftwaffe during what is known as the Blitz. It meant that children were separated from their parents and from their homes, sometimes living with relatives, or more often than not, strangers, and some children were even dispatched to different parts of the empire. While this experience was idyllic for some city dwellers, it was also incredibly traumatic for many a young child. Approximately half of all school-aged children were evacuated. They were separated from their families; often the fathers were fighting in the war while the mothers tried to "keep the home fires burning" in London.

In Narnia, the main characters are bored in the country house to which they have been evacuated. It is owned by an elderly professor who under no circumstances is to be disturbed. When the weather is fine they play in the garden, but when it rains – as it inevitably does in the English countryside – they have to find another way to while away the time. They soon concoct a game of hide and seek. Lucy, the youngest, finds a large wardrobe, and promptly hides in it. As she pushes her way to the back, she begins to feel branches scratching across her face, and parting the fur coats hanging in the closet, finds herself in a world covered with snow.

This is the kingdom of Narnia; a land of perpetual winter. Narnia is caught up in winter due to a spell put upon it by the evil White Witch. This is a land where animals speak and trees have spirits. However, the animals who can speak try to hide that they can, because as one who speaks, and thus thinks, they pose a threat to the White Witch's rule. Narnia in winter is a land where the spirits that are out and about are generally evil. However, as the children start to find their way through this wintery world, things start to change; the snows start to melt, and Aslan, the magnificent lion, arrives, bringing with him spring and rebirth.

C.S. Lewis, the author, was a devout Christian, and Christian metaphors and messages permeate the books. However, as a young child I was not aware of the Christian narrative, rather being merely enthralled by the adventure. I read it to my children, fully aware that the Christian narrative was there, but this did not disturb me for the overriding message is good triumphs over evil, that there are good and bad people in this world and you have to take up a side. And sometimes in this world, that which looks good or inviting – Turkish delight, for instance – is not such a sweet deal.

The fact that Aslan's name is Turkish for lion, and that Edmund, the youngest boy in the story, sells out his siblings to the White Witch for a box of Turkish delight and the promise of fame and fortune leads one to question, if Lewis wanted to reference Turkey. However, there seems to be no indication of this in anything Lewis or his biographers wrote. Rather, there was a fascination in the West at the time with all that was "oriental," as this was exotic and represented the other. In the end, I decided it did not really matter, and indeed, it does not. It is just a good story, whether Aslan represents Jesus or just a great big glorious lion.

What really is important is the moral that lies beneath the story. Winter symbolizes the dearth of freedom and liberty. In this winter world it is not always clear who is an enemy and who is not. People and animals can appear to be familiar and friendly, as with Edmund, while really working for the other side. They can appear to be supporting while leading you astray. In the end the other three siblings work out what Edmund is up to and are dismayed. But Edmund later becomes aware of the gravity of his error and is forgiven by Aslan as well as by his siblings. In "The Voyage of the Dawn Treader," Edmund is the hero, and he has to put up with an annoying cousin, Eustace. In the next book, Eustace becomes a hero, and so the narrative continues. There are the truly evil and the misguided. The misguided learn, improve and become heroic.

But this article is not really about Narnia, or about good and evil, or about people doing wrong and being forgiven, or about evil witches putting a crippling spell on the people of a country, leading them to live in perpetual winter with all of its deprivations and hardships,for so long that they consider winter to be the norm. Nor is it about the fact that when the thaw sets in is when the real battle begins. There is no need for a battle in the dead of winter; winter has won. But as icicles melt, as the sun begins to warm peoples' faces, that is when they remember what they really want from life. And that is when those who desire for the frozen depths of winter to continue pull out their swords and arrows and go to battle. No, this article is not about that, even if the reader may think it appropriate or timely. It is about something much simpler.

Narnia is a real place. OK, it is not called Narnia, and I have not heard the animals talking there. But in East Oxford, as you head toward Cowley there is a little road called Lewis Close. The house at the end of the lane is called The Kilns. This is the house where C.S. Lewis lived and where he wrote the Narnia series. Immediately adjacent to The Kilns is the Headington Quarry where clay was dug to make bricks to be baked in the kilns that stood where the house is today. A deep pit emerged as the clay was dug. Over time this deep pit became filled with water and became a pond.

Wildlife came to live in the woods that took over the clay pits. Today, the quarry is a nature reserve. It is this wild area that inspired C.S. Lewis to envisage another world where good and evil battle it out, and where eventually good triumphs over evil. He was writing at a time when Britain had been plunged into the winter of World War II and the Blitz. Today, in this nature reserve there are herons, geese, ducks, stoats and perhaps there is even a badger here or there.

Last week on a sunny April morning I took a walk through the nature preserve, which in our family is always referred to as Narnia. There was no one around. Well, there was a heron, looking for its breakfast and conversing with a Canadia goose – yes, there is immigration in Narnia; perhaps the UKIP has even set up a chapter. I could not hear their conversation, but they were definitely speaking to one another.

The birdsongs were deafening. In the very faint distance I could hear the sound of cars zooming along the ring road. But this was a different world. As I sat on a fallen log and contemplated Narnia in the sunshine, I silently prayed that spring would banish the winter that has fallen over the Middle East. I silently prayed that in nations where spring had been emerging for a decade or so, allowing for daffodils and tulips to peek up above the ground, that it would be allowed to continue until it blossomed into a full blown summer. I silently prayed that the forces of winter, the frost and cruel blizzards, would be kept at bay. Syria, Iraq, Yemen, Ukraine, Kenya … so many places are either suffering from a prolonged cold snap or have been thrown into the depths of winter. I prayed that spring would come to these countries, allowing the people to turn their faces up to the sky and smile again.

Winging my way back to Turkey, I pray that the sun is shining, that the snow continues to melt. I plan to go see the tulips in the parks on my return. I plan to sit on Camliça Hill, looking down at the Bosporus and to remember Narnia, the spring and the promised summer.
Last Update: Apr 11, 2015 1:52 am
RELATED TOPICS