The rose: A flower with deep roots in Turkish culture 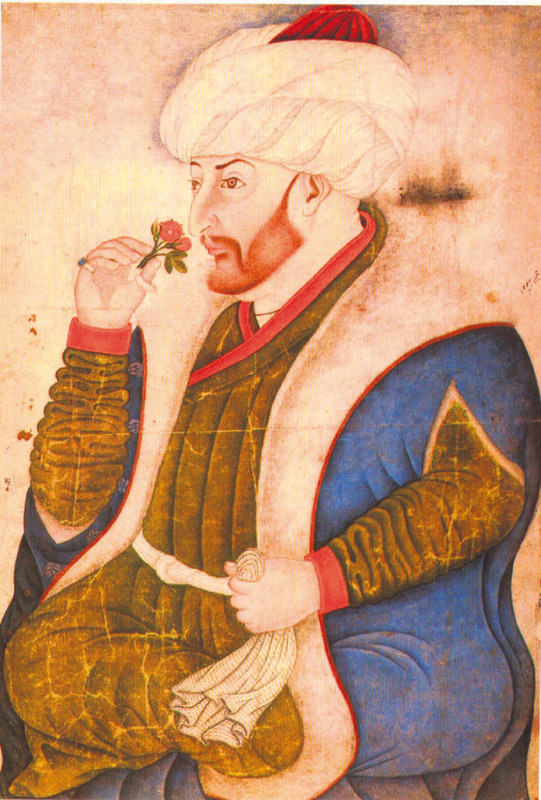 Aside from their beautiful fragrance and captivating appearance, roses hold great importance in the life and culture of Turks, including to flavor food, prepare cosmetics, medical uses and as a symbol in poetry and literature

Roses are widely considered one of the most beautiful and popular flowers in the world. Often viewed today as a symbol of love, it is the most popular choice as a gift for those wanting to express their feelings of love, joy and empathy. Undeniably, just a single rose can spark feelings of love in even the most stubborn of hearts. But did you know that behind its beautiful physique and heavenly aroma, there lies a long history of curative, culinary and spiritual uses?

It has been told for centuries that the rose creates a sense of well-being and has powerful effects on physical, emotional, and even spiritual levels. Its presence helps to nurture and heal ones emotions, while its unique form and aroma embody a sense of healing and spirituality.

The rose, or gül as it is called in Turkish, has been blossoming throughout Turkish land and culture for generations. Rose water and rose oil have been used in numerous ways by Turkish people over the years and is still being used today, where it is widely grown in Turkey and used for everything from oils and perfumes, to jams and sweets.

Steeping rose petals in water produces heavenly rose water. It is most commonly used to flavor food, as a component in some cosmetic and medical preparations, and for religious purposes throughout Europe and Asia.

One of the earliest sources of information on rose-water production is found in Anatolia, where water was produced in Nusaybin, near Mardin.

It is said that the rose water produced in this region is unique in its fragrance and its taste. The fragrant water was stored in beautiful copper jugs or vessels called Kumgans. These unique jugs are mentioned in Historical writings showing that Turkic people of the 11th century were producing and using rose water.

Rose oil is the essential oil extracted from the petals of various types of roses and commonly used in perfumes and aromatherapies.

The rose most favored for the production of rose water is the Damask rose. This flower is renowned for its fine fragrance and its petals are edible, which makes it highly popular in specialized culinary dishes. This amazing flower is found growing mainly in two major parts of the world, one being the Isparta province in Turkey, and the other, the Kazanluk area of Bulgaria.

Since ancient times, the benefits of the rose have had a significant place in Ottoman culture. The rose had a very strong importance in Ottoman medicine. In fact, this natural healing flower is mentioned in almost every medical textbook written by Ottoman physicians since the 14th century.

For instance, drinking rose sherbet was a common remedy used among the sultans and their family in the Topkapı Palace to relieve nausea and indigestion. Rose water was also used as a mild sedative and antidepressant, because it enhances moods and helps to relieve nervous tension.

The great physician Ibn-Sina, or Avicenna as he is known in the West, was the first great thinker to emphasize the benefits of the flowers unique fragrance. He states in his great medical text, "The Canon of Medicine" dating from the 11th century, that the rose is beneficial for fainting and rapid heartbeats, and strengthens the brain by enhancing one's memory. He also stated that boiling rose water and exposing the head to its steam, has healing effects and is especially beneficial for eye diseases. It was commonly used to treat stomach pain, ulcers, liver and mouth diseases, and also sore throats.

Rose water was also commonly used in the hamams or Turkish baths to cleanse the body, due to its refreshing fragrance, leaving one smelling of freshly picked flowers.

The rose does not only smell delightful, but tastes delightful too! The unique taste of the rose could be found in many delightful Ottoman dishes, and was an influential part of the palace cuisine. Rose water and rose products, such as rose confection and syrups, were used abundantly during Ottoman rule. The most popular use, however, was in the flavoring of desserts such as ice cream, jam, Turkish delights, rice pudding, yogurt and sherbet.

It was a customary tradition for the Ottomans to offer rose water to the guests that attended the palace for special meetings and events. This custom was a special tradition, and was not only practiced at the palace, but also among the commoners in their homes. Rose water could be purchased from large copper bowls at the local Bazaars in the city.

Roses were favored so much by the members of the Topkapı Palace, that there were huge gardens located south of the palace near the shores of the sea dedicated to roses. This famous park is known as Gülhane, which literary means, "rose house" in Turkish. The park is still one of Istanbul's most famous places to take a walk and "smell the roses".

The rose also resembles an important sense of spirituality, and is an important symbol in Islam. Symbolizing Prophet Muhammad and divine beauty, the rose is known as the flower of Heaven. Each year during the Muslim pilgrimage to Mecca known as Hajj, the black cloth of the Kaaba's is sprinkled with rose water from Iran or Turkey, and rose oil is burnt in Ka'ba's oil lamps, releasing the beautiful fragrance of the flower for all to enjoy.It is also written that when Sultan Mehmet II conquered Istanbul in 1453, he had the renowned Aya Sophia (Saint Sophia) church in Istanbul washed thoroughly with rose water before converting it into a mosque.The ancient flower has had a strong influence on many of history's most famous poets, including the great Sufi poet, Melvana Rumi. In the mystical Muslim tradition known as Sufism, the exquisite flower, attached to a long thorny stem, symbolizes the mystic path to Allah. Rumi writes, "What is the scent of the Rose? The breath of reason and intelligence, a sweet guide on the way to the eternal kingdom."

Although the rose is not as dominantly used today, you can still find its unique and captivating flavor available in many Turkish desserts. Some of the most popular must try treats among tourists and locals can be found in many cities across Turkey. Taste the unique rose infused jams, and rose flavored Lokum, or Turkish delights. You can find these delicious treats often mixed with pistachios in a beautifully presented package, which makes a perfect gift to take home to someone special. Rose water and oils are still widely available in Turkey as well, and are still used for cosmetic treatments. So next time you see a rose bouquet perhaps you will look past its "romantic" image and remember how many great purposes it has served over the course of history.
Last Update: Apr 12, 2015 11:35 pm
RELATED TOPICS