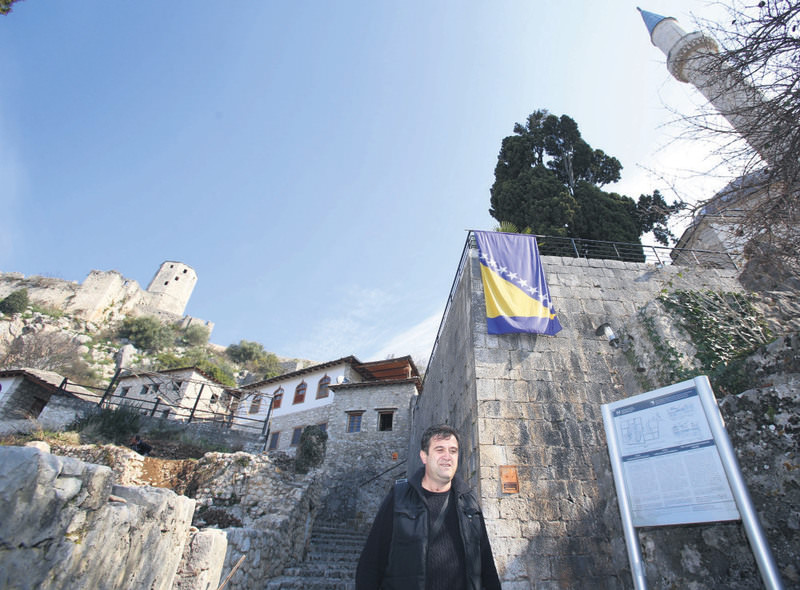 Born in Gradina, near the small Turkish village of Pocitelj in southern Bosnia and Herzegovina, Zulfikar Boskailo was a Bosnian who dedicated his life to the Ottoman army and was killed during the Battle of Gallipoli. Having served the Ottoman Empire as a high ranking military official for many years, Boskalilo fought for the Ottoman army during the war with Montenegro in 1876.

He served in İzmit before being assigned to the Gallipoli Front where he was killed; he was then buried in Istanbul. Vedad Boskailo, Zulfikar's great grandson, described his great grandfather to an Anadolu Agency reporter as "an officer who devoted his life to the Ottoman Army."

His great grandson said that Boskailo, who was born around 1850, fought for the Ottomans in many battles and offered insight to his migration to Turkey.

After the Ottomans withdrew from Bosnia and Herzegovina to the Austro-Hungarian Empire, Zulfikar was riding his horse to Mostar from Pocitelj when he came across an Austro-Hungarian army officer. The Austro-Hungarian offered Zulfikar a position in the army with the same rank and privileges he had in the Ottoman army, however, he declined the offer saying that he would not "fight against his brothers." The same night, soldiers raided the room in Mostar where Zulfikar was staying, captured him and threw him in jail in Pula, located in present-day Croatia. After six months, he was pardoned and released from prison. Once freed, he fled to Turkey without visiting his hometown. "He did not come back again. We know he fought in the Battle of Gallipoli through the letters he wrote," Vedad said.

Emphasizing that Zulfikar sent letters to his family from different addresses in Istanbul until 1916, Vedad said nobody heard from him again after 1916. "I always listened to the stories about my great grandfather Zulfikar from my grandfather and father. I grew up with those stories. He was the idol of everyone in the village," he claimed. Even today, stories about Zulfikar Boskailo are still told in his hometown, the village of Gradina.

Zulfikar Baskailo, 85, who is one of the eldest people in the village, told the reporter that his parents named him after the officer who fell at Gallipoli and expressed his pride for sharing a name with a man who is and was respected so much. He said that stories about the legendary Zulfikar have been told to generation after generation. "I did not meet him considering my age; however, I had the fortune of meeting people who knew him well," he said, and shared one of the most well-known stories about Zulfikar.

"Zulfikar Boskailo was said to be 2.25 meters tall. There was nobody as tall as him in the nearby villages. It is said that nobody could compete with him during battles, which were fought with swords. There were two entrances to Pocitelj and one of them was located near Granina. When he was going to the mosque for Friday prayers, he left his tobacco bag in a hole above the gate. As there was nobody as tall as him, he knew the bag wouldn't be stolen. I cannot even reach the hole with my walking stick," Boskailo expressed.
Last Update: Apr 19, 2015 11:26 pm
RELATED TOPICS