How were the 1915 incidents confronted by the Ottomans? 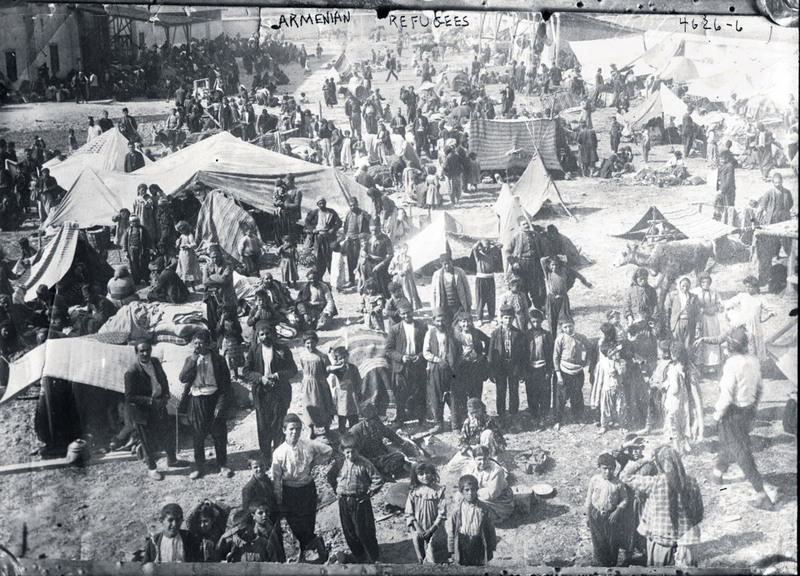 The pains endured in 1915 by Armenians living in the Ottoman Empire, due to a powerful diaspora, have become an international issue of propaganda. Ankara denies the claims of genocide, defending that the matter was nothing but the relocation of Armenians who were close to the Russian front for military security and that the real massacre was done by Armenians

Armenians are an ethnic group who have been living in the east of Anatolia for millennia and are members of an old Christian denomination called Gregorian. They were generally treated as the enemy by the Byzantine empire, which officially subscribed to the Greek Orthodox Christian denomination. The take-over of Anatolia by the Turks after the fall of the Byzantine Empire gave Armenians the opportunity to spread to Anatolia and the Balkans. The Armenian population in the Ottoman lands in 1914 was about 1,230,000, with 67,000 of them being Catholic. This was 6.6 percent of the entire population. Back then, the highest number of Armenians worldwide resided in the Ottoman empire. This population was consistently represented in the Ottoman parliament with 14 deputies.

Since Armenians are craftsmen, they held a significant place in the economy of the Ottoman empire. Their culture is also the one that resembles Turkish culture the most. Following the 1821 Greek Revolution, the Greeks lost their historical reputation in the eyes of the Ottoman government, in favor of the Armenians. Over the course of time, Armenians started to compete with the Jews, who were able to influence bureaucracy through banking. The Ottoman empire always resisted Russian pressure to give political autonomy to Armenians in eastern Anatolia.

The Committee of Union and Progress (İttihat ve Terakki Cemiyeti), founded with the support of societies of the Freemason of the World and came to power in 1913 with a military coup, decided with the Tehcir (Deportation) Law on May 14, 1915, to force the Armenians migrate to Syria, which in those days was within the borders of the Ottoman empire. Hence, 950,000 Armenians from all corners of the country, men, women, children, young and old, ailing and healthy, were taken from their homes and sent south. Istanbul and İzmir's Armenians along with Catholic Armenians and Armenians working in the military and bureaucracy were not deported.

Half of the deportees died from hunger, the cold, diseases and in gang raids. Sometimes, the military forces also turned a blind eye to these armed gangs that were mostly composed of Kurds. The Armenians who managed to make it to Syria were placed in concentration camps. Those who were able to escape on the way, fled. The deportees' children were either placed in orphanages or with Muslim families. Although according to the official statement, there were 10,000 children, it was closer to 50,000 according to Armenian sources. After being included in the state treasury, Armenian properties were distributed in accordance with the party goals of the government of the time. It was always thought that the Jewish lobby was behind this calamity that befell the Armenians. As eastern Anatolia was invaded by the Russians, the Armenian soldiers in the Russian army tried to take revenge for the deportation on the Turks living in the region.

Can the 1915 incidents be described as genocide? There was no such term back then. It is not easy to understand today whether this was actually the government's intention. Nevertheless, today, the world has a tendency to see mass deportation based simply on race or religion as genocide. Regardless of the name, World War I, which took place between 1914 and 1918, brought great calamities to the people living in Ottoman lands. In addition to the Armenians, particularly the Turks ruling the country, also experienced great difficulties under the military dictatorship.

After the military dictatorship fell in 1918, the Ottoman empire showed the courage to confront these issues. The unlawful incidents that took place on the occasion of the Armenian deportation were taken to court. Those found guilty were sentenced to various penalties. As a matter of fact, some convicts, including three governors, were sentenced to death. Almost all administrators of the Committee of Union and Progress, who fled abroad when the war was lost, were killed by Armenian assassins. Hence the case file for the incident was closed. However, the countermanding of the Ottoman empire's decisions by Ankara following the invasion of Istanbul, complicates the conclusion of the matter in this aspect. The infiltration of the newly-founded Ankara government by some members of the old Committee for Union and Progress government and their role in building the official ideology, have played a part in these difficulties.

In the Lausanne Peace Treaty that ended World War I, those who were deported from Ottoman lands were given one year to request to return and claim their financial losses. Meanwhile, nobody applied or could apply for compensation or to return. The financial and estate-related case was thus closed. Today, Ankara is afraid that if it approaches the Armenian issue softly, compensation and land claims will follow and this will divide the country. Nonetheless, a compensation, even if symbolic, may be considered for those who faced damages during the deportation. Telling the world these truths on the 100th anniversary of the deportation, acting rationally and humanely rather than aggressively, will better serve the interests of the country. Such behaviour would be an indication that Turkey has escaped the clutches of the invisible domination of the Committee of Union and Progress and is holding onto universal values.
Last Update: Apr 24, 2015 9:58 am
RELATED TOPICS