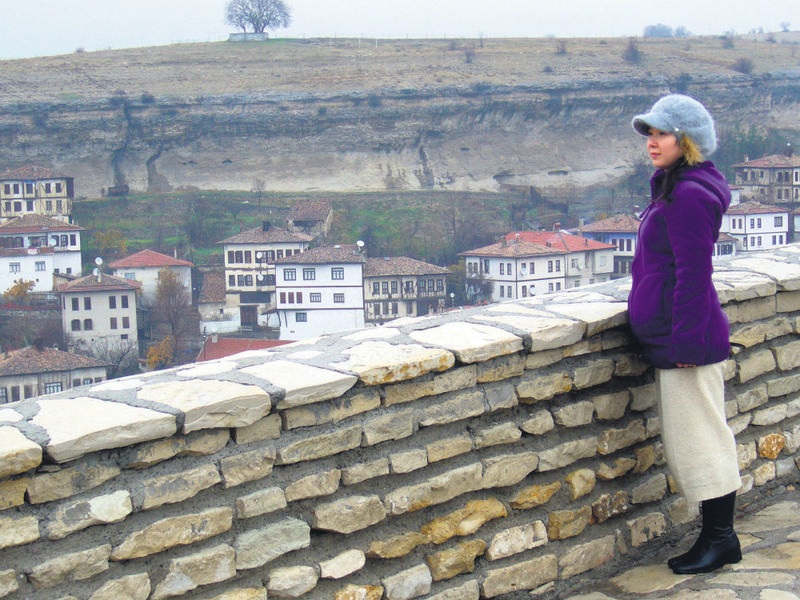 While Arabs choose the Black Sea region and Kartepe for skiing and tourism, European tourists are more likely to enjoy the beautiful sea and beaches in southern Turkey. The country is also popular among tourists hailing from far-away locations, such as Taiwan, who have an affinity for Safranbolu district in Karabük

Turkey and Anatolia have been home to many civilizations throughout history and draw tourists from every corner of the world thanks to its rich historical heritage belonging to different periods, colorful cultural structure blended with cultures of numerous civilizations and natural beauty.

Istanbul is the primary tourist attraction of the country with its history, culture and unique Bosporus Strait. The city has been considered as a home by many civilizations for thousands of years and served as a capital of three large empires. It is possible to see city walls belonging to different periods, palaces, pavilions, mosques, churches, synagogues, fountains and mansions in almost every district of Istanbul. Hosting many visitors from all over the world thanks to its unique features, Istanbul offers its guests a rich repertoire of things to do and see. Last year, people who visited the city were most curious about the Hagia Sophia Museum. With 3,574,000 visitors, the Hagia Sophia became the most visited place in Turkey last year. Moreover, the Basilica Cistern hosted 2,120,862 people last year.

The city, which is known for its historical and cultural richness, welcomes German tourists the most. A total of 9.4 percent of tourists who came to Turkey in the first three months of this year were Germans. Additionally, the number of tourists coming from Arab countries noticeably increased in the past years. Arabs are also the foreigners who purchase the most houses in the city, with 600 houses sold in Istanbul in June 2014 bought by Saudis, Qataris and Kuwaitis. Russian, German and British investors followed the Arabs.

As different types of tourism such as sea tourism, cultural tourism and skiing tourism vary between regions, each tourism spot has its own interested visitors, where some choose to relax on the beaches in southern Turkey and others prefer to explore the cultural heritage of Anatolia. Here is a review of some of Turkey's hottest tourism destinations.

According to Culture and Tourism Ministry data, Antalya – whose sea and beaches are world famous – accounts for 34 percent of Turkey's tourism income. While 30 percent of international tourists visiting Antalya are Russians, 26 percent of them are German. Following Russia and Germany, the Dutch, British, Swedish and Ukrainians are the most frequent visitors to Antalya. Tourists mostly visit the St. Nicholas Church in Demre among other historical places. Myra, the Alanya Fortress, Aspendos and Phaselis are the other historical places that draw international tourists.

While German and Russian tourists prefer Antalya, the British prefer Muğla, which is famous for its historical and natural beauties. Welcoming 2.5 million tourists every year, Muğla draws many visitors from Russia, the Netherlands, Germany, Poland and France. While the number of visitors who have fallen in love with the city and settled down amounts to 14,000, 70 percent of them are British.

Nevşehir also draws many tourists from all over the world thanks to its unique heritage of Cappadocia. Cappadocia is a meeting place for people from all over the world including Germany, South Korea, France, Spain, Italy and the U.S. The region welcomes 2.4 million people each yeah and 1.3 million of them – 55 percent – are international tourists. German tourists are the most frequent visitors to Cappadocia. One out of every three tourists visiting the region makes sure to take a hot-air balloon ride. Furthermore, tourists visit underground cities, fairy chimneys, rock-carved churches, ruins, unique valleys and museums and have a great time.

The Kartepe district of Kocaeli, which is one of the most important tourism hubs in Turkey, draws tourists throughout the year with its ski resorts and green plateaus. Kartepe is the favorite place for especially Arab tourists with its ski resorts in the winter and unique nature, green scenery, pleasant climate and authentic foods in the summer. Standing out with its touristic features, the industrial city Kocaeli welcomes more than 10,000 Arab tourists annually, and 90 percent of all international tourists visiting Kartepe are Arabs.

Southeastern Anatolia, which has not gained the attraction it deserves in terms of tourism due to terror incidents for many years, aims to make an impact on the tourism sector and become the tourism hub for culture and belief tourism thanks to the reconciliation process. The region that resembles "a jewel hidden under the ashes" mostly attracts tourists from nearby countries. One of the most important cities of the region, Diyarbakır, dates back 9,000 years and stands out with its UNESCO-nominated historical city walls, as well as the tombs of Dhul-Kifl and Elisha who are two of the 25 prophets named in the Quran. Tourists mostly visit İçkale, Soloman, Ulu Mosque and the Church of the Virgin Mary. On the other hand, the tombs of the two prophets in Eğil district, the Hilar caves in Ergani and the remains of the Çayönü and Hasuni caves in Silvan are also among the most important tourism hubs of the city. Last year, 10,950 international tourists out of 27,895 total tourists visiting the city came from Iraq.

The Black Sea Region contains different beauty in each season with its historical values, unique natural beauties and clean air, and hosted more than 500,000 tourists last year. Most of the tourists who visited the region came from Gulf countries. Trabzon, which is mostly preferred by nature-lovers, hosted many visitors from different countries with its Uzungöl, Sumela, Vazelon and Kuştul monasteries as well as Sera Lake and historical houses. The region was mostly preferred by people from Ukraine, Russia, Georgia and Greece. Rize, which is one of the most important tourism hubs of the eastern Black Sea Region, became the favorite tourism destination of Arab tourists. Nearly 35,000 tourists out of 72,000 international tourists that visited Rize last year were Arabs.

This northern Anatolian city mostly attracts tourists from Germany and Japan. Hattusa, the capital of the Hittites – one of the oldest civilizations of the world – is located near its Boğazkale district. The Yazılıkaya ruins, Alacahöyük ruins in the Alaca district and Şapinuva ruins in the Ortaköy district are among the city's rich archaeological sites. Çorum is generally referred to as an open air museum due to its deeply-rooted historical background. Last year, the city hosted 40,000 tourists.

One of UNESCO's World Heritage Sites, Pamukkale is famous for its thermal springs and travertine terraces, and mostly visited by the Russians. This white paradise draws numerous tourists, not only with its natural landscape but its antique pool, theater and Hierapolis ruins where the tomb of St. Philip, one of the 12 apostles of Jesus Christ, exists. Another natural sight significant in terms of history and nature in Pamukkale is the ancient city of Laodicea, one of the Seven Churches of Revelation, and its healing red springs in Karahayıt.

The district of Safranbolu in Karabük is another UNESCO World Heritage Site that was included in the list in 1994. Once a main caravan station, Safranbolu is home to many Ottoman-era mosques, bridges, inns, mansions and fountains. Last year, the tourist attraction hosted 54,000 people from 60 countries, mostly from the Taiwan. Including day-trip travelers, the number of tourists who visited last year amounts to 160,000.
Last Update: May 06, 2015 10:20 pm
RELATED TOPICS