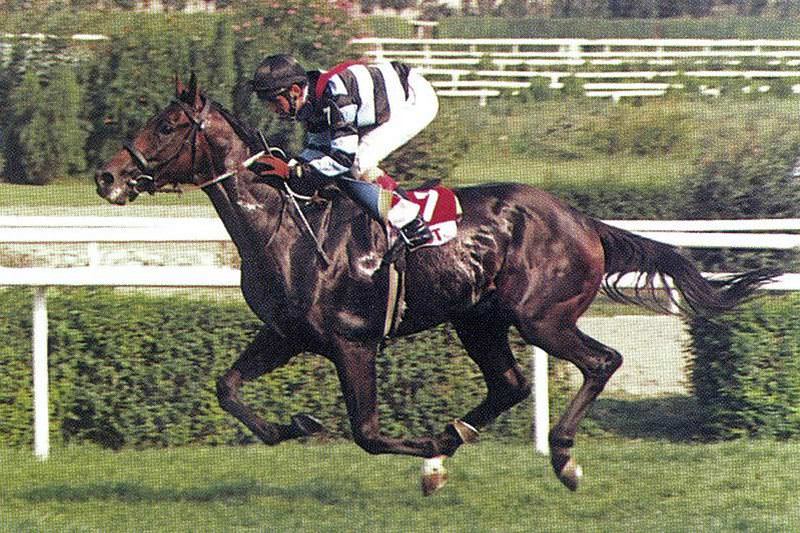 by Bülent Değerli May 06, 2015 12:00 am
Jockey Halis Karataş was just a small, elementary student when he was sitting opposite his uncle Seyfi. Already aware of her son's passion, his mother said, "Don't mind his age, he is fond of horses. Just ask him a question."

Seyfi was looking quite unimpressed with the mother's answer, yet, as a matter of courtesy, he asked Halis about his favorite horse. The little boy said, "Day Star." Uncle Seyfi was surprised to hear his answer and said, "Tell me one more." Halis then responded, "Seren."

"What a boy! He knows them at this age. Well done son!" exclaimed Seyfi. "Now, tell me your favorite jockey," he asked. The child's answer was enough to persuade him: "Kazım Yıldız." Seyfi began laughing and gave Halis a hug.

Halis has always loved horses and races. However, his fondness was beyond the public's common knowledge o the subject. He has also never considered himself an ordinary jockey. Halis was pulled into horse races thanks to his great love and admiration of these elegant animals. He is influenced by their appearance, which causes a stir in his soul. The sound of horses galloping echoing around the Veliefendi Hippodrome is what makes him excited.

Among all champion horses, Halis has never seen another like Bold Pilot. Halis was born in a village in Sivas, and he was determined to become jockey despite his family's rejections. Early in his career, he met legendary jockey Özdemir Atman's thoroughbred Bold Pilot. When he looked into its eyes, he immediately understood it was a special horse with a big heart.

Obviously there was a reason behind their meeting. Both of them were born to win. Halis and Bold Pilot became an indispensable duo. The pair won their first victory at the Gazi Race in 1996. For the last 19 years, nobody has been able to surpass Halis' record. Indeed, the two grew up together and have become the best team and a brand. His life has ultimately changed with Bold Pilot and Yavuzhan, an Arabian horse. If he had not looked into the eyes of Bold Pilot, Halis might have found himself somewhere else, on a different life path.

Bold Pilot did not only bring him success, as the story of Halis and Bold Pilot is not all about horses or championships. It also brought him luck. He married Begüm Atman, the daughter of Özdemir Atman, in 2003. Unfortunately, he lost his young wife last year. When he reached the finish line at the Gazi Race a few months after her death, Halis kissed his wedding ring as if he was saluting his wife who was watching him far away, somewhere in sky.

The legend of Bold Pilot spread around the country in the '90s. Those who are uninterested in horse races were talking about this thoroughbred. His speed was on the lips of everyone. When Bold Pilot used to appear at the Veliefendi Hippodrome, time used to stop. In fact, even the best thoroughbreds and Bold Pilot's rivals knew that he was going to win.

During its final racing years, Bold Pilot lost its fit form. Yet, hardly anyone dared to write another horse's name next to it. Following many successful and record-breaking years, Bold Pilot bid farewell to horse races. Years later, Bold Pilot appeared at the Veliefendi Hippodrome once more, prior to a Gazi Race in 2013. Bold Pilot remembered its victories and was looking as if it was about to run again. Everyone was clapping and understood what it was trying to communicate: "Tell my story to future generations. Bold Pilot was here."

The period of Bold Pilot was an era. For some, it was the most important symbol of the '90s. When Bold Pilot died last Friday, May 1 at the age of 22, many people wrote something about the horse on social media. Many remembered his victories and felt a pervasive sadness. Bold Pilot taught everyone how horses are so special, while it filled the Veliefendi Hippodrome with excitement and adrenaline. There are probably many other children whose favorite horse is now Bold Pilot, a horse that spread the culture of horse racing to the masses.


The career of Bold Pilot

Bold Pilot began racing on May 28, 1995, in the Asuvan Race where it placed first with an incredible attack in the last 200 meters, even though it did not have a good start. Bold Pilot competed and came first in the Queen Elizabeth II Race, the Association of English Horse Breeders and Owners Race and the Sakarya Race at the age of two, becoming the top colt of 1995. It became enshrined in people's hearts when it won eight championships out of nine races it competed in at the age of three. Following the Male Foal Try-out Race, Bold Pilot won the Gazi Race with jockey Halis Karataş in a record time of 2.26.22, which has yet to be outdone by any other horse. He continued his winning streak that began on Oct. 15, 1995, until the Ankara Race, which it won on Oct. 13, 1996. Bold Pilot was a champion who achieved the impossible by wining 11 top-level races within a year. In 1996, Bold Pilot could not claim a top rank at the Presidency Cup Race, but began 1997 by winning the Association of Sports Writers and Sports Clubs' May 19 İsmet İnönü and Fevzi Çakmak races. It also claimed the championship titled in the Prime Ministry and Turkey Jockey Club races the same year. Bold Pilot competed in three races in 1998 and won the Fevzi Çakmak Race. On Aug. 16, 1998, it said goodbye to the racetracks following the Prime Ministry Race as an unforgettable champion.