Women take action to be represented on currencies 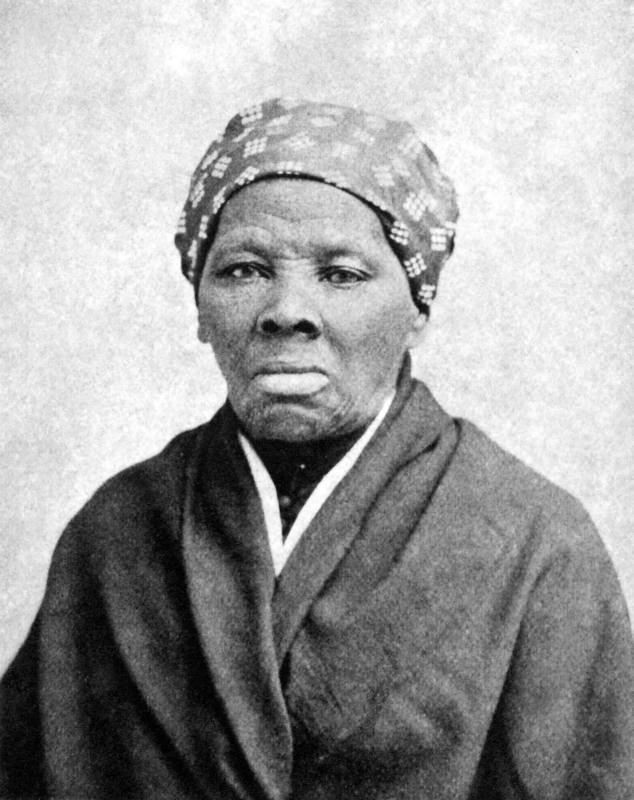 Most currencies around the world are dominated by pictures of men. While American women have begun criticizing the lack of women on U.S. currency, some countries, including Turkey, are making a difference with their currency featuring women's portraits

Women are rarely represented on national currencies, which is increasingly a cause for criticism that male domination in every aspect of life is also reflected on currency. In particular, this issue is being protested by a campaign in the U.S. that is supported by hundreds of thousands of people. American women, who form more than half of the country's population, are trying to end male domination of American currency with the Women on 20s campaign.

The activists demand that a woman's portrait be placed on $20 bills, which currently features the portrait of the seventh U.S. president, Andrew Jackson, as of 2020, and they have already conducted a survey with a list of 15 female candidates. Black American Harriet Tubman, who is a symbol of anti-slavery movements, received more than 600,000 votes and came first in the survey.

Campaign organizer Barbara Howard handed in the results of the survey along with the demands of the activists involved to U.S. President Barack Obama and answered questions from an Anadolu Agency (AA) correspondent regarding the matter.

She criticized that none of the women who shaped American history, literature and politics are represented on U.S. currency. "A group of men who decided whose portraits should be placed on the bills a hundred years ago chose names from among themselves. It is odd that women are not represented on [American currency] although they form more than half of the population and they have greatly contributed to the development of this country," Howard said.

She said the figures on the survey were chosen by taking into consideration their effect on society and the hardships they had to endure while trying to achieve their goals. She also said it is very meaningful that Tubman, who worked hard for women's suffrage and worked to put an end to slavery, came first on the survey.

"As there is still discrimination against African-Americans and women, I believe that we can break this pattern by giving them the place that they have deserved," she said.

Highlighting that they will celebrate the centenary of women's suffrage in the U.S. in 2020, Howard said: "1920 was a turning point for American women. We are very optimistic that 2020 will be a very important year for women."

As Obama gave statements supporting the campaign, Howard's optimism seems to have solid ground. While Obama was talking about a letter he received from a young girl requesting women's portraits be printed on U.S. currency, Obama said: "I think it is a great idea." Moreover, 2016 Democratic presidential candidate Hillary Clinton supports the campaign as well as Tubman being on the $20 bill. "Tubman might be the first woman on the $20 bill. It is incredible and a well-deserved development," she said.

Additionally, American citizens are showing great interest in the campaign. According to the campaign's official website womenon20s.org, more than 9 million people have visited the site so far and more than 1 million people voted in the survey. Furthermore, the campaign's Twitter and Facebook pages have tens of thousands of followers. As it seems, women's portraits might be printed on U.S. currency in the near future thanks to the support of the American people as well as politicians.

There are 167 different currencies around the world and 90 percent of these currencies have men's portraits on them while only 34 currencies features women's portraits. The U.S., which is one of the leading defenders of gender equality, is not currently one of these 34 countries even though its currency is one of the most used in the world. Other most-in-demand currencies such as the Chinese yuan, Russian ruble, Indian rupee as well as the Singapore and Hong Kong dollars do not feature a woman's picture on any of their notes.

On the other hand, Australia, whose currency features a man's portrait on one side and a woman's portrait on the other, is a prime example of gender equality on currency. The currencies of Sweden, Switzerland, Denmark, the U.K., Canada, Iceland, New Zealand, the Philippines, Israel and Norway also have a number of women featured on their currency.

Most British pound and Canadian dollar notes feature Queen Elizabeth II while the rest of the notes feature portraits of pioneer female artists. Meanwhile, the euro, which is one of the second-most commonly used currencies in the world, is ornamented with examples of notable European architecture.

Turkey is among the list of the 34 countries that feature women on its currency thanks to the portrait of Fatma Aliye Topuz, the first female Turkish novelist. While Topuz's portrait has been on the back side of the TL 50 note since 2009, Turkey stands out as the only Muslim majority country that gives a place to a picture of a woman on its currency.
Last Update: May 26, 2015 11:27 pm
RELATED TOPICS