Waqf: The backbone of Ottoman beneficence 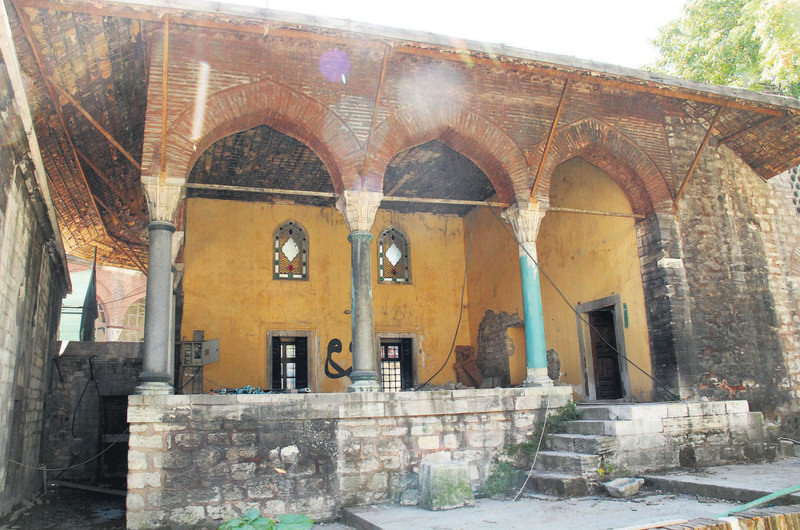 Haseki Kulliyesi, which was recently restored by the General Directorate for Foundations, is a part of the Haseki Sultan Mosque in Istanbul.
by Jennifer Çelik Jun 09, 2015 12:00 am

With Ramadan quickly approaching, the spirit of giving is beginning to fill the air in Turkey. It is considered one of the most important times to give to charity and share with others. And if you happen to be in Istanbul during this special month, you will definitely be able to feel a spiritual atmosphere

The belief that "Charity pleases God and brings God's blessings" influenced most of the decisions made during the time of the Ottoman Empire, as the Ottomans were particularly passionate in this regard and excelled in securing its people against poverty.

For six centuries, the Ottomans widely succeeded in eliminating poverty through the waqf (foundation) system. Waqf is a non-transferable religious donation governed by Islamic law, typically involving a building or property for religious or charitable purposes. The donated assets are held by a charitable trust and the profits from the assets are distributed to help the poor.

Through this system, buildings and land were used to provide education, medical services, food, water and many other essential services to those in need, and to help develop the capital. During the Ottoman period, waqfs were highly developed and played a very important role in the socio-economic order of the empire.

The act of giving charity is a very important part of Islam, which in turn shapes the society and the character of its people. It was "the way of life" for the Ottomans, who have since left behind a legacy of their charitable work. The remnants of such projects and ideas can still be seen throughout Istanbul and in parts of Turkey today.

While strolling through the streets of Istanbul, there are certainly many things to discover that hold old traditions and historical pasts. You may come across historical sites or objects without even knowing that they were used to serve a great charitable purpose.

Some of Istanbul's waqf institutions such as the Süleymaniye Külliyesi (complex) and Haseki Sultan Imaret are still operating and benefiting society. The Haseki Sultan Mosque, designed by the famous architect Mimar Sinan, was built in 1539 and consists of a madrasa (school), a hospital (Haseki Dar al-Shifa) and a soup kitchen (imaret). Haseki Hürrem Sultan, who was Sultan Süleyman the Magnificent's favorite wife, also had an Ottoman public soup kitchen established in Jerusalem to feed the poor during the reign of Süleyman. The imaret was part of a massive waqf complex built in 1552, and the complex also consisted of a mosque, a 55-room pilgrim hospice and an inn (han) for travelers. She also sponsored religious endowments in other cities like Mecca, Damascus, Baghdad, Konya and Edirne.

Many Sultans, along with their wives, ordered bathhouses to be built in cities along with fountains that provided clean drinking water to the public. These were not just your typical public water fountains, but rather large marble or stone buildings that were intricately designed with fine details. It is said that each fountain has a story, and an inscription carved on the frame at the top of the fountain usually gives the name of the person who endowed it as well as the water source and construction date. These fountains are decorative features in outdoor public spaces and squares, and some are still in use today.

Another remnant you may come across is the "sadaka taşı" (charity stone). These stone structures can be hard to notice and are usually found standing in a mosque courtyard or in a discreet corner. Although no longer in use, some still exist today that have been preserved over the years. These Ottoman stone pillars were a very simple idea that served a great purpose. They were approximately the size of a person and had a hollow area at the top. The system was simple: A rich or able person would donate money by reaching up to the top of the pillar and would leave their charity in the niche. Later, a person in need would come to the pillar, reach up and take just enough money for what they needed, leaving the rest behind for the next needy person. The Ottoman mentality was to treat all people gracefully and with care, no matter rich or poor.

As a hadith (prophetic saying or tradition) of the Prophet Muhammad goes, "One of those who God's shade will cover, on the day where there is no shade but His shade, will be one who gives sadaqa [charity] and conceals it so that his left hand does not know what his right hand gives." So, this simple charity system protected both the rich and the poor. It preserved poor people from turning to begging on the streets and facing humility, while allowing the rich to give in secret without anyone knowing how much they were giving or enabling them to boast that they were being generous. The reason why the stones are generally located in a discreet corner of a mosque or courtyard is so that people would not be noticed when leaving, donating or taking what was offered.

To think a similar system would work today is unimaginable. Just try to picture an open bank account where rich people could deposit money and the poor could simply stop by and withdraw what they needed so they would not have to beg on the streets. The general public would most likely take advantage of it and withdraw money before the poor could even get to it, while some might take more than they need and leave none for the others.

Another simple system of charity that was a common practice – and can still be seen in some bakeries today in Turkey as "pending bread" – is "bread hanging." If someone went to buy bread, they would buy an extra loaf and hang it on a hook in front of the bakery. This way someone in need could come and take a loaf of bread home for their family.

Ottomans also had waqfs for the care and protection of animals. Look up when you are visiting an old mosque, library or an original Ottoman-style home. You will notice the birdhouses that were built directly onto the roofs of many buildings and homes, most being extremely old with extensive detail. The birdhouses are a symbol of the value and importance Ottomans placed on animals.

The concept of the waqf system ensures more balanced socio-economic cohesion within the community. A society will not function correctly when it has some people swimming in wealth, while others are starving and cannot provide the basic essentials for their families in terms of housing, healthcare and education. The Ottomans practiced protecting the well-being and the rights of the individual; however, communal well-being was also an important aspect of the empire's foundation, as it was built on Islamic traditions that hold communal well-being in high esteem. Furthermore, high wealth inequality between the rich and the poor does not benefit the economy or social well-being.

The Ottomans saw the waqf system as a tool in order to help society grow together rather than leaving individuals isolated and alone, unlike today where individuals are left at the mercy of the free-market. Although some developed countries provide "Band-Aid solutions" in the name of being a welfare state, the crisis of the free-market – or the neoliberal system – does not allow for less privileged individuals to catch up. Ultimately, the crisis widens the gap between the rich and the poor, and the developed countries and the developing countries.
Last Update: Jun 10, 2015 4:29 pm
RELATED TOPICS