History's oldest board game is still the apple of gamers' eye 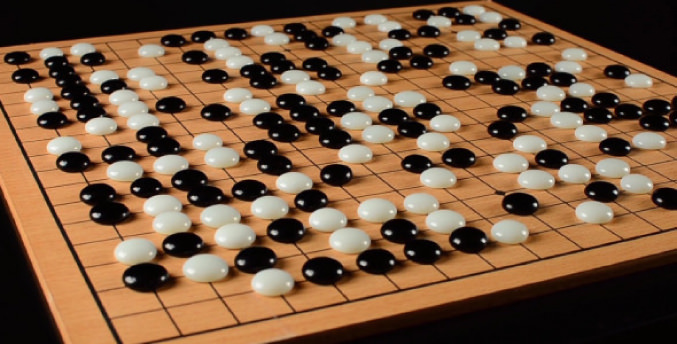 When the words ‘strategy' and ‘game' come together, our minds often wander off to bishops, knights and pawns. Indeed, chess is known as the "game of kings," but if we set our sights towards the Far East, the game "Go" is the biggest brain-worker in terms of strategy

Dating back to Confucian Analects, Go has more than 2,500 years of history, culture and a player base that has carried the game into the modern era with significant popularity. While the game originated in China, it spread to other neighboring cultures, such as the Japanese and the Koreans, and they have given unique names to the game such as "Igo" and "Baduk." With its roots stretching back to the Zhou Dynasty, we see many references of the game both in historical texts and today's modern adaptations of historic times. There was even a manga (Japanese comic) and an anime (Japanese animation) regarding Go called "Hikaru No Go." As the manga sold more than 22 million copies, we can say with certainty that the rising interest of young people in Go affected sales in no small way.

Before jumping into the modern state of Go as a professional competition or as a favorite pastime, let's first lay out a quick summary of the game's mechanics. A traditional game of Go takes place on a wooden board with a 19x19 grid. However, since a board this big would present problems for newcomers, there are 9x9 and 13x13 boards available as well. There are also historical mentions of 17x17 boards, but those became obsolete. The pieces in the game are very simple: Players chose either black or white stones and place them at the intersections of the board's lines. The goal of the game is for a player to capture the most space on the board. A stone cannot be moved on the board, and a player must place a new stone on the board during every turn. Only the opponent can remove an opposing colored stone by capturing it, by completely surrounding it with his or her own stones. While the rules might seem simpler compared to chess, as there are only two possible actions the stones can take compared to the unique movements of chess pieces, the moves that are possible in both games beg to differ. In chess, there are 10,120 possible moves, while this number is 10,761 in Go.

Games rely on plays that either capture or remove pieces as well as a combination of the two, but one tactic remains dominant: The ability to read your opponent and the future of the game. Explaining the intricacies of Go requires a much larger space than this article can permit, but the foremost organization and authority on Go is the International Go Federation (IGF). Founded in 1982, the IGF serves as a connecting hub for Go players worldwide, binding them and their own associations together under its roof. Even though Go was first introduced in China, today its heart beats in Tokyo where the IGF's headquarters are located. Nevertheless, the IGF is a multicultural organization whose board of directors is chosen from different geographic areas of the world. The current president of the IGF is Seokhyun Hong, also the chairman of the Korea Baduk Association.Currently, the IGF has 74 member countries and Turkey is among them with a fairly active Go-playing community. Founded in 1993, the Turkey Go Players Association was one of the first-organized Go communities in the European Go Zone. Apart from holding local tournaments and workshops to promote Go, the Turkey Go Players Association will also host the 2015 European Women's Go Championship next month. The event will take place from July 11-12 in Antalya's Çıralı region, a city already booming with tourism. So if the game interests you, check out the tournament for a great opportunity to interact with the international community and improve your own skills.

It is not the first time that the Turkish Go Players Association has hosted an international event, as they were also active during the 2011 European Pair Go Championship. The tournament was held in from May 28-29, 2011 in Istanbul.

While the Turkish Go Players Association provides an international outlet and a binding force for Go enthusiasts in Turkey, cities such as Istanbul, Ankara, İzmir and Eskişehir also have their own societies for fellow Go players to come together. Significant technical universities, such as Middle Eastern Technical University (METU) and Istanbul Technical University (İTU), feature a Go club as well. For younger players, a couple of initiatives introduce Go to middle and high schools, but apart from being implemented in a few private schools, such initiatives have not been very successful.

With the lack of local success and international prestige, Go in Turkey may still have a long way to go in order to compete with its Far Eastern counterparts. However, with the rising interest in the country, that day may be nearer than expected. Putting aside competition, though, I encourage you to enroll your mind in a mental gym and give Go a try. The results might surprise you!
Last Update: Jun 10, 2015 11:37 pm
RELATED TOPICS