A history of unjust executions 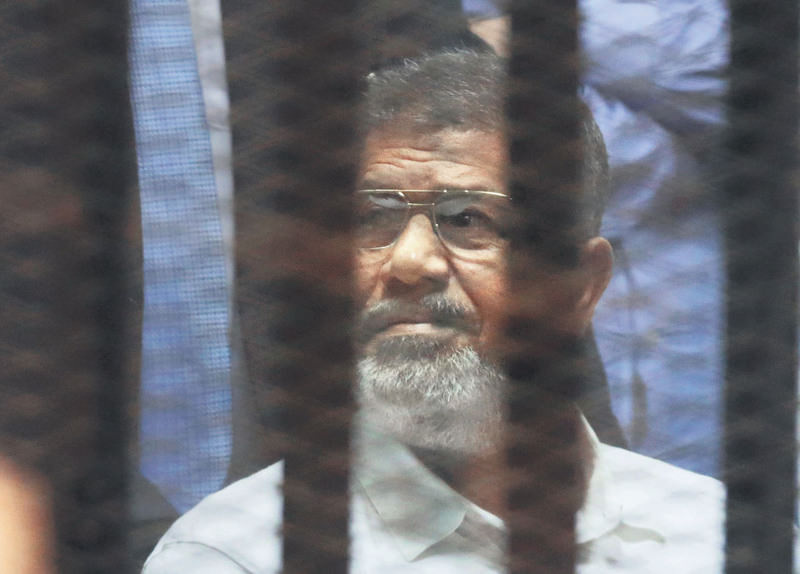 History repeats itself, this is something everyone is aware of. But it seems that sometimes we forget and are taken aback when events unfold in an unexpected way. Egypt's overthrown President Morsi's death sentence is just a new step in this circle

Last week's death sentence for former Egyptian President Mohammed Morsi is an example of history repeating itself. But still we were caught unaware. While most commentators were aware that it was highly likely a death penalty would be handed down, the actual deliverance of it caused outrage and anger in many parts of the world. However, the Western world displayed a milder version of this outrage. White House spokesman Josh Earnest said that the U.S. "was deeply troubled by the politically motivated sentences that have been handed down against former President Morsi ..." U.N. Secretary-General Ban Ki-moon said he was "deeply concerned" and the EU said this was a worrying development. None of these are blasts against the inhumanity and unspeakable horror of an elected president being sentenced to death by the courts of his own country.

However, this is nothing new – history repeats itself. In medieval times many kings were deposed by their opponents and were summarily executed without even the pretense of a trial.

Although history repeats itself, things have changed. Nowadays former leaders are put on trial by those that are trying to get rid of them. But the result is the same, an execution at the hands of the state that they once ruled. 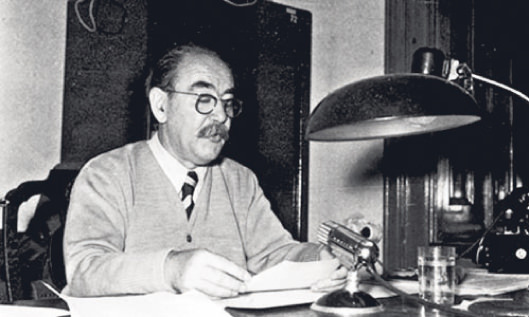 Imre Nagy tried to lead Hungary toward a multiparty political system in which there would be free elections but he was put on trial by the Soviets, sentenced to death and hanged in June 1958.

One such name that is recorded in the annals of history is the Hungarian Imre Nagy. In the mid-1950s, Nagy was dismissed from the Council of Ministers by the Soviets. During the Hungarian anti-Soviet revolution of 1956, Nagy was made chairman of the Council of Ministers by popular demand – popular demand in a Communist country, very unusual during these times. He tried to lead his country toward a multiparty political system in which there would be free elections. In addition, Nagy announced that the country was no longer part of the Warsaw Pact and asked for Hungary to be recognized by other nations as a neutral power. The Soviets responded to this neutrality by sending in tanks. Nagy and some of his supporters sought refuge in the Yugoslavian embassy. As Nagy was leaving the embassy he was arrested and charged with treason. Nagy was put on trial by the Soviets, sentenced to death and hanged in June 1958. It was claimed that Nagy had been executed so that Soviet Premier Nikita Khrushchev could give a "lesson to all other leaders in socialist countries," thus putting an end to the thaw that had started to spread throughout the Communist world.

Another tragic example of an elected leader being executed is that of Prime Minister Patrice Lumumba, who lived from 1925 to 1961. Lumumba was an important leader of the independence movement in the Republic of Congo, helping the country become liberated from Belgium. Lumumba was the first democratically elected prime minister in Congo. However, only 12 weeks after Congolese independence his government was overthrown by a coup. The chief of staff, Joseph-Désiré Mobotu, was instrumental in Lumumba's arrest and his subsequent treatment. Although the authorities originally said that there would be a trial, Lumumba was beaten, tortured and then executed by firing squad. Three weeks later it was announced that he had been killed by villagers.

The announcement of Lumumba's death led to protests in several countries, with people marching on Belgian Embassies. Belgium was seen to be implicated in the assassination of Lumumba, and later the Belgian commission admitted that the Belgian government had wanted Lumumba arrested, that they were not concerned with his physical well-being and although aware that his life was in danger, did nothing to protect him.

Mobotu took the life of other leaders in Congo, thus securing himself the place as ruler and dictator of the country, which he renamed Zaire. Moboto received great support from the United States, as he was ostensibly anti-communist, although he imposed single-party rule in which all the power was in his hands and created his own personality cult. 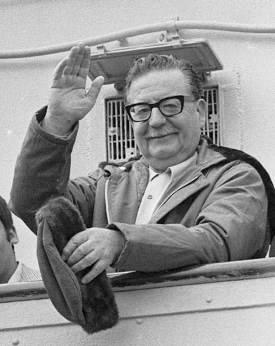 Salvador Allende, who was trying to introduce socialist reforms in Chile was overthrown by the military. After a CIA-backed coup, he was pronounced dead and it was claimed that he had committed suicide.

Let's leap to the 1970s and change continents once again. The time is the early 1970s in Chile. Salvador Allende was the socialist president of the country. He was trying to introduce socialist reforms consisting of nationalization and collectivization. However, the legislative and judicial branches did not share Allende's penchant for socialism, and tension was growing. It was during this time, in 1971, when the first "cacerolazos" took place. A cacerolazo is a protest in which women bang on pots and pans, in protest of shortages, objecting that they have no food to put in their pans. Istanbul witnessed such protests by residents of certain areas of Istanbul. The protests here were not against shortages. Protests grew until 1973 when the military, with backing from the CIA, moved to overthrow Allende.

In response to the military's threats to remove him from office on the basis that Allende had committed a number of crimes, including "ruling by decree" and taking over the national television channel, Allende responded: "... I solemnly reiterate my decision to develop democracy and a state of law to their ultimate consequences. ... Congress has made itself a bastion against the transformations ... and has done everything it can to perturb the functioning of the finances and of the institutions, sterilizing all creative initiatives." Allende made a final speech in which he vowed not to resign, however only hours later he was pronounced dead and it was claimed that Allende had committed suicide.

One example from Africa, one from Europe and one from South America. Later in the same decade, an elected leader from the Subcontinent was put on trial and executed. Zulfikar Ali Bhutto, who lived from 1928 to 1979, was the ninth prime minister of Pakistan and the fourth president. Bhutto was educated in both the U.S. and Britain, training as a barrister in London.

Bhutto was a well-educated man who wanted to rebuild Pakistan, to "rebuild confidence and rebuild hope for the future." A new constitution was introduced in 1973, and Bhutto made the transition from the office of president to that of prime minister, an office that had just been given new powers.

Bhutto played a leading role in the atomic bomb program, one that made many Western nations uneasy.

In 1977 Bhutto's party won the elections, but the right-wing parties claimed that there had been fraud and violence erupted. General Mohammed Zia ul-Haq, chief of staff of the army, deposed Bhutto in a coup. Bhutto, the prime minister, was tried and executed by the supreme court.

Bhutto is a contentious figure. In fact, it has been claimed that thousands of people cheered when he was arrested in 1977. But it is clear that his arrest and subsequent execution were neither fair nor transparent. Bhutto was arrested for the murder of a political counterpart. But the judge found the evidence to be "contradictory and incomplete." Immediately after this, the judge who made this ruling was removed from the bench. Three days later Haq arrested Bhutto again, but this time under martial law. When demonstrations broke out, Haq cancelled the upcoming elections. The twists and turns in this story do not end here. During the trial the defense lawyers were often interrupted, and none of their objections were put on the record.

Ramsey Clark, the 66th U.S. attorney general, predicted that Bhutto would be executed, claiming that the proceedings were a "sham" held in a "kangaroo court." In a talk at Stanford University, Clark suggested that the CIA was behind the removal of Bhutto from office. Clark said: "I don't believe in conspiracy theories in general, but the similarities in the staging of riots in Chile and in Pakistan are just too close." He also said: "As Americans we must ask ourselves this: Is it possible that a rational military leader … could have overthrown a constitutional government, without at least the tacit approval of the United States?"

Clark went on to predict that Bhutto would be executed quickly in order to head off a political comeback in upcoming elections. More significantly, Clark uttered ominous statements that "Bhutto's execution could set off the single most dramatic change in world power alignment since World War II." The Soviet Union had always wanted to attain warm water ports as does Russia does today. Clark claimed that "the road to the Persian Sea has to be a golden road." The road to the Persian Sea for the Soviet Union is through Afghanistan. Clark claimed that the U.S. must have given tacit support to the military to overthrow a democratically elected government, and moreover, the dictatorship in Pakistan "daggers the underbelly of the Soviet Union."

From a foreign policy point of view, dictatorship that owes allegiance is preferable to a democracy, the head of which is determined by the people. Such a head of state is not answerable and can be recalcitrant.

Indeed, only two years after Bhutto's execution the Soviet Union entered Afghanistan and the almost immediate counter attack was the start of the long years of war that destroyed the country. Reports make it clear that Haq was supported by the CIA in subsequent years and that the CIA ensured he stay in power as president. However, Bhutto's legacy lived on in his son, Murtaza, who was assassinated, his daughter Benazir, who was also assassinated, and his granddaughter, the author Fatima Bhutto who is still alive .

If you look at the dates of these tragic events, events that surely can only be called crimes, it is possible to feel slightly smug. Of course, these were all over 40 years ago, in the 21st century such terrible things should not happen. But they do and they are. Do not believe for one minute that what is happening to Morsi is any different than the four examples above. Someone, somewhere has an ax to grind. Morsi was an elected leader. Unlike his predecessors, all elected with more than 88 percent of the vote – a sure sign of a dictator – and his successor, Abdel Fattah el-Sissi, who was elected with 97 percent of the vote, Morsi attained 52 percent of the total vote. And this 52 percent is a sign of a healthy democracy.

Elected leaders are much harder to control than dictators who have direct or indirect support of an interested nation. The lack of an outcry by the Western world when Morsi was so summarily deposed, with the Americans shaking their heads and saying "tut tut" to what was clearly a coup, and the lack of foreign indignation or anger at Morsi's being sentenced to death is nothing new. But that does not mean it should not shock us.

It is interesting that in 1998 Ramsey Clark wrote: "The new evil empires, terrorism, Islam, barely surviving socialist and would-be socialist states, economic competitors, uncooperative leaders of defenseless nations, and most of all the masses of impoverished people, overwhelmingly people of color, are the inspiration for new campaigns by the U.S. government … shoot first and ask questions later, to exploit, to demonize and destroy." This was written before 9/11. But everything written in this paragraph echoes what was to come. We were warned.
Last Update: Jun 19, 2015 10:48 pm