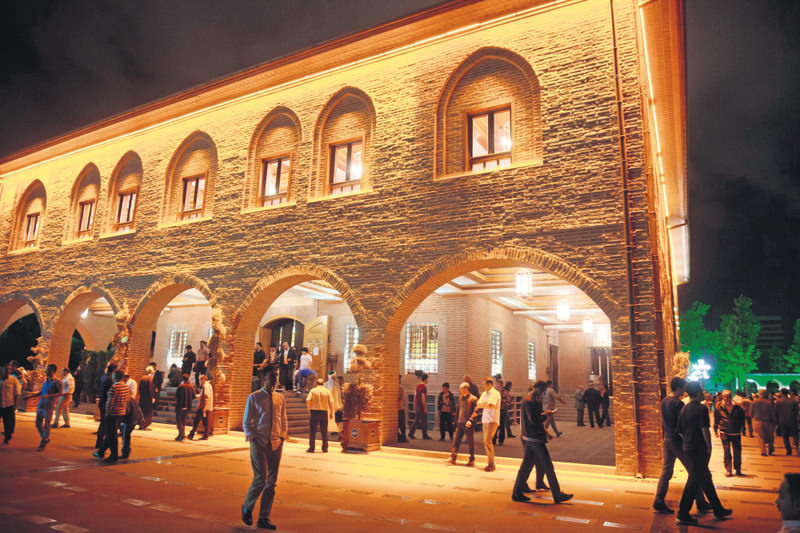 Ramadan, the holy month of fasting for Muslims, has a different atmosphere from the other months of the year. This atmosphere owes its uniqueness to iftar tables, vigorous Tarawih prayers and the people who pack the mosques 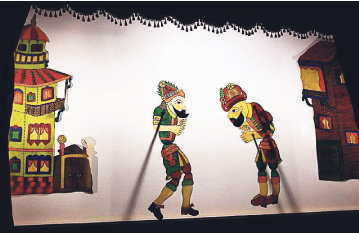 Traditional theater characters and plays are performed such
as Karagöz shadow plays.

One month, among the 11 others of the year, bears a great importance. Called "the sultan of 11 months" by Muslims, Ramadan differs from the other months with fasting, which is performed during the day, and Tarawih prayers, which are performed together at night.

The word Ramadan refers to the intense effect of the sun's heat on sand and rocks, in old Arabic. When months were named, each of them was named according to the season. As the month of fasting coincided with extreme hot weather that year, it was named Ramadan. Since this holy month is the time of fasting, it is believed that this month burns up the sins. Also, the Quran began to be revealed during this month. Laylat al-Qadr, which is the anniversary of this occasion and is believed to be "better than a thousand months," is also celebrated during this month.

The Islamic world uses the lunar calendar, which is based on cycles of the moon. It takes 29-and-a-half days for the moon to complete its cycle around the Earth, and the period of 12 lunar months is equal to 354 days. Therefore, the date of Ramadan, like other holy days in Islam, shifts back 11 days every year according to the solar calendar.

Thus, it does not occur in the same season every year. Every 33 years, the lunar and solar calendars overlap on the same day.

The first day of a month starts with the rise of the new moon in this calendar. One or two days before Ramadan, the new moon is observed. If it is seen, the coming of Ramadan is announced from the castles of every city by firing canons. If the new moon is not seen, the previous month is completed to 30 days and the Ramadan starts at the next day. There used to be people who were especially assigned to this job.

The most important characteristic of Ramadan is fasting. As it is performed in Judaism and Christianity in different ways, Islam also commends fasting. Fasting begins when the first light of the morning shines and ends with sunset. These times are announced by people who play the drums, as they walk up and down the streets. During fasting hours, it is forbidden to eat, drink any kind of fluid, use any kind of pleasure-inducing substance such as cigarettes or have sexual intercourse. Muslims are expected to be more careful about their religious duties during these sacred days. People who are addicted to tobacco perhaps have the hardest time during this month. However, bearing the hardships of fasting is also considered as a good deed. People who are ill, pregnant, drudge, expeditionary or breastfeeding, as well as the elderly, do not have to fast. When these reasons are no longer present, they can fast to compensate any time before the start of the next Ramadan.

Ottomans began preparing for Ramadan well beforehand. The mosques were cleaned and working hours were adjusted according to the fasting hours. Schools were closed and people were idle while religious performances increased. People went out to shop near the end of fasting hours and markets were set up for Ramadan featuring goods special to this sacred month.

People try to be more generous in their household and to their friends during this month. During the Ottoman period, iftar dinners were hosted in every house from palaces to the smallest residences. Dinner tables were set up for the guests of statesmen and wealthy people in the upstairs section of their mansions while tables were prepared in the downstairs for people passing by on the street. People raced with each other to host iftar dinners for their close circle of friends as well as the poor. Each dinner table shines more than usual during Ramadan.

Other food specialties of Ramadan are dates and "güllaç." Dates are a fruit that grow in Arabia. Thus, Muslims hold them in great esteem as if it were something sacred. On the other hand, "güllaç" is a light dessert that is made of dough, nuts, milk, rosewater and fruits and is unique to Ramadan.

Ramadan is the month of abundance. The poor are watched over more than usual and the wealthy send monthly supplies to the houses of the poor before Ramadan starts. Those who do not fast, even non-Muslims, usually do not eat out in the open, showing respect to those who fast.

The most important event during the nights of Ramadan are Tarawih prayers that are performed together with the community. The young and elderly, who has time and those who are healthy enough go to the mosques and show great care to perform this prayer that is very hard to perform. Since this prayer is longer than regular prayers, hymns are chanted in intervals. The hymns chanted by the sweet-voiced muezzins in bigger mosques are in compliance with each other in terms of mode and meaning.

During this month, mosques are also lively in the mornings. People pack into them, religious scholars preach and mevlits that are based on the poems about the life of Muhammad are chanted. Well-known hafezes recite the Quran and people listen and follow along. The Quran features 30 different parts and is recited from beginning to end during the 30 days, which is considered a good deed by Muslims. In Ramadan, people visit the tombs of their loved ones as well as important figures of the Islamic world.

During the early period of Islam, all the candles in the Prophet's Mosque in Medina were lit. Starting from the 1500s, placing candles between the minarets, which is called "mahya," became a tradition in Ottoman lands. These mahyas are composed of religious sayings or pictures related to the concept.

The hair that fell down on the ground while Prophet was triming his beard was kept by his loved ones. One of the characteristics of Ramadan is visiting certain families and mosques that keep some of this hair, which is called "Sakal-ı Şerif". Moreover, two of the prophet Muhammad's sweaters, which are preserved in Istanbul, are also visited by statesmen and the Muslim community.

Normally, nobody wanders in the streets late at night. However, bazaars and cafes stay open until morning during Ramadan. Those who finish their Tarawih prayers swarm these cafes and watch the traditional theater characters and plays are performed such as "meddah" (story teller), "orta oyunu" (light comedy) and the Karagöz shadow plays. Toward the end of the 19th century, theater companies that staged dramatic plays also began to perform.

When Ramadan is over, one of the two biggest eids (festivals) for Muslims begin and lasts for three days. This festival, during which fasting is forbidden, is called Eid al-Fitr. "Fitr" means breaking fast. As eating sweets was a habit of the prophet Muhammad during this time, it is also called The Sugar Holiday.
Last Update: Jun 19, 2015 12:39 pm
RELATED TOPICS