The surname law: A profound change in Turkish history 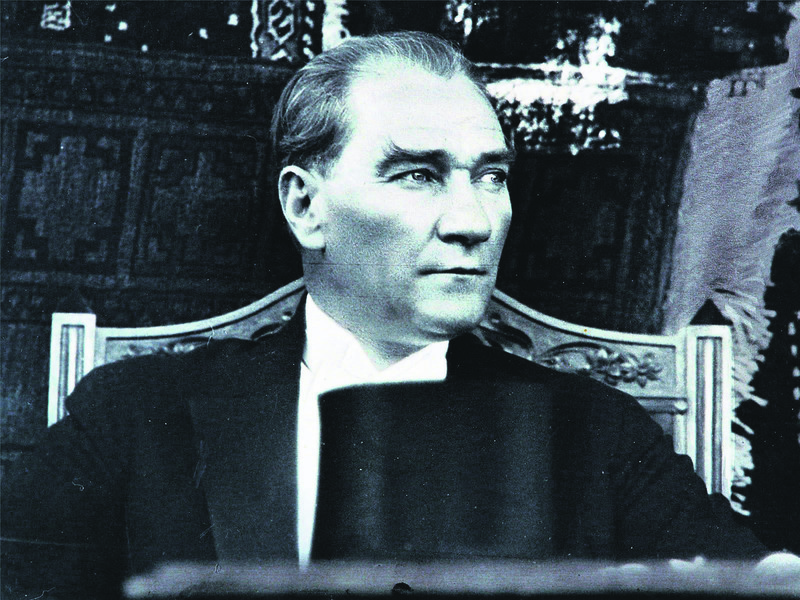 The surname law adopted eight decades ago forced all Turkish citizens to choose a surname for their family and forbade addressing people by titles. People adopted surnames related to their ancestors, historic events or simply related to the holder's profession or personality

Just 81 years ago, Turkish people were confronted with a new law that would make them choose a formal, legal family surname – a profound change in the ordinary life of Turks who had been dealing with a series of radical reforms in their newly established country.

Starting in the early 1920s – after the Ottoman Empire collapsed and Turkey was declared a republic – numerous social, political and economic reforms were passed with the aim of transforming Turkey into a modern country. Among these deep social changes was the Surname Law adopted on June 21, 1934, which required all Turkish citizens to choose a surname for their family.Before 1934, Turks, as well as other ethnicities living in the Ottoman Empire, had no surname. People were addressed with titles like "hacı" (pilgrim), "hoca" (teacher), "ağa" (master), "paşa" (general), "hafız" (someone who has completely memorized the Quran), "lady/madam" and so on. Others were called with a reference to their hometown, like "Konevi" (meaning from Konya).

Although the new law was intended to ease daily life, not everybody was happy. Among them were some prominent Turkish names including Halide Edip Adıvar, a novelist, nationalist, and women's rights activist, and Nihal Atsız, an author, poet, and a leading supporter of the pan-Turkist ideology. Adıvar argued that she did not need a surname as her family was already a well-known one. Atsız said it was a sign of a lack of confidence, something done for the sake of aping Europeans. Not everyone agrees. "It is definitely good that we adopted surnames, otherwise we would have to do it today in order to harmonize with world standards," says the author of a book on the history of surnames.

Emine Gürsoy Naskalı, an academic at Marmara University in Istanbul, describes objections to the Surname Law back in 1930s as "nonsense." The surname law was a symbol of being an individual, and a citizen, Naskalı tells Anadolu Agency. "Today, even surnames are not enough – we also need to use ID numbers," she says, adding it was a good reform.

Some other far-reaching legal reforms included: the abolition of the Sultanate in 1922, the abolition of the Caliphate in 1924, changing the capital city from Istanbul to Ankara in 1923, abolishing sharia courts in 1924, implementing a Turkish-language call to prayer in 1932, and providing political rights for women, namely the right to vote and be elected in 1934.

However, it was perhaps the language reform from Ottoman to Turkish script in 1928 that had the biggest impact. The overnight change from one writing system to another became one of the most drastic and criticized reforms of the time, as lots of people had to live in a new society where they could not read even a single letter in their new alphabet.

After this new alphabet composed of Latin letters was adopted, illiteracy in the country suddenly stood at 100 percent. Scholars of yesterday became ignorant today. Six years after the Turkish alphabet reform, the Surname Law required that citizens choose a "Turkish surname".The first to benefit from the new surname law was Mustafa Kemal, who was given the surname "Atatürk" (meaning: Father of the Turks) by the Grand National Assembly, and Ismet Pasha, who took the surname "İnönü," and went on to become the country's first prime minister and its second president. A secondary law stipulated that the surname "Atatürk" would be dedicated to Mustafa Kemal only, making it forbidden for anyone else. Even his sister received a different surname.

Article 1 of the Surname Law said: "Every Turkish citizen must have a surname in addition to his/her first name" – "a right and responsibility" that falls on husbands according to Article 4 of the same law.

Therefore, the head of every household, in other words the male, in the-then 16-million-strong country tried to find the most suitable surname for his family. Each had a different story.

In her book "Surname Stories in the History of the Republic," published in April 2013, Naskalı explains how people chose their new monikers. Some surnames arose from the father's physical appearance like Pehlivan (wrestler) or Sakallı (bearded), while others preferred those giving clues to their personality, like Calışkan (hardworking) or Güleryuz (smiling).

Some surnames hinted at the holder's profession such as Kanat (wing) – someone who sold poultry. Other names were just errors made by the registrars, like Dündar, instead of Dindar (religious) or Bolut, instead of Bulut (cloud).

Most people also adopted surnames related to their ancestors and historic events: Kılıç (sword), Osman (founder of Ottoman Empire), Sakarya (battle during Turkish War of Independence that took place around Sakarya River), and Yılmaz (fearless fighter) are such examples.

Today, surnames are accepted in the Turkish Civil Code as personal rights that are inalienable and un-transferable. Married women may carry both their maiden and their husband's surnames. However, the official family name is always the husband's surname and babies have to take the father's surname.

According to data from the General Directorate of Civil Registration and Nationality of Turkey, Yılmaz, Kaya, Demir, Yıldız, Yıldırım, Aydın, Arslan, Polat, Erdoğan, Yavuz, Tekin, and Aksoy are among the most common surnames in Turkey.

Almost all Turkish surnames have meanings, although not all have a pleasant one.

Those who are not happy with their surnames can officially apply to a court to change them, even if it is a deep-rooted family surname chosen by a great-grandparent almost a century ago.
Last Update: Jun 22, 2015 11:44 pm
RELATED TOPICS