Despite recovery programs, the growing number of homeless troubles the US 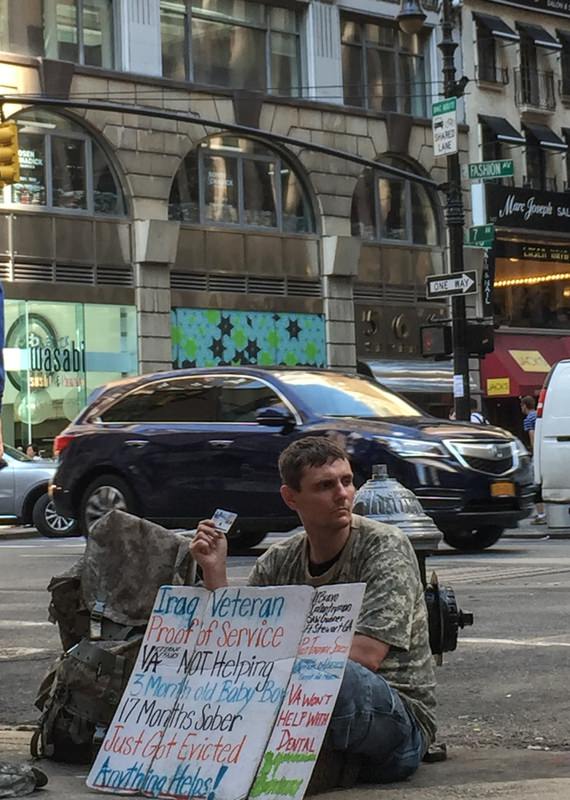 The number of homeless people in the U.S. has increased in many states despite various assistance and recovery programs. Homelessness and tent cities have increasingly become a chronic issue in everyday life requiring proper management. In addition, the number of homeless veterans who took part in international military operations homeless children and is concerning

As many regional problems around the world are shaped in accordance with the national interests of countries, tent cities are home to more and more victims fleeing war and conflicts in their homelands. There are many causes for homelessness in the U.S., all increasing the number of tent cities around the country. The latest report by the U.S. Department of Housing and Urban Development (HUD) shows that the U.S. has the highest rate of homeless women and children in the industrialized world. It was also found that there has been a significant rise in the number of homeless families. The report was prepared by Abt Associates and Vanderbilt University for HUD to reduce the number of homeless families and increase the living standards of low-income groups. A study was conducted among 2,300 homeless families in 12 different communities in Boston, Denver, Kansas City, Phoenix and Honolulu. According to the National Law Center on Homelessness and Poverty (NLCHP), three million homeless people live around the country, and over one million of them are children. The report further found that one million full-time or part-time American employees are unable to meet their housing expenses.

Julian Padarath, one of the managers of the Bowery Mission, a rescue mission and men's shelter founded in 1879 on Manhattan's Bowery Street, said that the Bowery Mission hosts professors and graduates from prestigious universities like Harvard University. He also said certain Turkish-Americans help them, like yoghurt donations from Hamdi Ulukaya, the founder of Chobani Yogurt. Hakkı Akdeniz, a famous three-time World Pizza Champion running restaurants in New York also took shelter in the mission and now sends free pizza to homeless people every evening.

Those living on the street find food with the help of charitable citizens or eat discarded food they find in the garbage. Homeless Americans generally stay at shelters as well as on streets, under bridges, in parks and metro stations or live a more isolated life by setting up tents in forested areas or outside the city.

In 60 cities in different states like Washington, Michigan, California, New Jersey, Florida and Oregon, there are almost 100 tent cities. As most of them do not have legal permission, they have poor sanitary conditions and electricity problems. According to HUD, 78 percent of homeless people living in shelters are adults, while 38 percent are people with disabilities. Among them, another 38 percent is aged between 31 and 50, 61 percent are male, 62 percent are minorities and 64 percent come from a one-person household.

Around 45 million people are considered poor in the U.S. Each year, more people become unemployed as employment opportunities do not reach all sections of society and more U.S.-based companies open branches in other countries, especially in China, where wages are much lower. This situation negatively influences the number of homeless people.

Also, many people were the victims of the mortgage crisis and became homeless due to the economic meltdown that negatively affected the real estate sector, international military operations carried out under President George W. Bush, which put pressure on the country's economy and the ambitions of the financial and construction sectors.

Although homelessness has myriad causes, it is a crime for homeless people to sleep or set up camp in public areas in almost half of all American cities and they are isolated from social life. HUD statistics show that last year, 49,933 veterans spent their nights on the street. Since 2010, homeless veterans have increased by 25 percent. Virginia showed the highest increase. Compared to other military operations, more homeless veterans came up among those diagnosed with post-traumatic stress disorder (PTSD) following tours in Iraq and Afghanistan. To resolve these problems, the U.S. Department of Veteran Affairs, the fourth largest U.S. government department, which manages the government's military assistance system with almost 280,000 employees and a $90 billion budget, is working to solve the homelessness problem among veterans and retired military officers. In a few cities, distributing food to the homeless in public spaces is also banned. In November 2014, a 90-year-old man who helped to provide meals to the homeless in a Florida park was taken into custody for breaking a city ordinance.
Last Update: Jul 23, 2015 1:26 am
RELATED TOPICS