The black rose of Halfeti 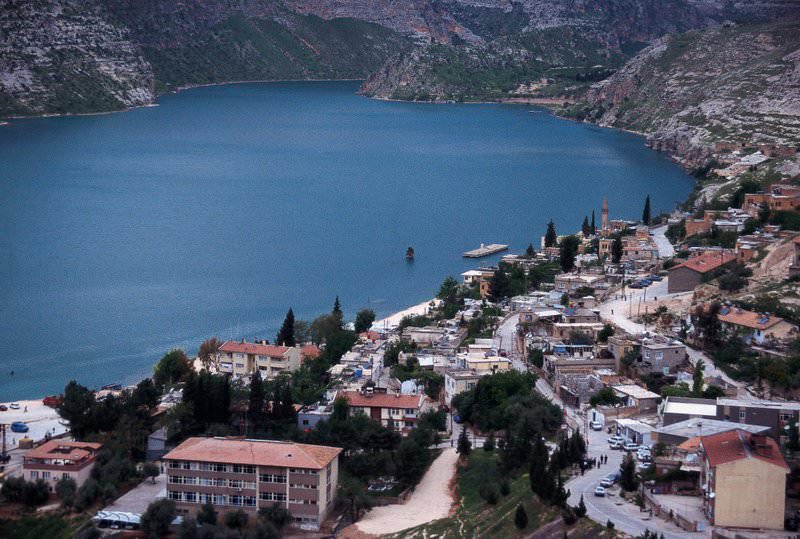 Fed by the waters of the Euphrates, black roses, an extremely rare flower grown in the village of Halfeti near the historical Urfa province, presents a unique natural beauty. The flower growing in that region requires a certain pH level, and even though it blooms red, it turns to black as the summer season progresses

In a week when one terrible event after another has rocked Turkey, it is time to take a deep breath and direct our attention to something positive, something that promises life and hope.

The black rose of Halfeti, a village near Urfa, is an extremely rare and oddly beautiful flower. When it first blossoms, this rose is dark red; this dark shade of scarlet "fades" – sorry, I am not sure what the opposite of fade is, so I am sticking with fade – to black as the summer progresses. This flower used to thrive in the town of Old Halfeti.

Old Halfeti was a town located on the eastern bank of the Euphrates, 120 kilometers from Urfa. In 2000, just over 2,500 people lived in this town, in which the first settlement has been dated to 855 B.C. The Byzantines called this town Romaion Koula (Roman Castle), and the Arab conquerors translated the name, calling it Qal'at Rum. The town came under Ottoman rule during the reign of Selim I.

But with the introduction of the GAP project – the Southeastern Anatolia Project – the Birecik Dam was built in the 1990s, and the area was filled with water in April 2000. Old Halfet is now submerged under water. The residents of the Old Halfeti village were relocated to the "new" Halfeti village, at a distance of approximately 10 kilometers. The residents took their roses with them when they moved. 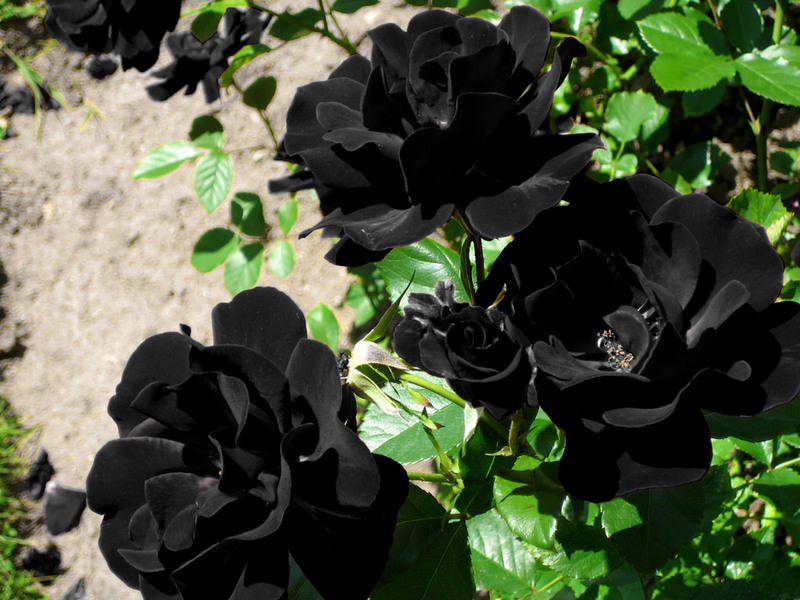 However, the rose, also known as the Arab Bride or Arab Beauty, did not thrive in its new location. The soil in Old Halfeti had been fed by the waters of the Euphrates, and had a unique pH level. The soil in New Halfeti was different, despite the small distance, and the flowers struggled. District officials intervened, collected the seeds and planted them in greenhouses that were close to their original location, in an attempt to imitate the original conditions. As a result, the flower has been saved from extinction.

Not only is the Halfeti rose unique in being black; the black rose of Halfeti can be taken to other regions and planted, but when it flowers, it emerges as a classic red rose. The black hue of the flower can only be produced in the Halfeti region of Urfa.

The black rose of Halfeti is a unique flower in a unique region. The region of Urfa is one with an incredibly ancient history. Some scholars suggest that Adam and Eve lived near here, in Göbekli Tepe. In both Jewish and Muslim traditions, Urfa is considered to be the home of Prophet Abraham, and the area is also closely associated with the Prophet Job. But it is not just the major religions that revere this city; Armenians consider it to be a holy city, as it is thought that the Armenian alphabet was first created here.Urfa is a city that has been conquered and dominated by a number of civilizations, including Sumerians, Babylonians, Hittites, Armenians, Assyrians, Persians, Macedonians, Romans, Sassanids, Byzantines and Crusaders. It was given the prefix "Şanlı" for the resolution it demonstrated in the Turkish War of Independence, driving out the French occupiers who had taken over the city from the British in 1920.

Sadly today, however, Urfa is in the news neither because of its rich history or culture nor for being the home to the only black rose in the world. Urfa is in the news because 32 people lost their lives when a suicide bomber decided to create a bloodbath. Some people think that the Islamic State of Iraq and al-Sham (ISIS) is responsible, some see the PKK as being behind this violent crime. At the end of the day, although determining who committed this act of terror is important, it will not bring the 32 young lives back.

Of course, the first thing that comes to mind when one learns that the only black rose in the world grows in Urfa is that this rose is this color due to the violence experienced in this region. But when one examines the symbolism of black flowers, facts emerge that can perhaps help us to better understand the latest tragedy that befell the region.

Naturally, when thinking of black and roses, what first comes to mind is bereavement, loss and death. The black rose seems compatible with mourning. However, there is another aspect of the rose tinted with the hue of night. These flowers have a fairytale appearance, and this "unnatural" color gives it a mystical atmosphere. When one considers that Urfa is a location associated with at least two prophets, this mysticism takes on a new meaning.

There is another positive symbolic meaning for the black rose. The color brings to mind deep space; that is, such a rose symbolizes the beginning of something new, a journey into the unknown. The black rose also symbolizes major change, the death of old habits and the introduction of a new system. Thus, by heralding in a new era of hope, an era of possible peace, the black rose can bring great joy.

Only time will tell if the black rose of Urfa will thrive in an atmosphere of peace and understanding, or if will it struggle to emerge from the stony ground of terrorism and hatred. This much is sure: The majority of the citizens of this country – be they Muslim, Alawi, Christian, Jewish or Atheist – want to sow the seeds of peace and watch them grow into flowers of beauty and brotherhood throughout this beautiful land.
Last Update: Jul 25, 2015 12:36 pm
RELATED TOPICS