The history of fratricide in the Ottoman Empire - Part 2 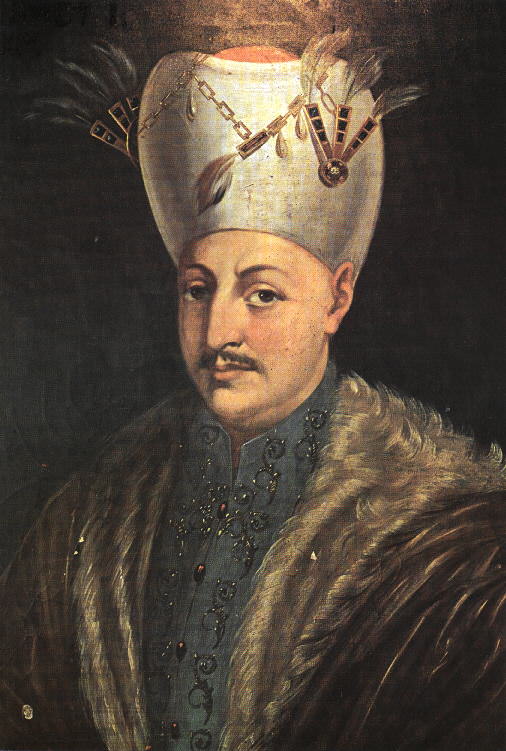 A picture of Sultan Ahmed I, who did not kill his brother when he succeed to the throne. After him, for the first time, a sultan's brother, Mustafa I, ascended to the Ottoman throne.
by Ekrem Buğra Ekinci Aug 08, 2015 12:00 am

While the law introduced by Sultan Mehmed the Conqueror sanctioned the practice of fratricide, Sultan Ahmed I ended it by not killing his brothers and introducing seniority succession to the Ottoman dynasty. Even though it seems rationally and conscientiously convenient, it created handicaps and become one of the reasons the empire entered its period of stagnation

Ottoman ulema explain clearly that fratricide was applied in accordance with verses of the Holy Qur'an. It is narrated in Qur'an (18:80-81) that the friend of Prophet Moses killed an innocent child. Moses had asked him: "Have you killed an innocent person who had killed none?" When Moses criticized him for killing an innocent child, he said: "And as for the lad, his parents were believers and we feared lest he should oppress them by rebellion and disbelief. It was our wish that our God should grant them another in his place, a son more righteous and better in affection." The Gospel of John (18:14) also says: "… it is better for you that one man dies for the people than that the whole nation perish." An example in fiqh (Islamic jurisprudence) books related to this subject is also worth mentioning: "The enemy attacks Muslims and some Muslim prisoners are used as a shield. Unless Muslims do not shoot, they would be defeated. They are allowed to shoot these innocent prisoners as if they were the enemy. This situation here refers to "maslaha," that is, common benefit . Otherwise, an execution of an innocent Muslim is forbidden. The Muslim army then can target its enemy. If the army does not take any action to save Muslim prisoners, the enemy invades the country and everyone including the prisoners would be killed.

There are concrete examples proving that precautions are not against Islamic law as they avoid possible harm. At the time of the Prophet Muhammad, a person who was imprisoned for theft was released when he was exonerated. Caliphs Umar bin al-Khattab and Ali judged that craftsmen such as atilors and launderers would have to repay the damage due to the common benefit.

Modern law specifies that civil rights and liberties can be suspended by political, legal and administrative bodies in case of a criminal suspicion. Although they do not have criminal responsibility, people with severe mental problems can be isolated from the public in order to avoid them harming society. Other examples include the detention of a suspect, body search, phone tapping, , cordoning off roads, keeping out football fans that might kick up a fuss in matches and, even further, the detention of hooligans during matches and taking certain metal items away from those entering secure areas. These measures are of course not as severe as fratricide. From a legal perspective, however, they are all similar actions. Therefore, the execution of a "shahzade" (prince) who does not attempt an uprising against the sultan is a precaution rather than a punishment. It is true that the sultans thought that their execution decision had a legal base even at the cost of pushing the limits of political freedom of the sharia system in use.

Syrian Hanbali scholar Karmi (d. 1624), said that the execution of princes was a virtue of the Ottoman dynasty. Karmi approved of the killing of sons to avoid revolt among Muslims and placing the country in difficulties. He said that although a person with good sense does not recognize this decision, he found great benefit in it and believed that he preferred to give the fatwa of the execution of three people in order to protect another 30. Karmi's words illustrate the principle of choosing the more moderate path between two harmful ones. He narrates the collapse of the Moroccan sultanate due to the lack of fratricide in the sultanate.

Throughout the history of the Ottoman Empire, 60 princes were executed. Sixteen of them were executed due to their revolt against the sultan while seven were killed for their revolt attempts and others for reasons of common benefit . Ottoman princes were executed by strangulation, as Turkic-Mongolian traditions prohibited shedding the blood of dynastic members. Compared to European dynasties, executing princes prevented the formation of an aristocracy that developed in parallel with the dynasty.

Ascending to the throne in 1603, Sultan Ahmed I did not kill his brothers, including Shahzade Mustafa – an indication of his tolerant character. Ahmed I was also a dervish and did not have a child when he became sultan. His behavior might be related to the public indignation that emerged after his father, Sultan Mehmed III, executed his 19 brothers following his accession to the throne. When Ahmed I died in 1617, his brother ascended the throne even though he had sons. It was the first time that a sultan's brother became emperor after the sultan's death. Until that time, the sultan was invariably followed by his son. After this, princes were not sent to sanjaks as governors, but rather waited their turn to become sultan at the palace. The execution of princes was also abolished. French writer Alphonse de Lamartine once said: "After Sultan Ahmed I, a brother's succession to the throne showed that the Genghis Khan laws, which say political sovereignty jointly belongs to the dynasty, were still alive in the Ottoman Empire." This practice increased the credit of Sultan Ahmed I and successive sultans yet brought the empire to grief. Although seniority succession to the throne avoided fratricide to a certain extent, it had different handicaps:

1. As the throne was handed down from father to son in the first stage, the average duration of a sultan's rule was longer and political sustainability was much stronger. Because the oldest dynasty members ascended the throne in later periods, reigns were shorter and the sultans were unable to show the required dynamism as emperor.

2. Previously, princes were assigned as sanjak governors to better train for political and administrative skills. When this practice was discontinued they had less chance to gain experience at the imperial palace.

3. At first, sanjak governor princes were the only alternative authority after the imperial palace. When they began to stay in the palace, other authorities outside the dynasty, including viziers, the ulema, soldiers and even public figures, gained more power. Having lived in the Ottoman Empire from 1634 to 1636, English lawyer and traveler Sir Henry Blount said the following after janissaries created trouble for the sultan: "The reason for this is Sultan Ahmed I, who spared the life of his brother after his enthronement and allowed him to claim a right to the throne. This practice gave impertinent soldiers the chance to taste the Bloud Royall that can never regain its lost dignity.

The Ottoman constitution of 1876 recognized the succession of the oldest dynasty member to the throne. Although Ottoman sultans in the last century of the empire attempted to institute the old inheritance system to enthrone young and dynamic princes as seen in European dynasties, they failed. It is wrong to evaluate incidents without considering their place and actors without the specific conditions of the period. Therefore, it is a simple issue to describe fratricide in Ottoman ideology as an atrocity, or brutality or egoism at the least. Fratricide is incomprehensible both emotionally and conscientiously, but was one of the elements that kept the Ottoman Empire alive for centuries.
Last Update: Aug 08, 2015 1:48 pm
RELATED TOPICS