Warping reality: Who to believe? 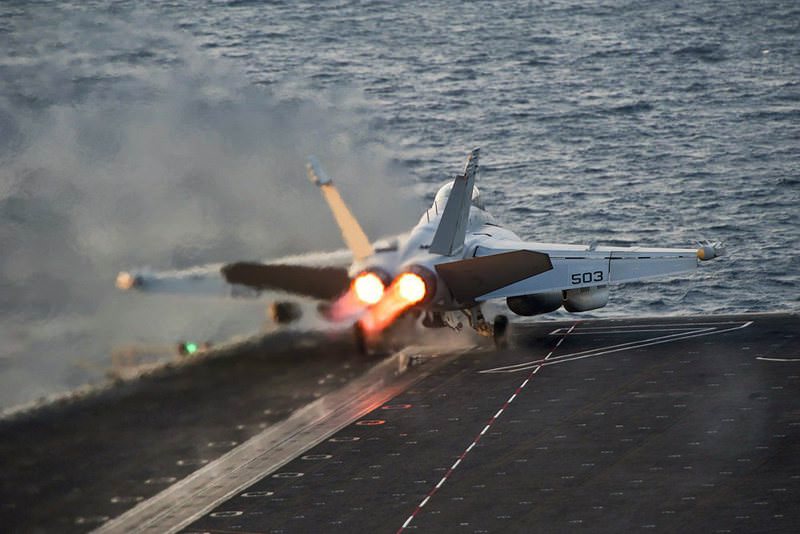 What is real? What is the truth? How do we know if we can trust our own perceptions, let alone the perceptions of others? Recently, the truth in the world has taken on a number of hues, making it hard to understand who to be believed and who to listen to 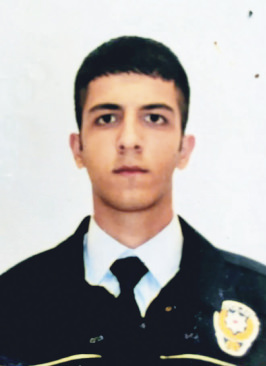 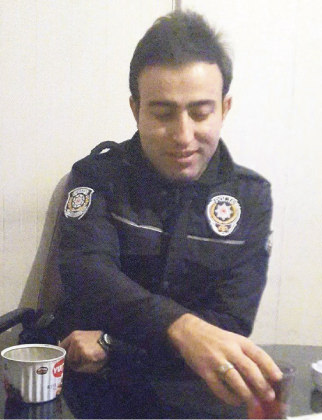 Earlier this year the "universe" tweeted: "Perception doesn't reveal reality. It creates it."

This tweet struck a chord; reality is relative. Or at least, the past couple of years has made it seem so. Everyone knows the conundrum of a tree falling in a forest. Does a falling tree make noise if no one is around to perceive, i.e., to hear the noise?

More recently most of the world became preoccupied about a dress being blue and black or gold and white.

On the one hand, it doesn't matter, because this is a question of personal perception. Your seeing the dress as blue and black doesn't affect my thinking that it is gold and white. But then again, it does matter; you seeing it as blue and black makes me question your judgement, your eyesight, even your sanity.

In short, if I see a dress as blue and black, and you see it as gold and white, how do I know that what you see, what you perceive is right and what I perceive is wrong? Are wrong and right just matters of personal judgment? Is there no absolute reality?

As a child, I asked my father, a neuro-scientist, how did I know if the color I saw as "blue" was the same color as he saw? Perhaps his "blue" was what I called "red." The answer was we do not know and it would be almost impossible to determine this. On the other hand, he went on, it doesn't really matter. My blue is my blue, your blue is your blue.

But my young mind balked at this. Wait a minute. There have to be some universal truths. The world cannot be so random. Why did I think that pink and purple, which my mother claimed could never be worn together, actually could? My "pink" went just fine with my "purple," but perhaps her "pink" and her "purple" really were an offensive combination. So did I have to listen to my mother? Did I have to adhere to her color rules, or could I invent my own? (A few years later, this is exactly what I did – teenage rebellion.)

Recently, a team of quantum physicists have found that atoms behave according to what we expect them to do. Now, I understand quantum physics as much as I understand the workings of an internal combustion engine…not very much. But this is what I found interesting…

The long and the short of the experiment was a team of physicists forced helium atoms into a Bose-Einstein condensate, and then ejected all atoms except one. Then a grating pattern was created, so that the atom would either pass as a particle or scatter through it like a light beam. With one grating the atom acted like a particle, but when a second grating was placed after the first grating, the atom acted like a wave.

The claim is that this experiment provides "new evidence to the idea that reality doesn't exist without an observer. Perhaps further research….will completely change our understanding of reality one day."

So, what is reality? If we cannot make decisions about the sound a tree makes, the color of a dress or how atoms move, even with the latest scientific equipment, what are we to do when it comes to politics?

The first Gulf War was launched because two powerful states claimed that Iraq had weapons of mass destruction. This was the reality. This was accepted by all. Only later, after Iraq had been dragged down, destroyed, torn apart and thousands and thousands of people killed did it turn out that this was not true. There were no weapons of mass destruction. The truth changed and with it, to a small extent, many people's perception of the war. It was no longer a war that had been waged to save democracy and to stave off an impending disaster. It was no longer justified. But it was a war that was over, so people, to a large extent, mourned the betrayal, but left it at that.

Newsweek is trying to warp our perception to make us think that Turkey is out to get the Kurds in "Turkey Playing Chicken" article. But the fact that the stumbling block to the peace talks was the PKK's refusal to lay down arms, and that before any action was taken, the PKK killed soldiers and police in Turkey.thus, breaking the "fragile peace," is totally overlooked

Turkey has also had its share of reality-warping perception management from afar. In the 14.08.2015 issue of Newsweek the article "Turkey Playing Chicken" indirectly, but clearly, suggests that Turkey is punishing the Kurds for "[deserting] the AK Party in droves and [voting] for a new, upstart pro-Kurdish movement called …HDP." Although the article is not naïve enough to say that Turkey is waging war with the Kurds, and acknowledges that the attacks being directed by the Turkish government are against the PKK - an organization that is internationally recognized as a terrorist group - our perception is directed that way. The fact that the stumbling block to the peace talks was the PKK's refusal to lay down arms, and that before any action was taken the PKK killed soldiers and police in Turkey, thus breaking the "fragile peace," is totally overlooked. In an İbrahim Kalın article published in the July 16 edition of Daily Sabah, he says the following: "instead of laying down arms and following a responsible political line, the PKK and its political wing, the Peoples' Democratic Party (HDP) is making excuses to continue armed struggle and legitimize the PKK's politics of terrorism. ..Despite huge progress in these areas, the PKK refuses to disarm and the HDP keeps making excuses… Instead of glorifying terrorism and demonizing Turkey, the PKK/KCK should lay down arms without conditions. The vast majority of Kurds want peace just as the vast majority of Turks do. Neither the PKK nor the HDP has the right to derail this process."

So, Newsweek is trying to warp our perception to make us think that Turkey is out to get the Kurds (it's not. The Turkish government is trying to hit PKK targets to prevent more deaths of military, police and civilians). Turkey (or rather the AK Party government) does not want to punish them for not voting for the AK Party.

The election results in June are more complicated than Kurdish voters "flocking" to HDP. With results ranging around 80 percent in the southeast, there is much evidence of pressure being imposed on the people living in these regions to vote for the HDP. Any such high result, anywhere in the world, should always be approached with suspicion. In addition, the Nationalist Movement Party (MHP) made significant gains in the last elections; it certainly wasn't due to Kurdish voters "flocking" to their ranks.

The AK Party and the government are trying to steer a steady course in stormy waters. While Newsweek is lambasting the government for "punishing" the Kurds, MHP leader Devlet Bahçeli criticizes them for being too soft on Kurds. 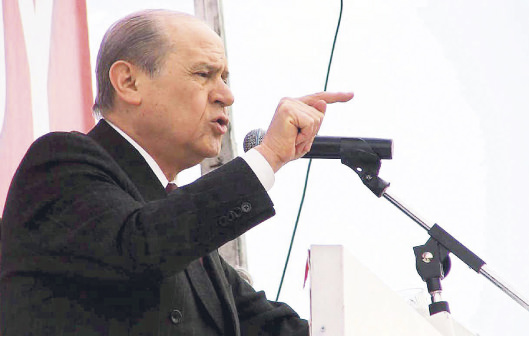 While Western media outlets accuses the AK Party of punishing the Kurds, the nationalists, including MHP Chairman Devlet Bahçeli, criticizes them for being too soft on Kurds.

He has requested an extraordinary meeting of the National Security Council (MGK). Due to the number of deaths caused by terrorist attacks over the last few weeks Bahçeli has also requested that martial law be introduced. Not content with this, Bahçeli stated that any proposed elections should be put on the backburner, as going into an election at this time could trigger civil war. He sees the continuance of the peace process as just adding fuel to a fire that is burning out of control, helping the PKK to become a "machine of death and violence."

Bahçeli goes on to accuse "so-called" writers, journalists, artists, politicians, businessmen, academics and NGOS of carrying out propaganda for the PKK. To think of elections at this time, Bahçeli states, is to put political aims before national safety.

So while Newsweek would have us believe that the Turkish government is hunting down Kurds to punish them for not voting for the party in the last elections, the MHP would have us believe that this same government is turning a blind eye to terrorist attacks in order to pursue their political gains, i.e. to win the next election. With two such opposing approaches, one can only assume that reality is somewhere between the two.

But there is one more voice we should listen to…no, sorry, hear. I don't think any of these voices are really worth listening to. But let's hear them out….

If the president calls for early elections, a temporary government will be formed. The ministries will be divided up among the parties represented in Parliament. But the MHP has already said that they want to be no part of any such government (they do not want to work with the HDP). Anticipating that the HDP would say the same, the CHP acted prematurely and said "We don't want to be there either." But the HDP came out as saying that they would be willing to take part, and the CHP immediately started backpedaling.

So what does the CHP, the so-called "left" wing party, have to say about the recent terrorist events and the upcoming election?

The CHP is focusing on the elections, using the failure to form a coalition as a means for attacking the president. The fact that the CHP went into coalition talks stating that they wanted to undo everything the AK Party had achieved over the past 12 years meant that any coalition hopes with the CHP were doomed to failure before even beginning. As the MHP's condition for a coalition was abolishment of all peace talks with the Kurds, which is equally unacceptable to the AK Party government, it is no small wonder that the AK Party has been unable to find a coalition partner.

The deadline for forming a coalition government before calling for new elections is Monday. Even if the CHP had been given the duty to try to form a government they would have had to do so in under a week. The HDP does not have enough parliamentarians to join the CHP and form a government. The only solution would be a coalition with the MHP.

CHP Group Parliamentarian Engin Altay said they are hopeful that the MHP would give them support, so that Turkey "will not be handed over once again to the AKP."

What does the MHP have to say about this?

"It's too early to talk about this."

With one week left to the deadline, it is too early to talk about this….

So perception creates reality. However, I am still convinced that there must be an absolute reality out there. Somehow there has to be one truth. Everyone can convince themselves that their version of reality is accurate. But I will leave the last word to the one I trust more: