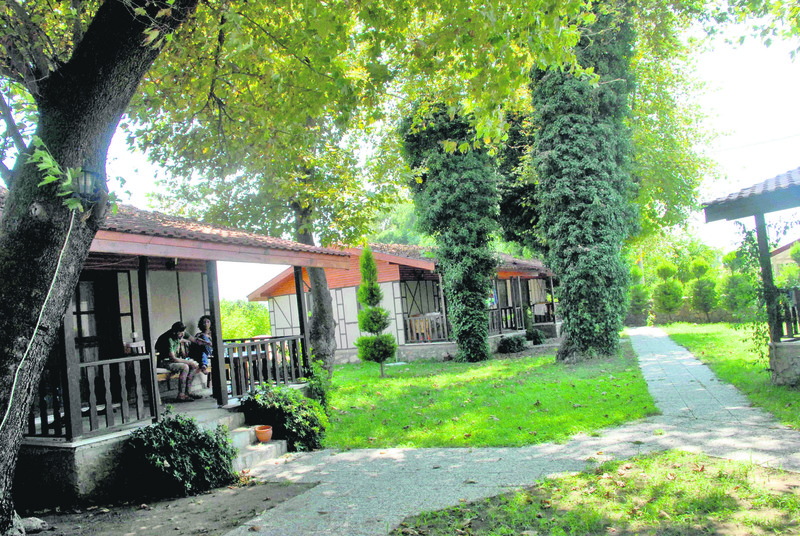 Turkish folk music has been chosen as this year's main theme for AKAT. Over the course of the next year participants will focus on playing traditional Turkish instruments like the sipsi, a woodwind instrument, and the dört telli, a bağlama-like instrument with four strings. The courses are given by local senior musicians as well as younger ones.

Encapsulating the music village's guiding vision is their slogan "music is universal." Both participants and instructors at AKAT value a wide range of musical genres and seek to create a supportive environment for all types of musicians. For example, Sonja Siegerd, a trainee from Vienna, plays the ney, while an Israeli Glland Weiss learns Turkish folk music and traditional instruments. Participants can also play Western instruments or use any of the several traditional instruments supplied by the village. Participants can enroll in a music course without prior experience playing an instrument.

Aside from instrument-focused courses, traditional folk dance courses and seminars on music, culture and history are offered. AKAT teachers introduce foreigners to melodies from every corner of Turkey. Merih Aşkın Kopuz gives fretless guitar courses while Ali Ulutaş, Mehmet Ali Kayabaş and Yusuf İslam Bodur show students how to play the üç telli. Students learn how to play bağlama under the guidance of Adem Tosunoğlu and İsmail Çakır. Other instructors include Gülay Diri on the daf (frame drum), and Selami Çiftçi who teaches about the kaval, instrument traditions and Yuruk culture. Some students learn how to play kabak kemane, a traditional string instrument with Central Asian roots, while others play bağlama or the guitar. You may even hear participants singing Turkish folk songs like "Dere Geliyor Dere." When students have free time, they take field visits around the district's forestry areas. There are currently 60 people in the village, yet the number of participants increases each day. Trainees are offered breakfast and organic village meals at dinner.

The village's general coordinator is Aytaç Gökdağ; Mehmet Günay Eser, Emre Dayıoğlu and Turna Ezgi Toros serve as general artistic directors; workshop coordinators are Şahin Yıldız and Eren Şahin; and the photography director is Levent Sarı. Gökdağ noted that the music village is a first of its kind in Turkey and explained that, "This project was our dream for more than 10 years. We gathered an experienced team and first established the AKAT." Gökdağ further pointed out that the village draws participants from numerous different countries like the Netherlands, Austria, Sweden, the U.K. and Israel. "Our aim is to gather music enthusiasts with local musicians known around the region. These musicians grew up around the highlands. Here, senior musicians gather with junior musicians. We also aim to connect Turkey's professional musicians with international students," Gökdağ said.

Gökdağ described the AKAT's atmosphere as "a breath of fresh air for people and it allows them to relax while keeping away from Turkey's current events." AKAT did not receive any sponsorship or support this year. "We choose traditional folk music as this year's main theme. The Teke region on the Mediterranean coast is especially rich in traditional musicians," she said. Mehmet Günay Eser, the events coordinator, said that different music workshops take place at the village. "We did not want to organize workshops at certain places because we go to different places each day anyway. We really try to reveal what is hidden in the human soul. Seventeen musicians including academicians attend our courses as trainees. Our primary aim is to strengthen the master-apprentice relationship and prioritize local musicians," he said, adding that Ali Ulutaş, Yusuf İslam Bodur and Mehmet Ali Kayabaş are important names for Anatolian traditional music. The music village welcomes both foreigners and locals to its activities.
RELATED TOPICS