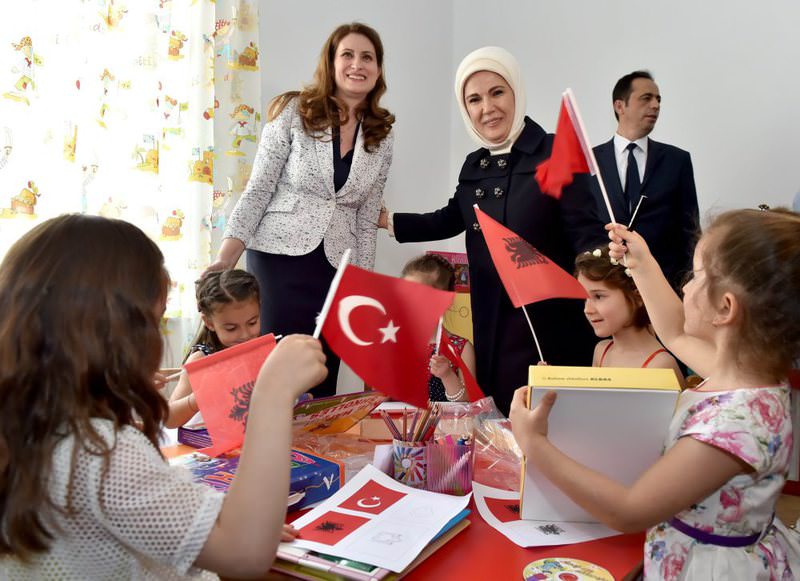 A pre-school was opened in Albania last May attanded by Emine Erdou011fan and Odeta Nishani, the first ladies of Turkey and Albania.
by Anadolu Agency Sep 08, 2015 12:00 am

As an indicator of strengthened relations between Turkey and Albania, which carries many traces of the Ottoman Empire, the Turkish Cooperation and Coordination Agency has developed many projects in the Balkan country. While they primarily focus on restoration work, the agency also aims to develop strategies that will increase employment around the country

The Albanian branch of the Turkish Cooperation and Coordination Agency (TİKA) began providing services in 1996, and has made significant contributions to the country's development with almost 270 projects.

Speaking to Anadolu Agency (AA), TİKA's Tirana coordinator, Professor Birol Çetin, said TİKA has strengthened relations between Albania and Turkey by further developing their foreign policies as well as providing support. Çetin said TİKA has realized many projects in almost every field in Albania, yet the institution notably conducts educational and agricultural projects. Çetin added that their main aim is to develop projects that will increase employment around the country. According to Çetin, many Albanian institutions know about TİKA's projects, and recent restoration projects have also increased the institution's popularity among the public. 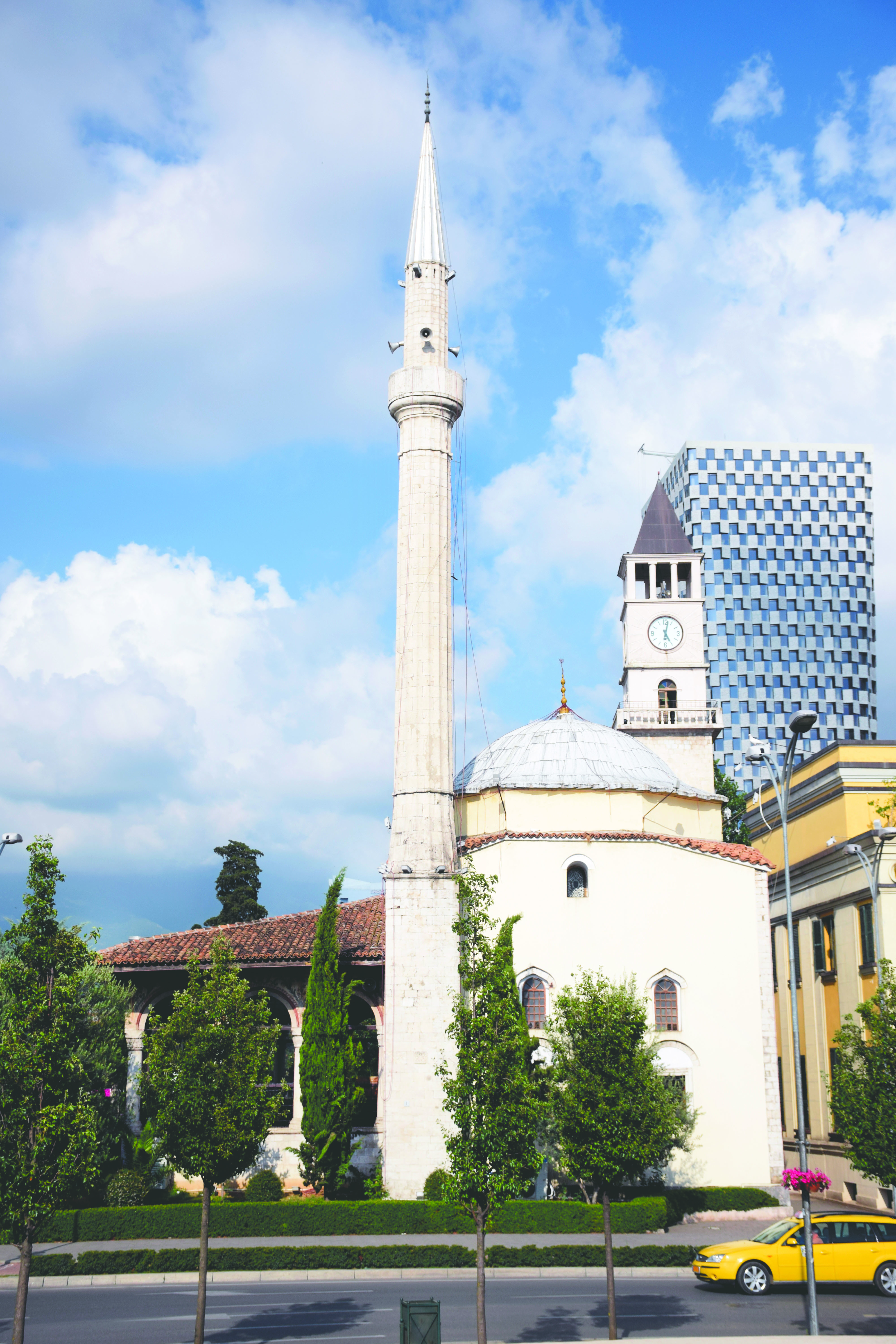 Ethem Bey Mosque, which will be renovated by TİKA.

He said TİKA signed a protocol with the Culture and Tourism Ministry and the Religious Affairs Directorate in Albania in 2010 to protect their common cultural heritage. "We had many other historical buildings in Albania, yet the number of buildings that are still standing is currently 20. These buildings urgently need renovation. From 2010 to 2014, TİKA restored five mosques for this purpose," he said. Çetin added that the restoration project included Castle Mosque in Preze, Murad Bey Mosque in Kruje, Naziresha Mosque in Elbasan, Mirahor İlyas Bey Mosque in Korçe and Lead Mosque in Berat. The Murad Bey Mosque was re-opened by former Deputy Prime Minister Emrullah İşler on April 19, 2014, and the Castle Mosque was re-opened by President Recep Tayyip Erdoğan on May 13. 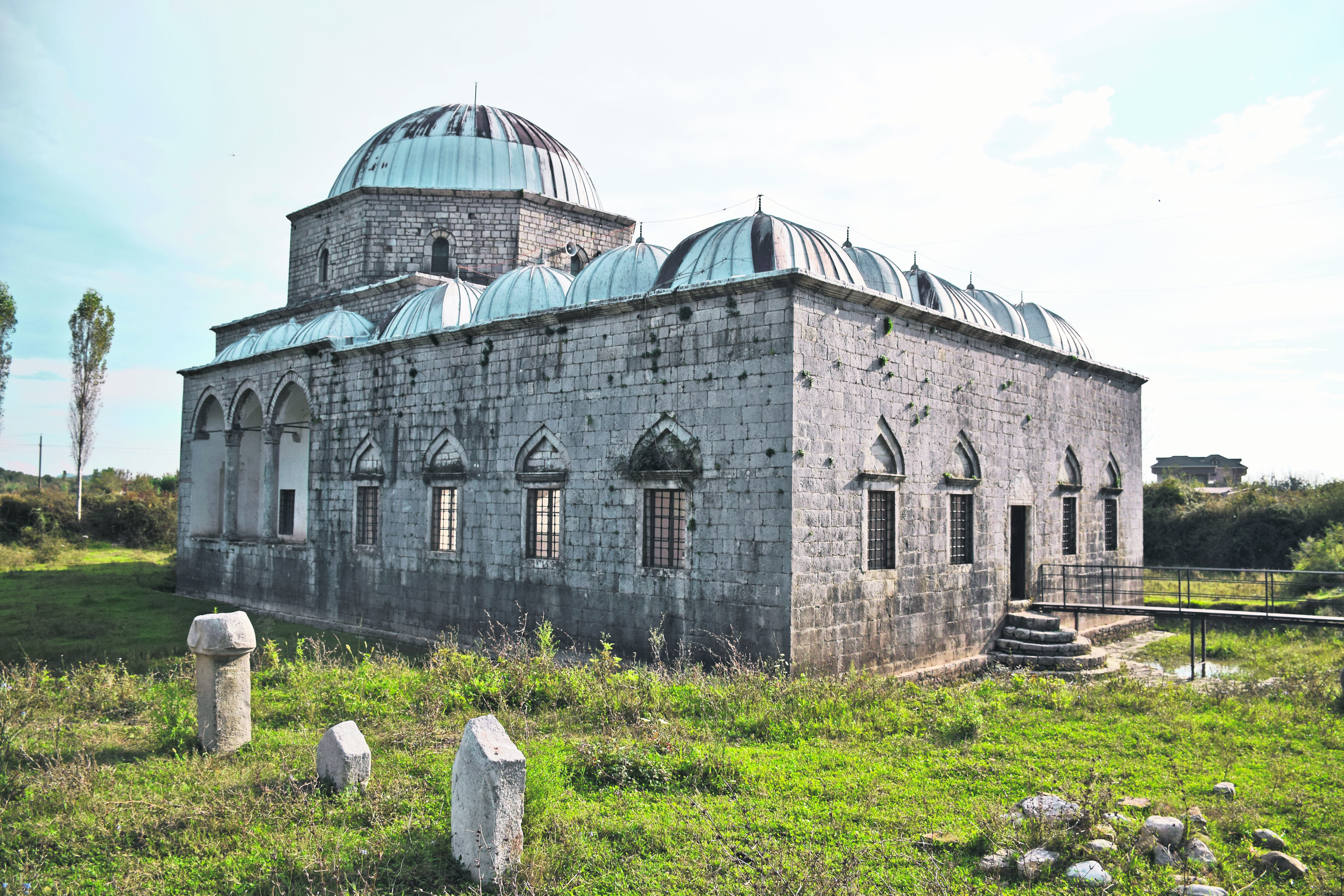 The project design for the restoration of Et'hem Bey Mosque in Albania's capital, Tirana, Muradie Mosque in Vlore and King Mosque and Bachelors' Mosque in Berat has been completed but preparation work for the restoration projects is still ongoing. In October, 3-D project work for Gjirokastra City, a UNESCO world heritage site, will be completed and restoration work will launch next year. Hasan Tahsin Madrasa, Bazaar and Mosque compound as well as the Sancaktar and Kaplan Baba Tombs will be renovated as part of the project. This year, a renovation project design will also be created for the Lead Mosque in Shkoder. Restoration work, which is conducted with expert teams from Turkey and the History Institute of Albania, is appreciated by the public. All restorations have been completed without harming the original form of the buildings. Çetin said the top priority is to protect the buildings that were saved from destruction during the Communist era. "There are historical mosques in Berat and Shkoder and at Kruje Castle. Most of them were highly damaged. TİKA is renovating those that still stand. If we do not renovate them, they will also be destroyed. We are planning to renovate other damaged mosques and common historical works after this. We have arranged different projects for all of them," he said.

The Albania branch of TİKA aims to develop the country. Other projects focusing on training the Albanian police forces, physicians, judges and the members of the Chamber of Accounts have continued for years. Çetin said they will continue these projects as long as Albania continues to ask for help regarding these trainings. According to Çetin, the work that TİKA has been doing contributes to the diplomatic and economic relationship between Turkey and Albania. Çetin said the Turks and Albanians are relatives, so that they want to help Albania as much as possible. As the demand for TİKA's operations in Albania is very high, sometimes the organization goes over budget. However, TİKA continues to collaborate with almost each government institution in Albania, and their door is always open to those who are in need of their help.
RELATED TOPICS