From past to present: Cult of negative personality 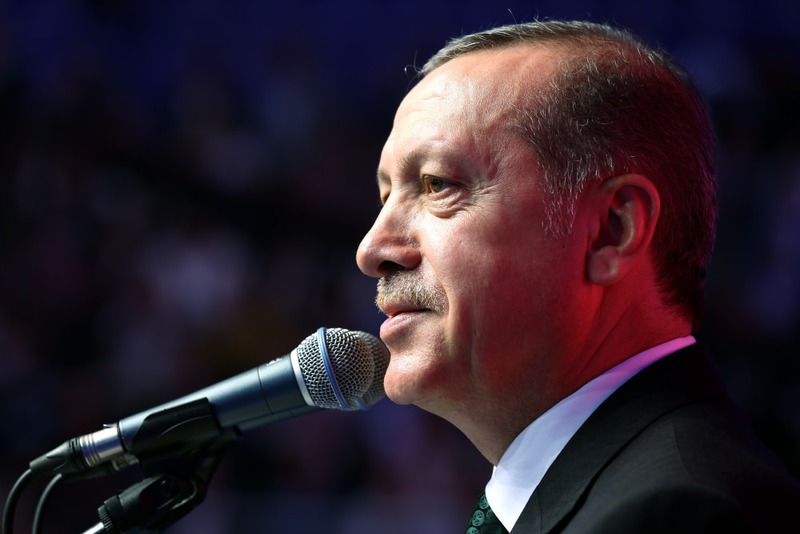 Recently in both Western and Turkish media, including the English-language Turkish media, there have been suggestions that a cult of personality has been or is being created for President Recep Tayyip Erdoğan.

But as I said at the end of last week's article, this doesn't wash. There are a number of reasons why.

As someone who studied the Soviet Union closely, even spending a year there in 1984, a cult of personality is not something that I am unfamiliar with. Indeed, this phrase was popularized by Nikita Khrushchev in the 1950s as something intrinsically abhorrent to Marxism-Leninism. Khrushchev used this phrase when speaking of dismantling the crippling cult of personality that had been created for Joseph Stalin.

Stalin and his henchmen had felt the need to create a cult of personality. This was necessary to establish Stalin's right to leadership over the other contenders and to legitimize his claim to absolute power. There was also a need to create a cult of personality for his predecessor, Vladimir Ilyich Lenin. Stalin was depicted as the direct heir to Lenin, a hero who had no equal in great deeds. Statues of Lenin and Stalin could be found throughout the Soviet Union. In every office in the Soviet Union, Lenin's face appeared on the wall. During the Stalin era, this picture would be accompanied by a picture of Stalin. In later years, it would be accompanied by pictures of whomever was leading the country.

Subsequent leaders, Leonid Brezhnev, Yuri Andropov and others, all tried to create cults of personality and succeeded, some more than others. Today, Russian President Vladimir Putin can be seen doing the same thing. Wrestling bears and riding through snowy backdrops shirtless on a horse are just modern attempts at creating a cult of personality that is more in keeping with the "democratic" nature of the country.

A leader can be great; he can have saved a country from imminent disaster, and can be revered and taught about in schools. However, when this is taken out of the realm of ideas, of thought, and imposed artistically and aesthetically, this is when a cult of personality has been created. The leader is idealized and nothing can be said against this person. His picture is placed everywhere, appropriately or not. One modern twist in the cult of personality is the placing of a silhouette of a great leader on the back of a car, or his signature tattooed somewhere on the body.

However, this is not the entire story. In the creation of a cult of personality for himself and for his predecessor, Stalin did not neglect to create what can only be called cults of negative personality for his enemies, Leon Trotsky, Nikolai Bukharin and others. These men were depicted as evil personages who wanted to lead the Russian people down a dangerous path, a path that was not communism, but something deeper, darker and more dangerous. The result of these cults of negative personality is that the person in question lost their life.

But today this cult of personality is being used to legitimize one view over another. Atatürk is being hijacked to legitimize a view, a political stance that is in direct opposition to that of the ruling government. In Turkish law, no image can be imposed on the Turkish flag. Yet everywhere, we see Atatürk's image imposed on the Turkish flag. Suddenly, the nation's flag has become the flag of a strongly voiced minority. Suddenly, the image of an important historical person who unified Turkey at its moment of greatest danger is being manipulated to legitimize certain views and stances.

The cult of personality that has been created to legitimize the state, which in the 1930s and '40s was a fairly understandable attempt to bring the country together, has become a stick to beat the more conservative sector of society with – that is the section that supports the ruling party.

Some journalists have accurately stated that there seems to be a war of "cults of personality" in Turkey, for the most part between that of Atatürk, Erdoğan, Fethullah Gülen and Abdullah Öcalan. But I would argue that of these four cults of personality, Erdoğan's is different. It is not a cult created by his followers. Indeed, it would be anathema for his supporters to tattoo his name or image on their body. It would never even occur to his supporters to superimpose his image on the flag. This would seem heretical to them; the flag is more important than a person. They would argue that the flag represents the country, the nation, the people, while Erdoğan is just a man. In their eyes a great man, but just a man.

There have been the odd comments – and odd here serves in both its meanings – of people stating that touching Erdoğan is akin to touching the Prophet Muhammad, or that it is impossible for him to do wrong. But there are only a few such examples, and these have shocked Erdoğan supporters more than anyone else. Young people have turned out wearing T-shirts swearing undying loyalty to him. But again, this is not a wide-ranging movement and in a country where cults of personality have been fed and supported, generalizations should not be drawn. What would be odd in Washington, D.C., is not that odd in Istanbul or Rize.

What is happening today is the creation of a cult of negative personality for Erdoğan. Like what Stalin did to Trotsky, there is an attempt by the media that supports the so-called left-wing to not only hijack the historical Atatürk cult of personality that exists in Turkey, but to impose a negative cult on the people who support the president. The Justice and Development Party (AK Party), its supporters and the president have no beef with the Atatürk cult of personality. They are not trying to create an alternative.

The papers who lambast the president – and yes they do lambast him (in Turkey, where we are told there is so little "freedom" for journalism, the majority of the newspapers printed in both Turkish and English are anti-government and anti-AK Party) – are creating the image of a dictator. If you look at the pages of the few papers that support the government and its actions, the president, his words and his actions are rarely mentioned outside reports of his official duties. But Erdoğan appears in the other papers and publications almost constantly, accompanied by a barrage of negative images. Erdoğan is their bug bear, the bogeyman; Erdoğan is stealing their rights. Erdoğan is oppressing their lives; he is the monster under the bed that needs to be brought out into the light. And it is these papers that feed Western media and the Western perception of the president.

A prime example of this is the recent cover of Nokta Magazine. It is a horrific image; many people were shocked when the editor of the magazine was arrested. The arrest of a journalist is always shocking. The photomontage on the cover of Nokta was compared to one of Tony Blair taking a selfie in front of bombs going off in Iraq.

The fact that a leader is taking a selfie is where the similarity between the two images ends. The latter image is a criticism of the U.K. government's involvement in a foreign war that many felt it should not be involved in, in the destruction of a country on what many considered to be non-existent or illegitimate grounds. A better comparison would be a picture of Tony Blair taking a selfie in front of the double-decker bus that was blown to pieces in 2007 during the London terrorist attacks. Or George W. Bush smiling while taking a selfie in front of the Twin Towers, with bodies plummeting to their death. Such photographs are unthinkable, because such photographs would be attacking the very unity and integrity of the country in question. A photomontage of a leader taking a photo in front of the coffins of men who died while trying to protect the integrity of the country against a violent illegal terrorist threat is nothing less than treason.

But this is not the first time that a leader of Turkey has found himself under such attack in the media, the victim of a cult of negative personality. I cannot stress enough how important it is to understand the backstory in Turkish politics; it explains so much. 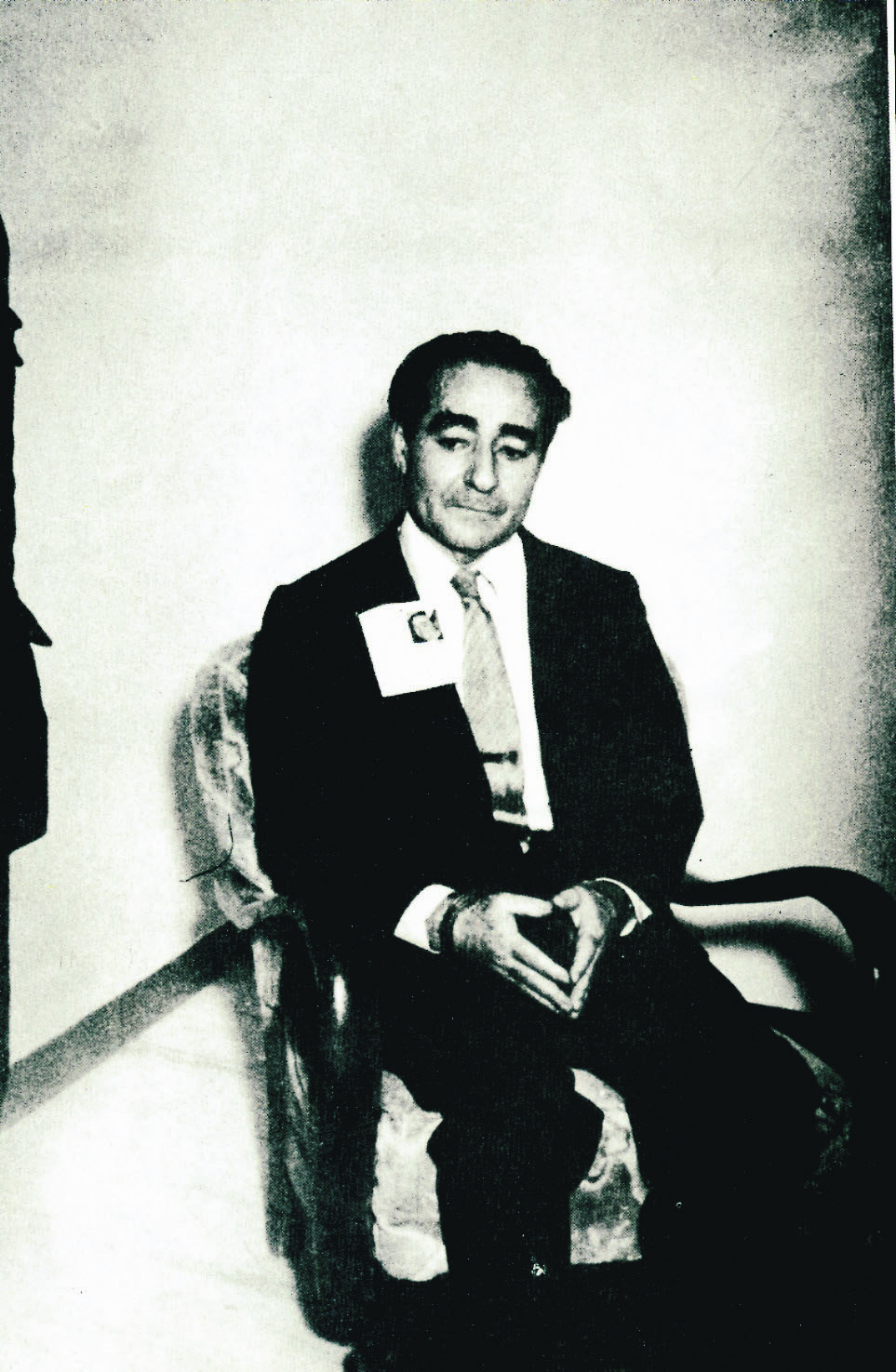 At the end of the 1950s, when Adnan Menderes was prime minister, the newspapers started to attack him. Headlines appeared such as "A Quran found under Menderes' shoes!" "Adnan Menderes makes a pact with the Russians to sell Ardahan!" Reading this, today's reader may be forgiven for scoffing at how gullible the Turks must have been. But at that time, phones were few and far between and there was no social media. As one friend of mine said, the only way they could find out whether this was true was to make a three-day journey to Ardahan. And they saw no reason to doubt the papers.

More examples are: "Menderes spent public money for his farm! He did away with the Muğla road to make room for his farm! All the expenses were paid by the Treasury!" "Members of the Democratic Party have robbed Vakiflar Bank! They attained credit … for their wives and relatives!" "Menderes stole 32 million in currency to build his palace in Switzerland." Every single one of these headlines later turned out to be a lie. But by that time, it was too late; Menderes had been hanged.

The creation of a cult of negative personality in Turkey is nothing new; it is not new in the world. But the results of such attempts are usually fatal and destructive to the country. Turkey's opposition should temper its criticism. Criticism of a leader and of a government should be encouraged; however, such criticism should not be allowed to threaten the very fabric of society, of the nation. It cannot be allowed to be divisive and destructive to the security of the people. That would be tantamount to terrorism and no state can accept that.

Of course, in a pluralist democracy, the right to freedom of expression must be guaranteed. But there have to be limits to that right. Let me leave the last words to the European Convention on Human Rights:

Article 10, paragraph 2: "The exercise of these freedoms, since it carries with it duties and responsibilities, may be subject to such formalities, conditions, restrictions or penalties as are prescribed by law and are necessary in a democratic society, in the interests of national security, territorial integrity or public safety, for the prevention of disorder or crime, for the protection of health or morals, for the protection of the reputation or rights of others …"
RELATED TOPICS