Transformation of Ottoman coffeehouses to the present 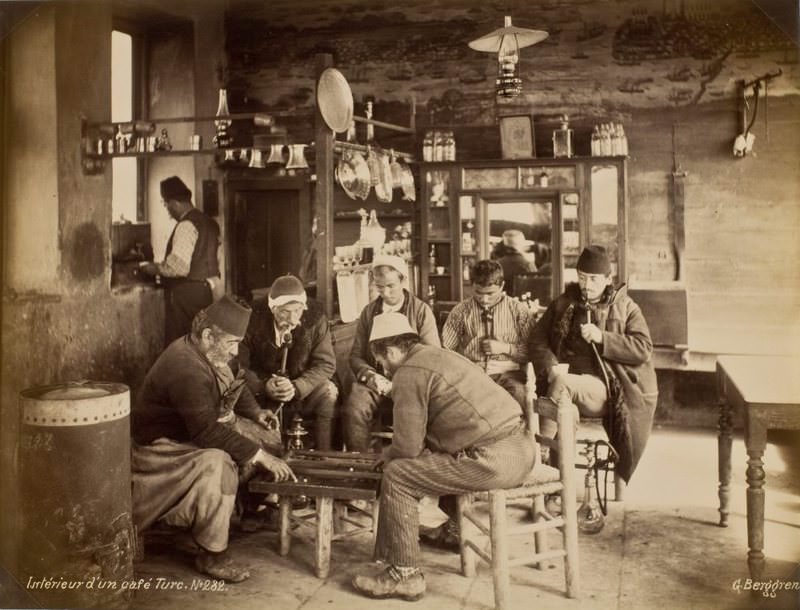 Coffehouses started to spread in Istanbul after 1554 when the first two coffeehouses opened in the city. First, the Ottoman administration did not interfere with the actions of the public as long as they did not disturb the political order and social life, but when they became the place for secret meetings, coffee houses began to draw the authorities' attention

A typical Ottoman town consists of a fountain, a school, government buildings and a bazaar around a town square, including a mosque. Cities were also formed by uniting neighborhoods established like these towns. The centers of these places featured coffeehouses with small courtyards surrounded by trees. Coffeehouses, which where the places where people from seven to 70 came together to rest, share daily news, were both venues that offered people a chance to socialize and improved people's culture.

According to İbrahim Peçevi, an Ottoman historian, Hakem of Aleppo and Shams of Damascus opened the first two coffeehouses in Istanbul's Tahtakale neighborhood, in 1554. Over time, "ahl-i kaif" (pleasure-loving people), clerks, poets and notable figures of the period began to come together at these places.

They drank coffee, had conversations, read books and played chess. Coffee soon became the most desirable drink at gathering of elites, since coffeehouses earned the identity of clubs where intellectuals convened. Tobacco came to Istanbul in the 1600s and coffeehouses began to fill with smoke. 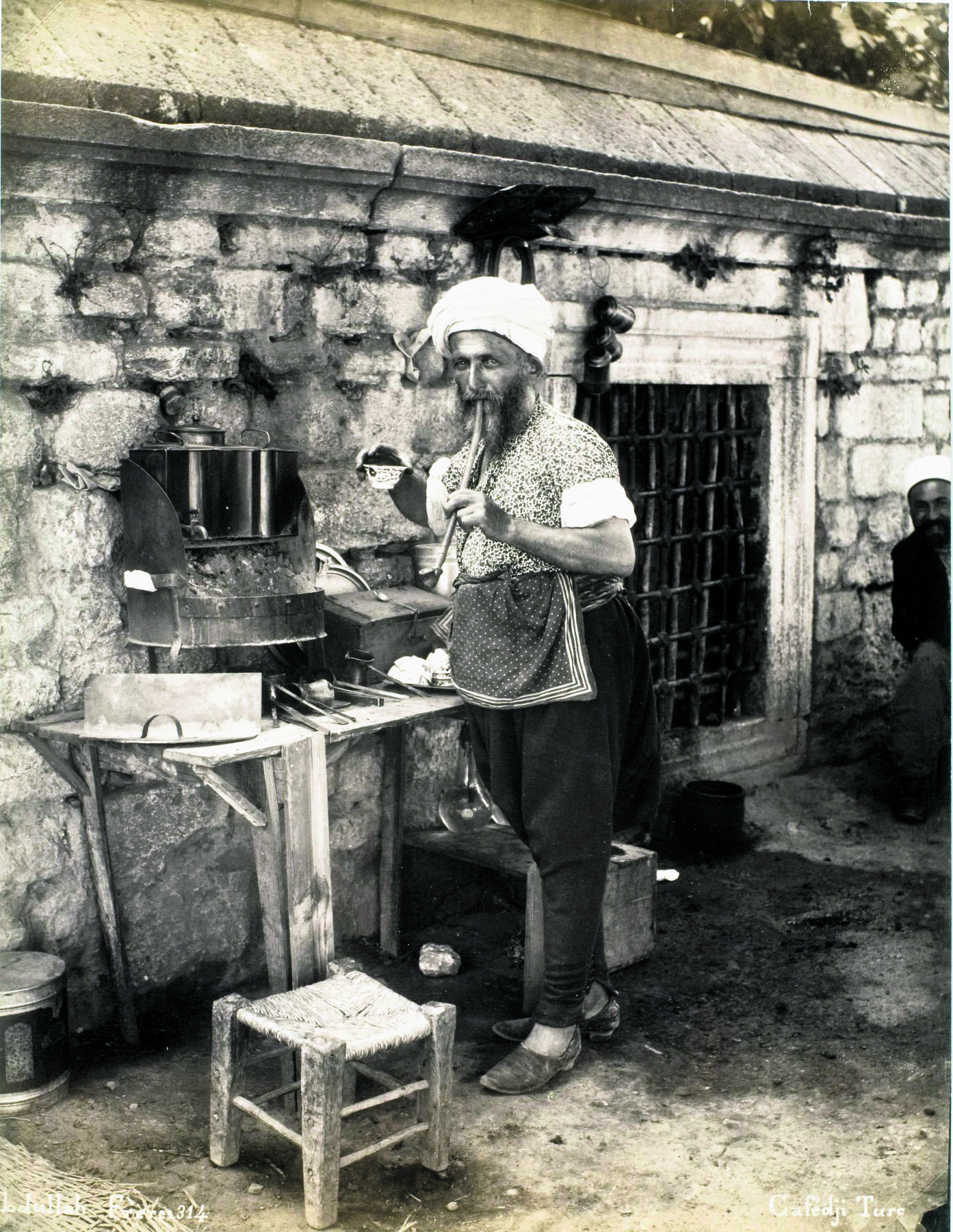 The Ottoman administration did not intervene in the actions of the public as long as they did not disturb the political and public order. When coffeehouses became the setting for secret meetings, they began to draw the attention of the administration. At first, they sided against tobacco and coffeehouses because they said these two things hindered the citizens from doing their work, made them smell bad and perplexed people's heads.

Authorities began to keep an eye on coffeehouses as they allowed people to use pleasure-inducing substances such as coffee and tobacco, but soon after, they began to close all of them one by one. The "ulema," the Islamic scholars, supported the Ottoman administration by issuing a fatwa that stated coffee and tobacco were not permissible according to the religion.

Sultan Murad IV, who ascended to the throne in times of anarchy and maintained order with harsh measures, banned coffee and tobacco. Moreover, he tightened security measures after a fire broke out because of a tobacco user's negligence that burned down 20,000 houses in 1633. Murad IV closed down the coffeehouses and levied severe punishments on those who did not abide by the law. The sultan also controlled whether or not people abided by his rules while in disguise at night. Rumor has it, he ordered the killings of 20,000 people who failed to follow the law.

However, the public did not give up either coffee or tobacco. Wealthy people arranged coffee rooms in their homes. In time, it was understood that both coffee and tobacco were not harmful and the religion was not opposed to it. Upon the fatwa of Shaykh al-Islam Bahai Efendi, who was also a tobacco user, the tobacco ban was lifted in 1649. Coffeehouses began to reopen one by one and they spread both on the Anatolian and European sides of Istanbul.

Coffeehouses were square-shaped and surrounded by large sofas on three sides called "peyke." Clients took off their shoes and sat on the peykes. There was an oven in one corner where coffee and narghile were prepared. Generally, coffeehouses featured an open space under the shade of a willow tree for summers. Apart from small peykes, these open spaces also had cane chairs.

Coffee and narghile were the main treats of coffeehouses. Tea found its place in Ottoman society toward the end of the 19th century. However, all these were an excuse to get together. Thus, these verses were always written on the walls of the coffee houses: "The heart desires neither coffee nor coffeehouse/The heart only desires companionship, coffee is only the excuse."

When coffeehouses were first opened, one person usually talked about entertaining and erudite matters and people would surround him with all ears. If there was no one available who had the gift of grabbing people's attention, one of the literate regulars at the coffeehouses would pick up a book from the shelves and read it aloud for others. Hence, coffeehouses used to be called "kıraathane" (reading house).

Everybody had a coffeehouse that met their expectations. The young, elderly, scholars, clerks and shopkeepers all had coffeehouses for themselves. It was not a fixed thing, however, as a person who was a regular of a coffeehouse could go to another one, but he had to endure stares from the regulars.

Coffeehouse owners were people with unique characters. They were serious people who talked less, got furious for theatrical purposes and even scolded their customers. Nevertheless, they knew all their customers and how to please them without letting them behave capriciously.

Since everyone was a regular of a certain coffeehouse, the owner of that coffeehouse knew exactly what their customers would drink and served it before they even asked. Wearing aprons, the waiters ran from one place to another snapping tongs. Therefore, owners employed young and agile people who were fit for the job.

Some coffeehouses staged traditional Turkish comedy plays called "orta oyunu," as well as shadow plays called "Karagöz." Veteran comedians called "meddah" imitated known figures, masqueraded and told stories. All these arts had a little political satire. As there was no opposition or press tolerated in that era, these plays and shows functioned as the opposition. To defuse the public, sultans allowed the practice to continue.

Some coffeehouses hosted musician-poets who read poems, while some featured musicians who gave concerts. In this respect, coffeehouses served as clubs that hosted veiled political meetings and were also the art centers of the period, staging plays in a time when there was no cinema. After 1908, when partisanship began, coffeehouses were separated according to political views.

The coffeehouse tradition of the Ottomans spread to Europe along with coffee after the Vienna Siege in 1683 and Vienna cafes became famous. No matter how much social life changed, coffeehouses remained the same and continued to be places where people socialized and rested.

Nevertheless, coffeehouses have lost their intellectual atmosphere in the present day. They have become places where ordinary people get together and play cards, but coffee, narghile and tea are still the main treats. The only thing being read in coffeehouses now are daily papers, and in most places phones and televisions have replaced papers. Passionate conversations, arguments about politics and social matters still take place at coffeehouses and they are still places where people "save" the country and the world, and moreover, where the tension of the public is measured.