Turkey should stand together against terrorism 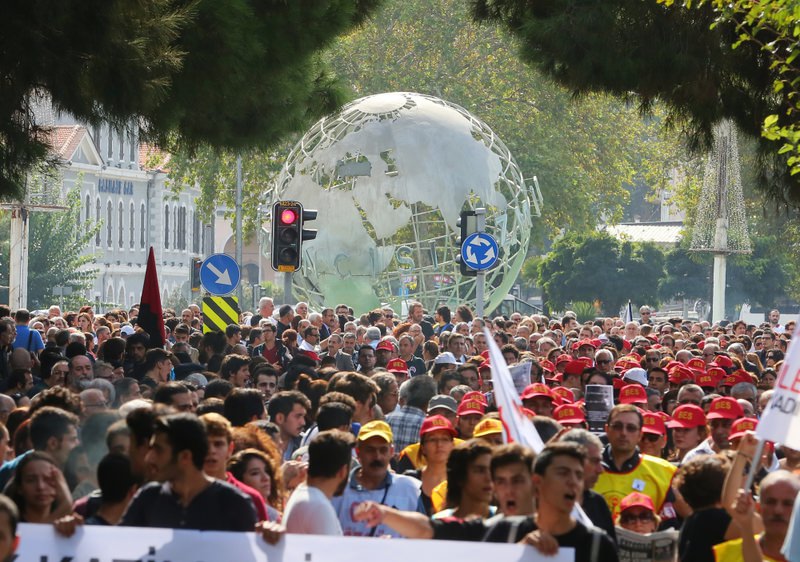 Last week Turkey witnessed the largest terrorist attack in it's modern history in Ankara, which claimed 97 people's lives. Most people have found scapegoats and groups to blame after the attack, but what Turkey really needs is to come together, face this horrific terrorist attack and stand together

Last week, I wrote about memorials in Washington, D.C. Memorials to great generals; memorials to fallen soldiers. In America there is a move to say "enough. No more memorials."

There have been many discordant voices this week. But one voice rises sweet and pure above the cacophony: The call for unity. There are voices calling for all citizens of Turkey – Turk, Kurd, Alevi, Armenian, Greek … to come together. Put down the sharp cutting words of political discord. This is no longer a matter of political discourse. What happened on Saturday cannot be used for political gain. On Saturday, democracy was violently attacked by terrorism.

The PKK is blamed by some, while others blame ISIS. The police say that the evidence seems to point to ISIS. ISIS is an open and clear enemy to Turkey; in July a video was released in which an ISIS spokesperson urged Turks to "conquer Istanbul, which the traitor Erdoğan works day and night to hand over to the crusaders." Two weeks ago the head of the PKK swore to bring the battle to the cities, to take one life for every PKK death.

ISIS and the PKK used to work together in Syria, administering the city of Haseki; now they are sworn enemies, determined to eliminate one another. And the victims of the ISIS and PKK battles, of their terrorist attacks inside and out Turkey, are just "collateral damage."

This is an unprecedented situation. Turkey, as a member of NATO, is under attack by the PKK and by ISIS. It is time that other countries come and stand side by side with Turkey, shoulder to shoulder to push back these terrorist attacks. The people of Turkey must stand together. My message to the media is do not pull the people apart. Enough with your polarization. Forget the elections, forget your calculations of a point here or a point there. There are no more points to be won. Only by coming together, only with compassion and unity, only with empathy and understanding, can Turkey get through this.

Without Turkey, halting the advance of ISIS will be almost impossible. Imagine what Turkey could do if it wasn't having to fight the PKK on one flank? ISIS would not have been able to get this strong. The PKK is sapping the strength and resolve of Turkey to fight ISIS.