Yedigöller National Park suits all tastes in every season 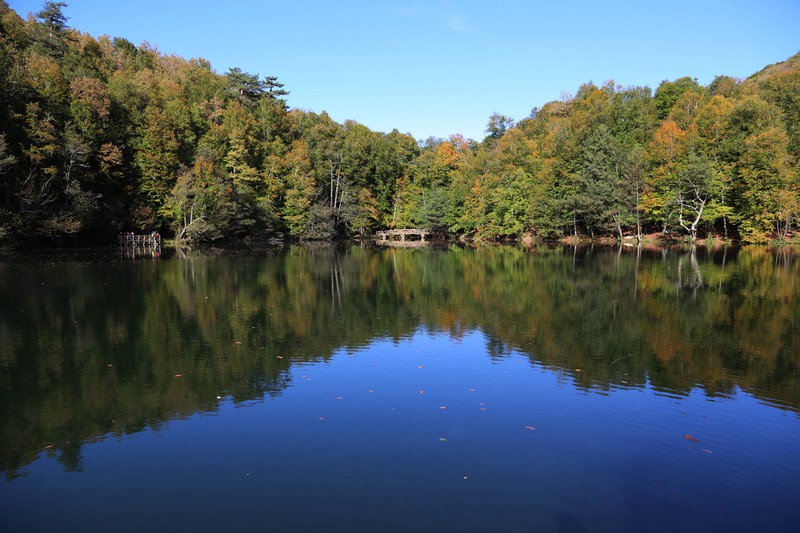 A popular tourist destination in fall, Yedigöller National Park to the north of Bolu invites nature lovers and campers to enjoy tranquility while walking along the park surrounded with rich plants and animals

An array of autumn colors covers the Yedigöller National Park, an essential autumn gateway located in the northwestern Bolu province. With its rich variety of flora, blue skies, tranquil atmosphere, wooden bridges and refreshing weather, the area is a hidden paradise that is a must see for all.

Named after its seven lakes - "Büyükgöl" (Big Lake) "Seringöl," "Nazlıgöl," "İncegöl," "Sazlıgöl," (Lake with reeds) "Küçükgöl" (Small Lake) and "Deringöl" (Deep Lake) -the area offers a perfect scene for travelers and nature photographers as well as passionate campers. The lakes are connected to each other through surface and subterranean streams. As understood from its name, the biggest lake is Büyük Göl. 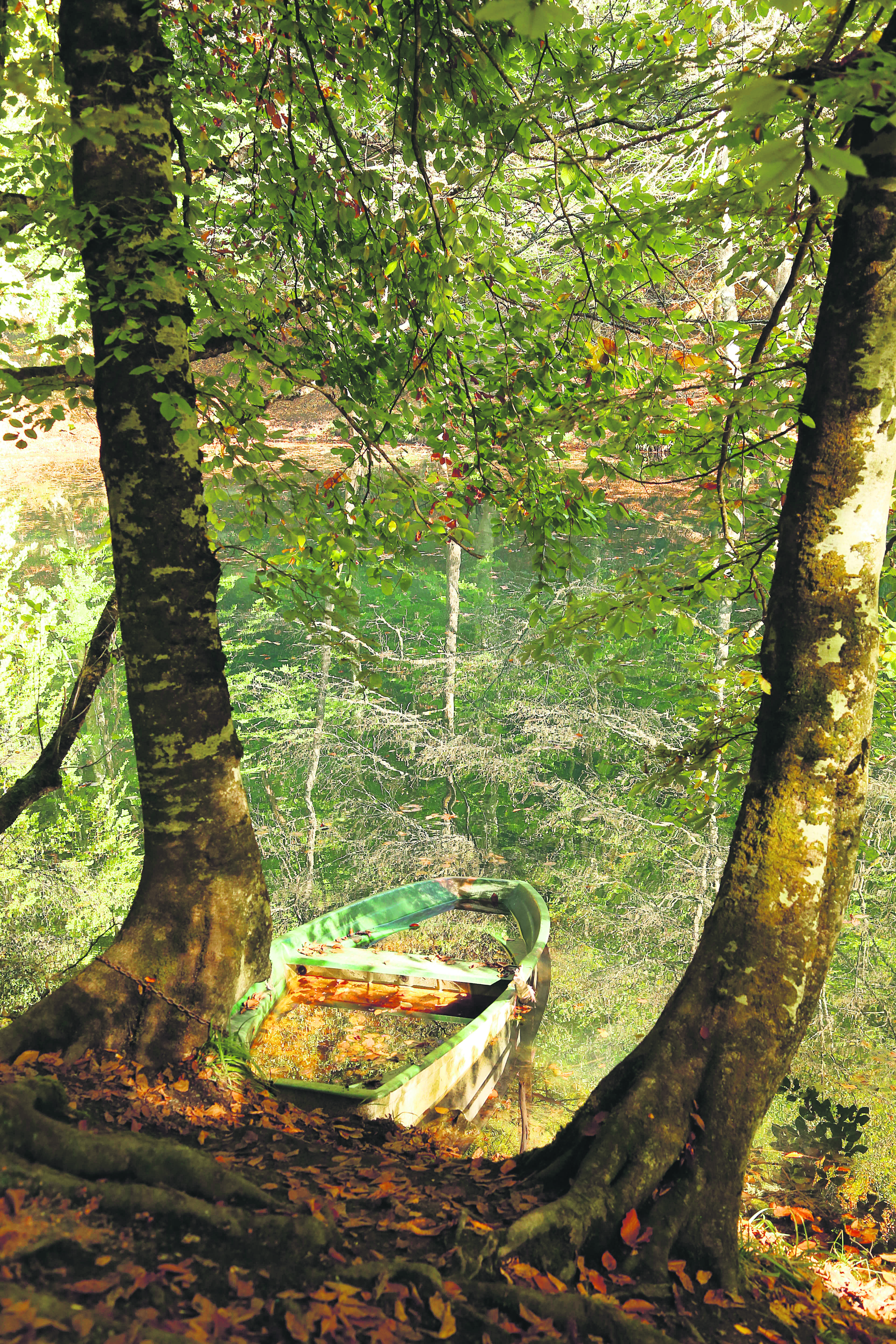 Located just 40 kilometers from the city, the national park started attracting more visitors after the construction of a new asphalt road that led to an increase in traffic to the park. From lilies to crocus and orchids, the park harbors 236 different plant species as well as a wide range of trees like oak, black pine, Scotch pine, firs elm, lime trees, hornbeam, alder, pine, linden and hazelnut. The dominant tree species is the beech tree. A number of different animals - such as rabbits, deers, boars, foxes and wildcats as well as many bird species ranging from wild ducks to wild pigeons - call the park home, too. Different trout species and fish enrich the lake's marine life.

Photography associations organize tours to the park, especially during autumn. Professional and amateur photographers often capture the beautiful sunrises and sunsets at the park. Visitors should enjoy the panoramic view offered at the Kapankaya Observation Terrace. Alternatively, they can tour a deer protection field or have a picnic. Yedigöller is an amazing place to enjoy lake fishing for hours. Walking along a vast sea of colorful leaves surrounding the park is probably what makes visitors feel so peaceful and relaxed. The park is also ideal for day trips, especially for the residents of Istanbul and Ankara. If traveling by car, it takes only 2.5 hours to reach the park from Ankara. 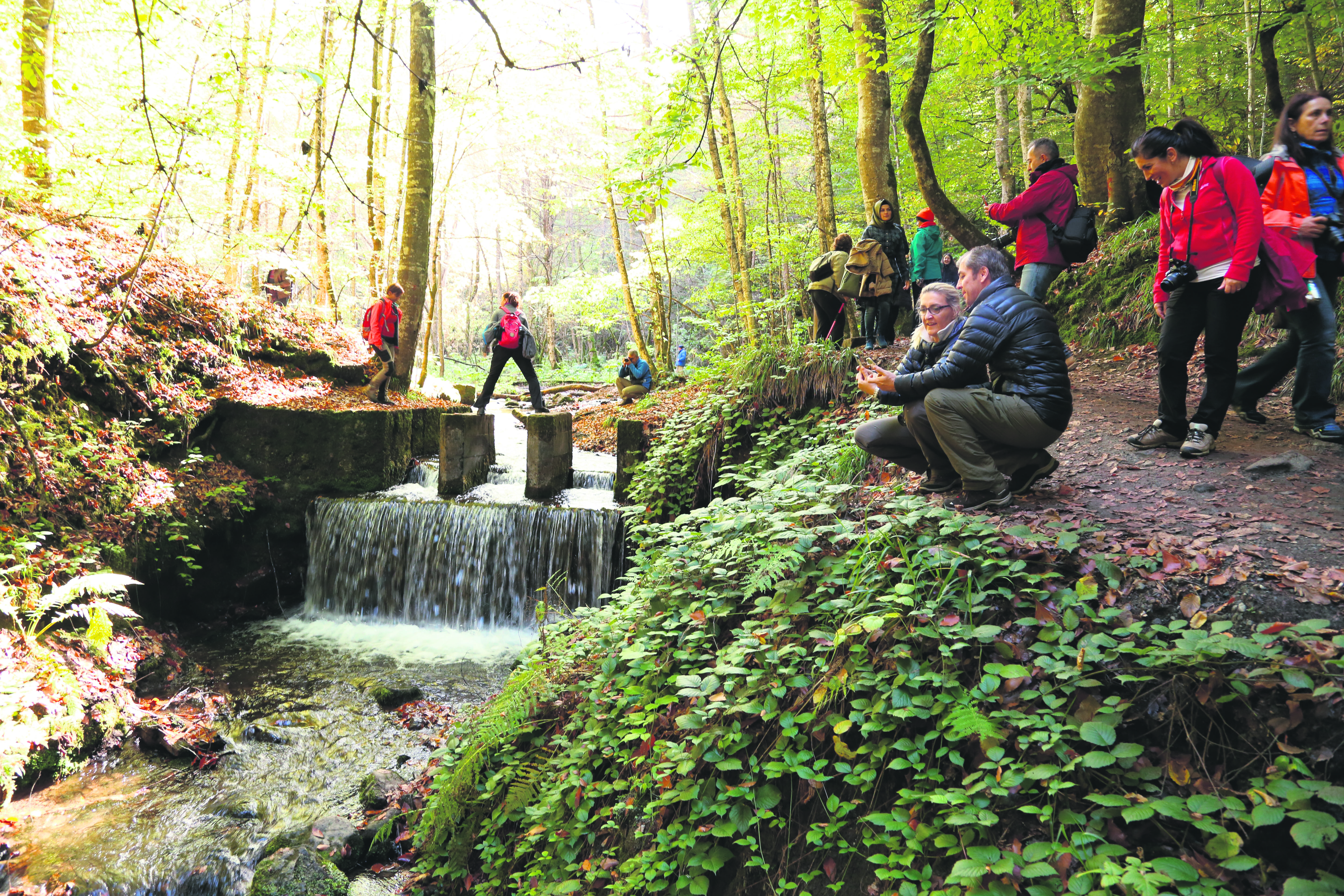 The Association of Turkish Travel Agencies (TÜRSAB) magazine lists some must-do activities during your Yedigöller trip. Aside from visiting the observation terrace, you should have a look at the park's smiling rocks, named after their resemblance to a human's smiling face. There is also a wishing well fountain where water resources combine to feed the lakes. Do not leave without whispering your wish.

For camping devotees, the park has special areas for tents. Although the park does not draw many visitors during the winter, camping is a highly popular activity for the rest of the year. Other accommodation facilities include guest-houses, bungalows, tents and caravans. There are also cafes and restaurants where you can have dinner or breakfast with a lake view.

Those trying the hiking trail can take a break at any of the fountains during their walk. You may see a waterfall with an amazing view that will make you forget the busy atmosphere you have to endure each day.

Spread over an area of more than 16,000 square meters, the park was declared a national park and placed under government protection in 1965. Yedigöller National Park attracted 33,000 tourists in 2013 while the number reached 63,000 last year. According to the regional directorate of the Forestry and Water Affairs, the number of visitors is expected to climb to 100,000 by the end of this year as the park hosted over 45,000 visitors from January to September. Visitors may also discover hot springs, walking and trekking routes as well as some of Turkey's best ski centers during their trip to Bolu.

Transportation: You may access the national park by taking the Yeniçağa exit on the Bolu-Ankara highway and follow the signs for Yedigöller on the route to Mengen. In the winter, the Bolu-Yedigöller highway may be closed due to heavy snow, and the Yeniçağa-Mengen-Yazıcık route becomes the only accessible route to the park.
RELATED TOPICS