The art of packing and unpacking 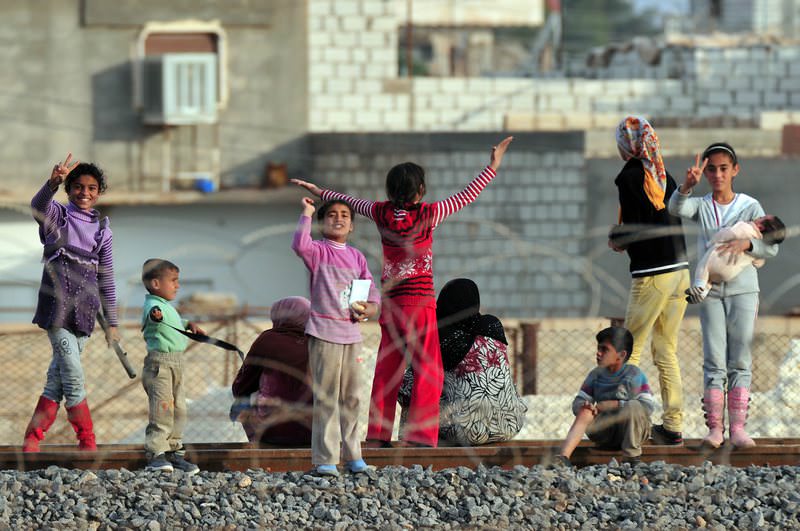 Anyone who packs regularly has a system. I have a system, my mother has a system, my husband has a system and my children have systems. They are all different. How you pack has been studied by psychologists and perhaps determines what kind of person you are. However, packing has taken on a different dimension for the Syrian refugees in Istanbul

When I was studying at university, many years ago, too many to admit to here, we had a teacher who was a Russian émigré. He loved English literature and in particular literature from the early 20th century. One day he marched into the classroom brandishing photocopies.

"Today you will translate this passage. It is a classic. You will all be familiar with it. Please start."

And he distributed the photocopies; it was the famous packing passage from Jerome K. Jerome's "Three Men in A Boat." I was not surprised that this professor had selected this quintessentially British story for us, but was rather puzzled as to how we could translate it into Russian. However, we all set down to do so and at the end of the lesson solemnly handed in our papers. Seeing the grim look on our professor's face, I knew that we had for the most part let him down.

Looking back, after many years of working as a translator I can understand why we failed. We were looking for the right words, rather than the right expressions or even idioms or emotions. Something that is as descriptive as this packing passage appears easy on the face of it. But there are true British values reflected in the packing and unpacking, in the bungled attempts and in the final resolution. In case the reader is not familiar with the packing scene from Three Men in a Boat, allow me to quote some here (but I highly recommend reading all of it):

My tooth-brush is a thing that haunts me when I'm travelling, and makes my life a misery. I dream that I haven't packed it, and wake up in a cold perspiration, and get out of bed and hunt for it. And, in the morning, I pack it before I have used it, and have to unpack again to get it, and it is always the last thing I turn out of the bag; and then I repack and forget it, and have to rush upstairs for it at the last moment and carry it to the railway station, wrapped up in my pocket- handkerchief.

...When I had finished, George asked if the soap was in. I said I didn't care a hang whether the soap was in or whether it wasn't; and I slammed the bag to and strapped it, and found that I had packed my tobacco-pouch in it, and had to re-open it. It got shut up finally at 10.50 p.m., and then there remained the hampers to do. Harris said that we should be wanting to start in less than twelve hours' time, and thought that he and George had better do the rest; and I agreed and sat down, and they had a go.

They began in a light-hearted spirit, evidently intending to show me how to do it. I made no comment; I only waited. When George is hanged, Harris will be the worst packer in this world; and I looked at the piles of plates and cups, and kettles, and bottles and jars, and pies, and stoves, and cakes, and tomatoes, &c., and felt that the thing would soon become exciting.

It did. They started with breaking a cup. That was the first thing they did. They did that just to show you what they COULD do, and to get you interested.

Then Harris packed the strawberry jam on top of a tomato and squashed it, and they had to pick out the tomato with a teaspoon.

And then it was George's turn, and he trod on the butter. I didn't say anything, but I came over and sat on the edge of the table and watched them. It irritated them more than anything I could have said. I felt that. It made them nervous and excited, and they stepped on things, and put things behind them, and then couldn't find them when they wanted them; and they packed the pies at the bottom, and put heavy things on top, and smashed the pies in.

They upset salt over everything, and as for the butter! I never saw two men do more with one-and-twopence worth of butter in my whole life than they did. After George had got it off his slipper, they tried to put it in the kettle. It wouldn't go in, and what WAS in wouldn't come out. They did scrape it out at last, and put it down on a chair, and Harris sat on it, and it stuck to him, and they went looking for it all over the room.

...The packing was done at 12.50; and Harris sat on the big hamper, and said he hoped nothing would be found broken. George said that if anything was broken it was broken, which reflection seemed to comfort him. He also said he was ready for bed."

This is a very British way of packing. Amateurish and proud of it. A "give-it-a-go" type of attitude and one that is open to ridicule. As I said, very British.

I have become a last minute packer. I have it down to a routine now. Of course, there is always something I forget, but my toothbrush and passport are things I check for at least 10 times before leaving. I figure everything else is replaceable (of course, a toothbrush is replaceable, but it takes so long to break one in, getting it to cooperate with one's teeth and gums, that the purchase of a new one is a bit daunting).

Packing for a long holiday/stay is different than packing for a short trip. If going for an extended stay, there is the likelihood that you will unpack and it makes little difference where you place things. However, if you are going for a short trip then you will probably not unpack, and you place things so you won't have to stir, or dig. Living out of a suitcase is as much a science as the act of packing is.

Last year I met a young lady who presented a completely different aspect of packing to me. She was from Syria and living in Istanbul. She had left her home with her family for a two-week holiday in Dubai, visiting her sister who lived there. Little did she realize as she packed that she would never return to the place she called home.

While in Dubai they realized that the war being waged by Assad against the Syrian people was escalating and it was no longer safe for them to return to their hometown. But the authorities in the United Arab Emirates refused them permission to stay. They had to leave, and had nowhere to go. The only country that would accept them was Turkey.

This young lady came with her family. They found a flat and she had a room to herself. In the room was a closet, full of hangers. But she refused to unpack. She refused to take her things out of the suitcase, preferring to live out of it, taking out what she needed every day and replacing them, tidily packed, in the evening.

It doesn't take a degree in psychology to understand what lay behind this person's thinking. If she unpacked; if she hung her clothes up in the cupboard, she was accepting living in Turkey. She didn't want to stay in Turkey. She wanted to return home. So as long as the suitcase lay in the corner of her room, she was not accepting this fate.

Then after 18 months of living like this her mother lost her temper, as mothers do. She insisted that the daughter unpack. Grudgingly my friend hung her things up in the cupboard. After a year and a half of waiting every day to return home she accepted her fate and unpacked.

In September and October this year, the news was full of the Syrian refugees who were trying to make their way to Europe. Repulsed from the border in Hungary, reaching the Greek islands after a perilous journey - indeed the drowning of little Aylan Kurdi was the photo that brought the matter firmly onto the agenda - the plight of the Syrian refugees was front page in every country.

There were many people asking why were the Syrians suddenly flooding to the gates of Europe? Were they coming from Turkey or from Syria? For those who were coming from Turkey, the question was asked "Why are they leaving now"? The answer was that the Syrians saw a limited future in Turkey, as they could not get work permits and thus had little chance of establishing normal lives.

But the reality is a bit more complicated. The Turkish government had plans to try to integrate the Syrian citizens into Turkish society. Whereas the Syrians were already entitled to free education and health care, it was realized that retraining and employment schemes would be necessary. However, the stalemate produced by the June elections and the opposition parties' unwillingness not only to form a coalition, but to take up responsibilities as ministers in the temporary government meant that any decisions about how to deal with the problems of the Syrians had to wait for new elections.

This was something the Syrians were very aware of. Many friends asked me what would happen to them if the Justice and Development Party (AK Party) did not win. Some of the opposition parties had made statements about sending them back. These politicians criticized Prime Minister Ahmet Davutoğlu's government for taking the Syrians into the country at a time when Turkey was facing high levels of unemployment.

These factors led many Syrians to depart Turkey, taking on the dangerous trek to Europe. They left with children, heading toward the unknown. This is not a journey any person would take lightly. The Syrians were not looking for roads paved with gold. They were looking for a more certain future. The unknown in Turkey was more frightening than the unknown in Europe. No one in Europe would repatriate them to Syria, but rather just send them back to the country of origin, i.e. Turkey. And this was a better fate than waiting in Turkey to be sent back to Syria.

Last week we received joyful messages from our Syrian friends. They were happy that the AK Party had won. They were overjoyed because it meant stability. They were overjoyed because it meant that their situation would improve. The most moving message was the one received from a group of university students. They told us that they had packed up all their belongings during the uncertain times, ready to leave at a moment's notice. But now they sent a short message: "We are unpacking..."