Building a life out of a stamp collection 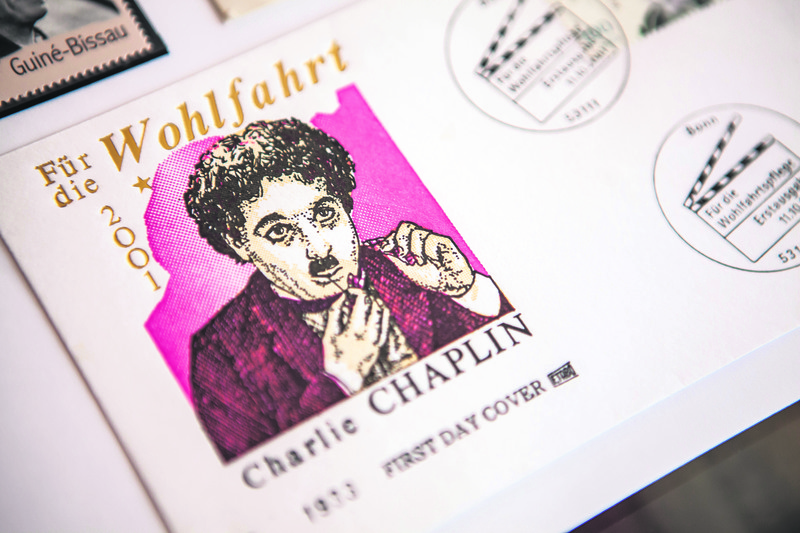 Starting a stamp collection at the age of 10, Şerif Antepli has since acquired stamps from 50 countries imprinted with the faces of cinema stars such as Charlie Chaplin and James Dean

Şerif Antepli is a collector with different jobs: Journalist, publisher and businessman. His stamp collection is what drives his passion after his jobs. He saved his pocket money and bought his first stamp at the age of 10 after being inspired from his father's collection. Throughout the years, he enriched his collection through exchanging stamps with his friends. Instead of traditional stamp collections, he preferred to collect thematic ones for his collection. He made friends overseas and they sent each other stamps in envelopes for years. Although Antepli neglected his collection for a while because of his studies at university and working life, afterwards he returned to the world of stamps once again. Speaking about his stamp journey, Antepli said, "What you see here started with great effort, research, curiosity and passion." His devotion to the movie world beginning at a very early age merged with his passion for stamps. His stamp collection changed its direction, bringing a journey into the world of cinema. 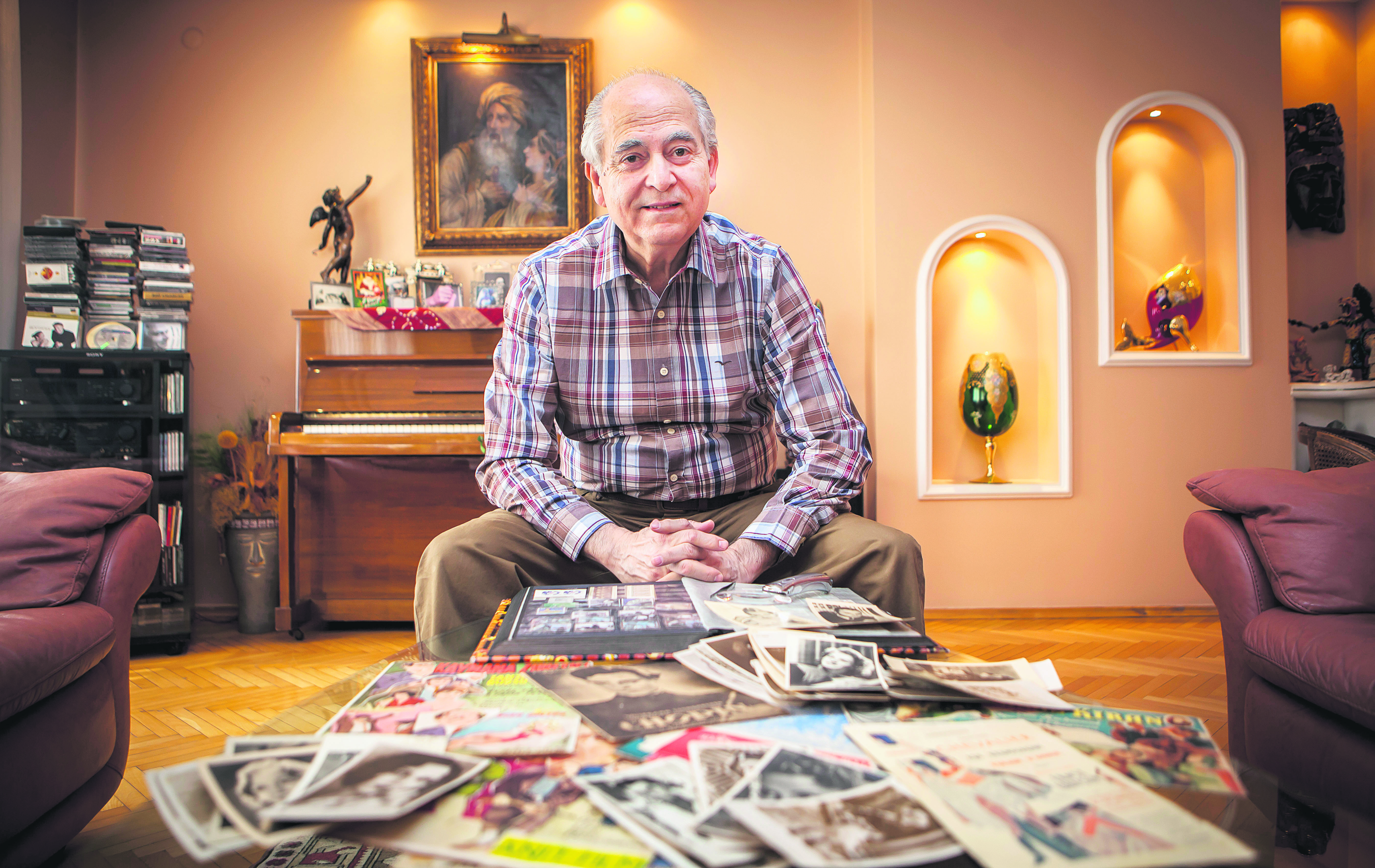 Antepli's collection is comprised of stamps that he collected from 50 countries including the United States and the Philippines. The well-known collector also collected the photos of unforgettable actors, adding another dimension to his collection. Photos of actors or movie scenes accompany each stamp in the collection. The collection does not only feature stamps and photographs, it also ranges from cinema postcards to brochures, magazines and film posters. Thematic stamps on different subjects like republic, communication and football take different places in Antepli's collection. 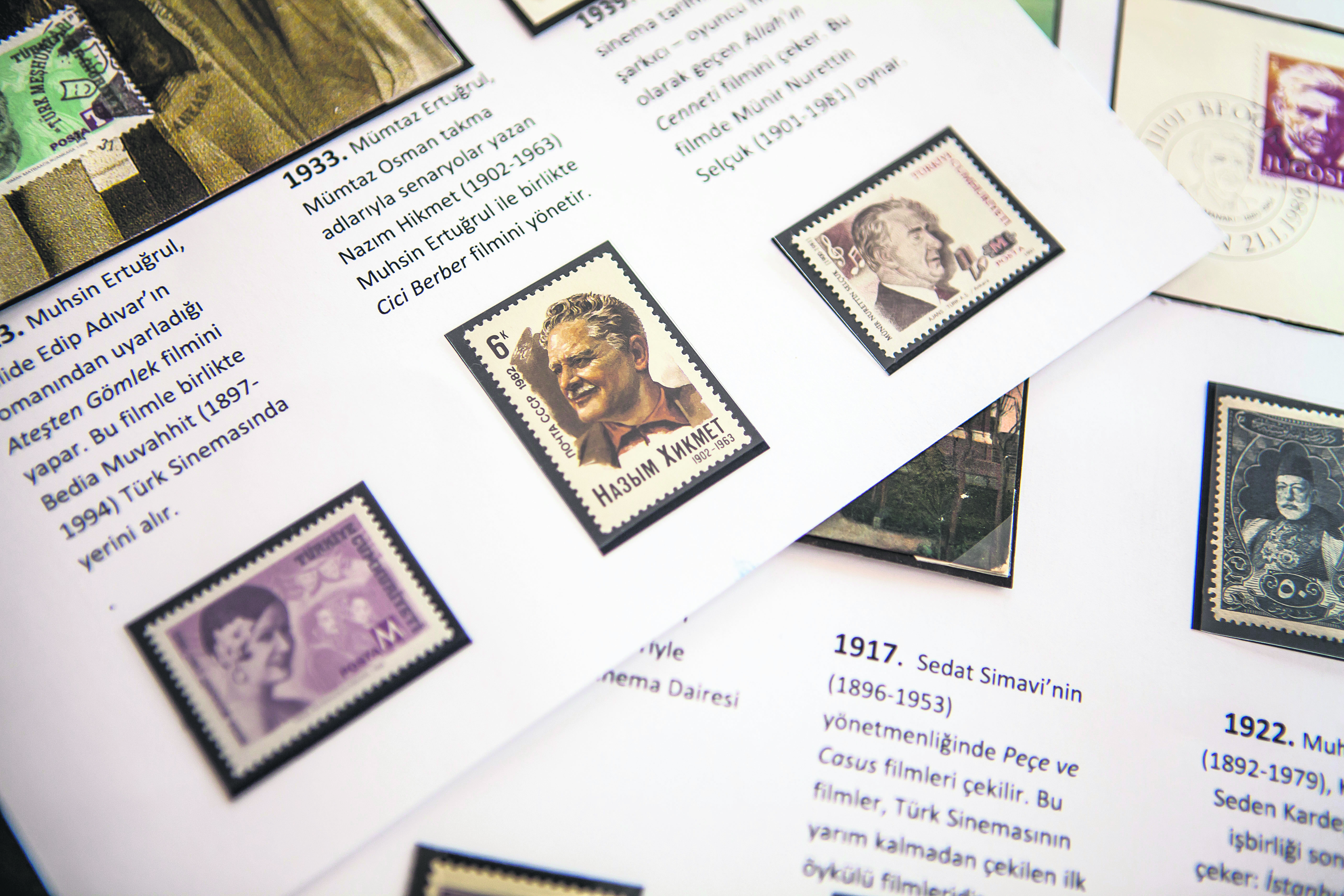 Saying, "My collection is my second life," Antepli does not make a distinction between his collections, yet one of them has a very special place in his art. "I am making a different collection featuring photos, stamps and other objects about the Swedish actress Greta Gadro, the star of the silent cinema industry. I also made a separate series from French, British and German magazines belonging to 80 years ago," he said. Although the Gardo series is important for Antepli, the first stamp that he purchased when he was 10 is the most valuable piece of his collection. "My first stamp has a very special place," he said, and went on to talk about how he preserves his collection with utmost care. "I protect each item in my collection. I turn the pages of my stamp book twice a year in order to ventilate it. I preserve my stamps inside special carbon plastics to prevent them from going yellow, being sticky or wearing off in time," he continued. 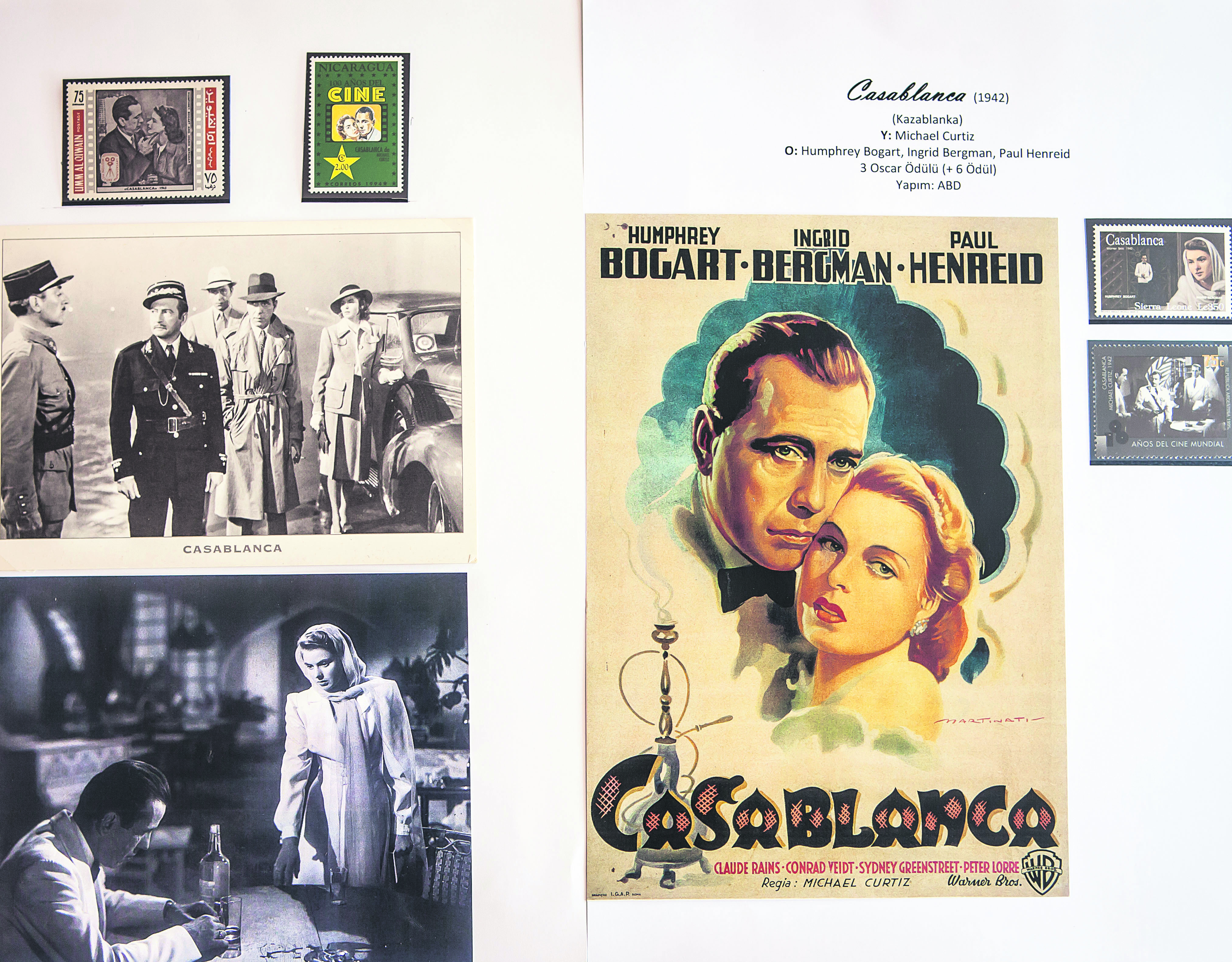 Antepli, who is a gold medal holder of the PTT (The National Post and Telegraph Directorate of Turkey), is the first collector who held a solo exhibition in Turkey. Apart from holding four solo exhibitions for his stamps, the collector has also published reference books about stamps. Antepli who dedicated himself to stamps has 20,000 stamps in his collection. Speaking about his collection, Antepli said he ran after many stamps for years. "If there is a stamp that I cannot get my hands on, I find it either at auctions or collectors abroad or on the Internet," he said.Most of the cinema stamps that Antepli had a hard time getting are those belonging to the early period of the silver screen. "These stamps are expensive and hard to find as they date back years ago," he said. Reminiscent of a detective, Antepli conducted research on every detail about the film or the person featured on stamps and photographs in his collections. The stamps of Academy award winning films also take their place. Everything he has in the collection is organized in a systematic way. "Each stamp in the collection bears lots of information. When you find a stamp, you must know where it comes from. I take care of each stamp in my collection, I know every detail. If you are a true collector, then you must give effort," he went on to say. Antepli is planning to open an exhibition to mark his 60th year as collector in the future.

Complaining that there are not much stamps on Turkish cinema, Antepli said, "In the last five years, stamps dedicated to Turkish cinema have begun to be published. This is why I have more stamps on films and actors from world cinema." Antepli's collection has different sections in a chronological order such as the pre-cinema period, the birth of cinema and post-cinema period.

A large part of his collection includes stamps of Charlie Chaplin, Elizabeth Taylor, James Dean, Grace Kelly, Humphrey Bogart and Jane Russell. Some stamps illustrating the movies like "Casablanca" (1942), "The Bridge on the River Kawai" (1957) and "The African Queen" (1951) are worth exploring.
Last Update: Nov 26, 2015 1:06 am
RELATED TOPICS