Stylish hijabs for all occasions 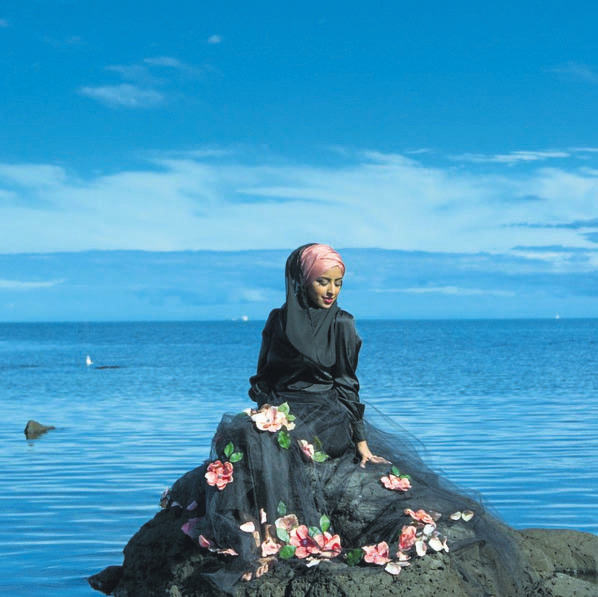 Australia-based stylist Zulfiye Tufa wearing one of her own designs, head-to-toe.
by Gönül Aydemir Dec 07, 2015 12:00 am

As common as the ‘bad hair day' is the ‘bad hijab day' in the life of a ‘hijabi,' in other words, a Muslim woman who has chosen to cover her hair as part of her religious faith

The hijab, or - head - scarf, although considered an accessory, is a significant aspect of a Muslim woman's outfit. While for some, it is the final item crowning her outfit, for others, it is the main clothing item around which the other outfit pieces are determined.

The hijab, generally consisting of a roughly 70 centimeter x 180 centimeter oblong fabric (shawl) or a roughly 1 meter x 1 meter perfect square (scarf), comes in a vast array of fabrics, ranging in weave, texture, weight, color, and so on. It wouldn't be incorrect to say the options are endless.

Until the widespread use of the Internet and online photo-sharing mediums worldwide, it used to be possible to easily point out from which country each hijabi was, based on country-specific ways of wearing the hijab. Although the Turkish hijabi is still quite easy to pick out of a crowd, women in Turkey are also now becoming inspired by hijab styles more commonly used in other predominantly-Muslim countries, while at the same time continuing to shape the way women in other countries wear their hijab. 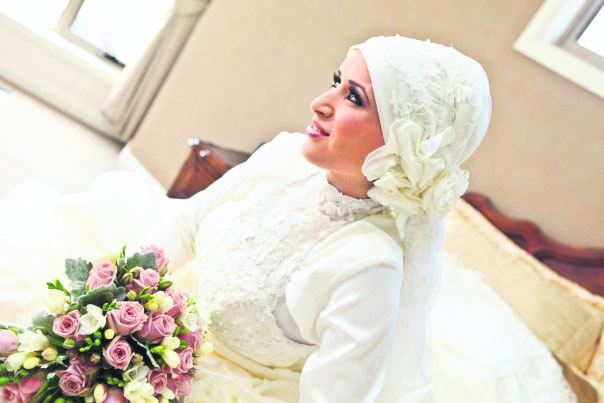 For those unfamiliar with the concept, the general opinion upon seeing a hijabi is that she was either coerced into wearing the hijab or she adopted it out of her love for the man in her life, without giving any consideration at all to the thought that she may have chosen to wear it out of her own free will, because she felt it liberated her - hard to believe, isn't it? In the meantime, hijabis are busy choosing the right hijab for the right occasion and deciding on the right hijab style for their face shape.

The common perception is that the hijab should simplify a woman's life - and that it does - but that does not mean we, as women, do not try to complicate things. Because we do.

With wholesalers and retailers in almost all major districts, Istanbul is the ultimate venue to shop for hijabs. Depending on the type of fabric, prices for hijab range from as low as TL 5 ($1.73) to TL 150 ($50). Paying up to TL 500 for designer brand silk scarves is not an uncommon sight in Turkey either. Online Turkish stores that were not as widespread until the last decade, now make hijab shopping a whole lot easier for the local hijab shoppers as well as hijabis abroad, who do not have access to the wide variety available in Turkey. Yet, the experience of rummaging through the myriad hijabs in Istanbul districts such as Eminönü, Fatih and Ümraniye is definitely something else. 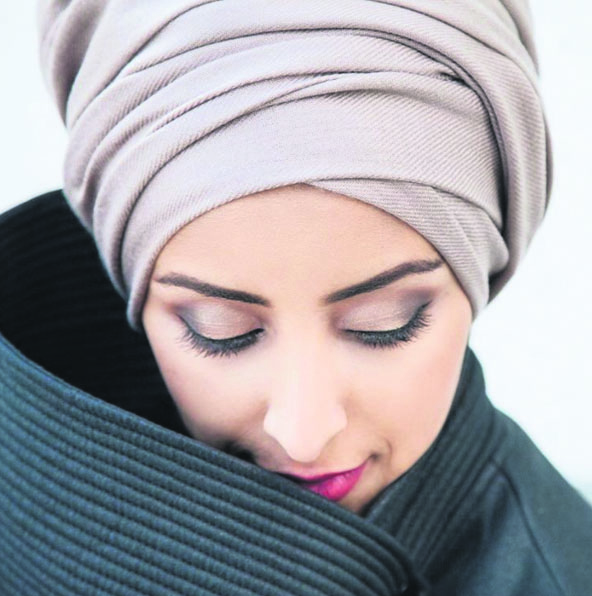 Although it is nowadays easy to find the Turkish-style hijabs anywhere worldwide, the slightly stiffer 100 percent silk rectangle shawls are not as widely available. These hijabs are usually preferred as the stiffness of the fabric creates and automatic peak at the top of the forehead, elongating the face while having the desired slimming effect. The weight of the fabric also makes it easier for the hijab to stay put, and they are easily wrapped, requiring minimum effort to achieve the shape wanted. However, they are much more expensive compared to other hijabs, as the price usually starts from TL 60, with the most common price range being TL 90 to TL 120. Yet, newer styles with prints can be found for TL 150 to TL 180. The price might be one of the main factors as to why hijab importers abroad are not so keen on stocking them. Although there are many brands manufacturing these shawls, some of the most popular ones are İpekevi, Aker, Cashmira İpek and Şalevi.

Special occasions usually present the toughest of choices for hijabis, particularly if it is their special day. Once the outfit has been decided, a style needs to be determined. In some cases the hijabi already has a style in mind. So then the outfit chosen must suit that style. The fabrics and accessories for the special-occasion-hijab are chosen with great meticulousness. Every detail is important.

Choosing the right hijab stylist, or "hijabdresser," is the most important step in achieving the desired style. For the hijabi bride, her hijab is the most important part of her bridal outfit. It would not be an exaggeration to state that it is so important that she can become a "hijabizilla" over the matter.

According to hijab stylist Nuran Aksoy of Gül Aksoy Türban Tasarım, a make-up and hijab styling studio in the Bahçelievler district of Istanbul, the greatest issue for hijabis on their wedding day in addition to the "perfect" make-up, is achieving the perfect shape for their face. Using pins to weave and fasten the style over the customer's head, while sewing on the accessories, "it takes up to two hours to complete a bridal hijab," she says. Strong-hold hairspray is used over the fabric to make sure the shape does not shift during the day - a hijabi bride's nightmare. Although appointments need to be made well in advance, Aksoy had a customer call a couple of weeks ago, crying her heart out over the phone. Saying that it was an emergency, she asked if Aksoy would accept to do her hijab and make-up. When Aksoy asked what was wrong, she said she would explain once she got there. Fortunately, Aksoy was able to accept the bride, finally drying her tears and putting a smile on her face. "She was distraught, because the hijab stylist who did her scarf could not get the front right. She was also unhappy with the make-up," Aksoy explained.

So, there is a great burden on the shoulders of hijab stylists to achieve exactly what the bride has in mind. Unless that mental image is achieved, she will not be happy. Aksoy also noted that voluminous lace veils are preferred the most, with the accessory, like fascinators, beaded or lace head-pieces, et cetera used to add bling to the hijab, also being just as important as getting the front of the hijab right. "The bling accessory, which has gained popularity in the last 10 years, is the most important detail of the bridal hijab. If the accessory does not turn out to be just as they want it to be, then you are in trouble," she said.

The great thing about hijab stylists is that the majority of them offer home service, of course with an added fee, depending on the distance. For a reliable and skilled hijab stylist, you can expect to pay anything over TL 300 for a bridal hijab, with some charging fees of about TL 750. However, hijab styling fees for engagements and henna nights are slightly cheaper.

As confirmed by hijab stylist Aksoy, "hijab artists" as I like to call them, the most important aspect of styling the hijab, whether it be for a special occasion or an everyday look, is the way the front of the hijab frames the face. The wrong style can make one's face look wider, shorter or even add ages to one's appearance.

Despite hijabis being the primary victims of Islamophobia around the world, the subject of political figures debating whether wearing hijab should be allowed in public spheres and regardless of all the restrictions that were imposed on wearing hijab in Turkey until the last couple of years, hijabis continue to attach great importance to and put a lot of thought into their hijab. Because in the end, regardless of all the petty details and emphasis on what to wear and how to wear it, wearing hijab is more about how it makes you feel, rather than how you look. But that, dear readers, is a whole different topic.

Here are a few tips on how to wear hijab for different face shapes: 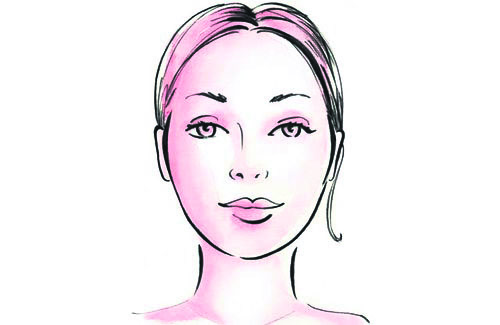 If you have an oval face, considered by many to be the "perfect" face shape, you are quite fortunate as you can get away with almost any hijab style. Simply let the fabric to fall naturally against your face when styling it, without any further effort to shape it. 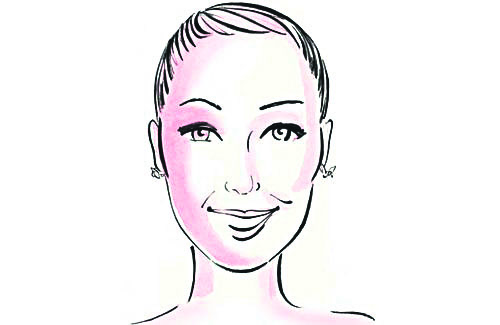 If your face is considerably short with a wider jaw line, you want to give the impression of a longer face. Hence, you will need to adjust the proportions of your face with your hijab and using dressing pins to fix it into place. Pulling your scarf back, closer to your hairline will elongate your face, while bringing the sides closer toward the ends of your eyebrows will have a slimming effect. 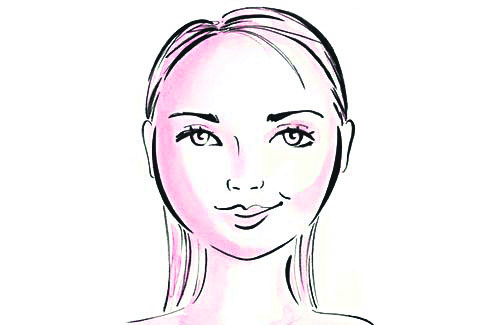 If you have the cutest of face shapes with plump cheeks and a rounder chin, you are probably not too keen on drawing attention to them as much. Opting to use more fluid fabrics, your best option would be to let the fabric fall loose, rather than pinning it tight, which will just further accentuate your round features. Creating folds will help disguise the roundness. 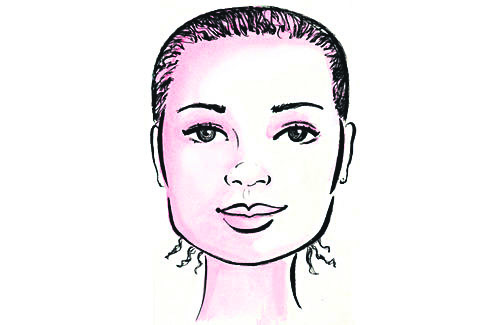 If you have a square face with a sharp jawline, wide cheeks teamed with a wide forehead, you too will want to let your scarf hang loose, rather than wrap it tightly around the frame of your face. This will only emphasize your strong jawline even more. Adding folds to your scarf will help you achieve a more feminine look. 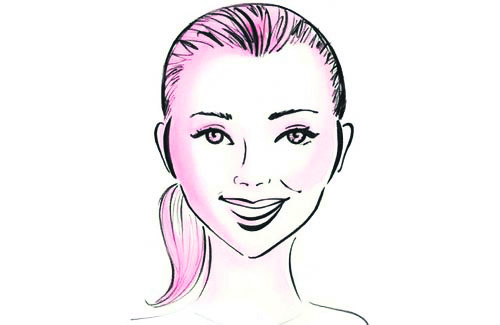 Anything heart-shaped is beautiful, wouldn't you agree? You have a wide forehead and a teensy weensy chin. You simply need to even out your face proportions. Making a "peak" at the top of the forehead, which has come to be commonly known as the "Turkish style," will create symmetry with your chin. Personally, I believe this style best suits the heart-shaped face. You always have the option of showing your whole forehead, while pinning your scarf under your chin, framing it at the edges of your jaw to give the impression of a wider jawline.
RELATED TOPICS