New Year for Some 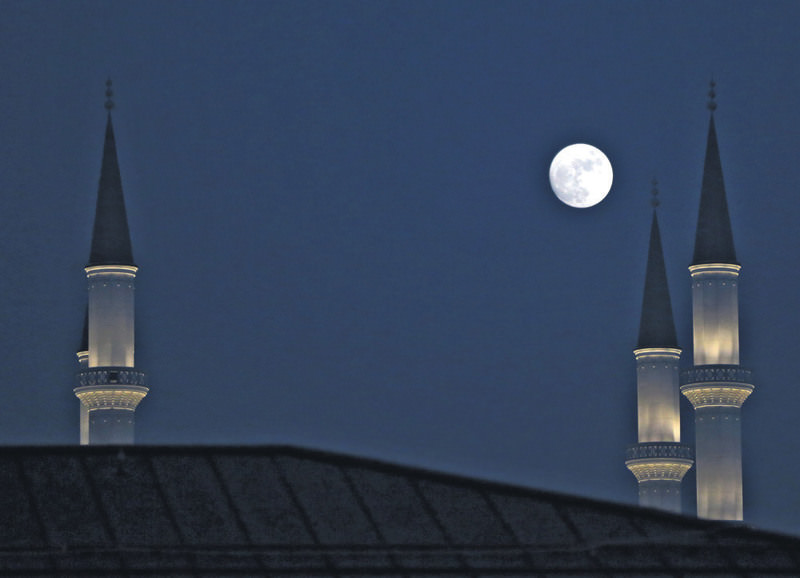 Here we are, at the beginning of yet another new year. Who knows what 2016 will bring; will it be a year of peace and happiness, or one of strife and uncertainty? Only time will tell.

As the kitchen calendar for 2015 finds itself in the bin, replaced by the shiny crisp 2016 calendar, it is a time for reflection. The 31 of December is a time when people make resolutions that will change their lives (they hope) and when they look forward to a year full of promise.

But who decided that this day should be the last day of the year? There are other calendars; indeed, there have been many calendars throughout time. What has made the Gregorian calendar reign supreme throughout most of the world?

The calendars in use today consist of three types; solar (based on the movement of Earth around the Sun) lunar (based on the rotation of the Moon around the Earth) and lunisolar or solilunar. In addition to this are calendars that I find fascinating, absurdist calendars (for example, the 'pataphysics calendar) or fantasy calendar (for example, the Shire Calendar, the Middle Earth calendar created by J.R. Tolkien, or even the Star Trek calendar).

But to get back to reality. Two years ago a calendar system was discovered in Scotland which predates, by thousands of years, any other calendar system that has been found. In northern Scotland a row of pits, thought to be used to determine dates, was discovered. This "calendar" was made about 10,000 years ago. The pits are thought to represent the months of the year and the lunar phases during the months. Scientists think that this complex was used from 8,000 BC to 4,000 BC, much longer than we have been using the Gregorian calendar.

The pits at Warren Field, Crathes, Aberdeenshire were excavated in 2004 by the National Trust for Scotland; they consist of different depths, suggesting that each month was divided into 3 ten day weeks (waxing moon, full moon, waning moon). Doesn't a three-day week sound attractive? Particularly if we can keep the concept of the weekend…

There are 12 main pits, each one representing a month; the pits form an arc, which is thought to represent the year.

Why would people living in prehistoric times need a calendar? They would not have had meetings, or anniversaries and probably did not keep track of their birthdays.

The calendar at this time would help them determine when animals would migrate, making their task of hunting easier. Such primitive societies may also have had religious ceremonies that could be marked by the calendars.

Another ancient calendar, the Mayan calendar, emerged from a society that was skilled in mathematics and astronomy. The calendar was used in the fifth century BC; this calendar was also by the Aztec and Toltec societies.

In the 1960s a stone tablet was discovered. It is claimed that on this table Mayan predictions were recorded that the world would end on December 21, 2012. However, as everyone who woke up on December 22, 2012 realized, this was just another crazy Doomsday prediction. IN fact, December 21, 2012 was just the end of a cycle of the Mayan calendar.

At first the Egyptian calendar was based on cycle of the moon; later however, the calendar became a solar one that included 365 days. This calendar was first used in 4,236 BC.

This calendar was devised by mathematicians, poets and an artist. The mathematicians created an equal division of months and time. The poets came up with the name of the months – which have meanings including words like vintage, mist, frost, snow, rain, blossom, harvest, and heat. The names for the days of the week (ten in all) were more straightforward. 1st day, 2nd day, 3rd day….

The Chinese still use a calendar today that dates back nearly 5,000 years. This is a solilunar calendar with 12 cycles. Each cycle is related to a specific animal; the rat, ox, tiger, rabbit, dragon, snake, horse, sheep, monkey, rooster, dog, and the pig. The new year depends when the new moon is spied between January 21 and February 21. This year (from February 8) will be year of the monkey.

The Persian year consists of 12 months; these range from between 29 and 31 days. The new year starts with the spring equinox, and thus changes from year to year.

The Jewish calendar is a solilunar calendar of 12 months, plus an extra 'intercalary' or leap month, which occurs about every three years.


The Jewish new year, Rosh Hashanah, occurs on the first two days of the seventh month. It is said that the calendar, although existing well over 5,000 years, was first recorded in 359. This calendar is used for religious purposes and is the official calendar of Israel.

The Hindu calendar was last reformed in 1957; it is a lunisolar calendar which starts with Baisakhi, the date that marks the beginning of the harvest season. The calendar has 12 lunar months, each month beginning with the new moon. The months range between 29 and 30 days; the leap years coincide with those of the Gregorian calendar. The months have traditional Indian names. The reform in the 1950s was necessary as there were approximately 30 calendars being used at this time. These calendars were used to mark the religious festivals for the number of different religions, Hindu, Buddhist, Jainist and Muslim. Many calendars had been shaped by local customs. Thus, bringing all these calendars into one calendar made life much easier for everyone.The Islamic calendar is a lunar calendar that consists of 12 months; there are 29 or 30 days in every month. The calendar starts with the Hijrah, when Prophet Mohammad emigrated from Mecca to Medina, that is, July 16, 622AD.

The month starts with the first sighting of the moon. As each year in the Islamic calendar is shorter than the Gregorian year, the months move through the seasons; it takes approximately 33 years for the calendar to make a full round of the seasons. The calendar is used in many Muslim countries and is used to mark important days for Muslims throughout the world.

So, there are a number of different calendars. We may be in 2016 at the moment. But there are plenty of people throughout the world who mark their time in different ways. For business/fiscal purposes the Gregorian calendar reigns supreme. But our lives do not consist merely of business. The religious calendars, the traditional calendars - they all continue today because they serve an important function. Those who celebrated the new year may find that their neighbor or colleague did not, does not and will not celebrate the new year at the same time. Much as we respect one another's culture and religion we should also respect different methods of time keeping. All that these different calendars do is demonstrate that different things are important to different people.
Last Update: Jan 02, 2016 12:23 pm
RELATED TOPICS