The Holodomor: a manufactured human tragedy 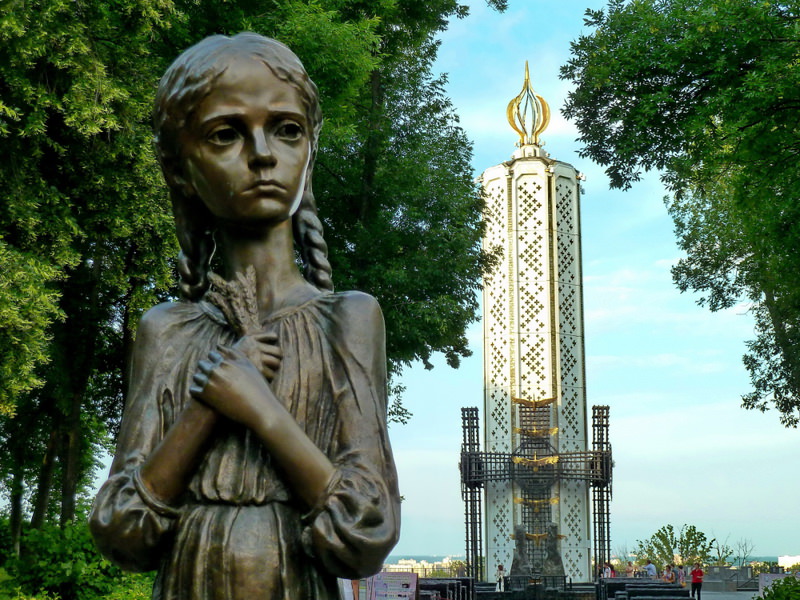 With a mild climate and surrounded by fertile river plains, Ukraine is rich in grain production. Ukrainians, however, were victims of a man-made famine during the Soviet era, remembered as the ‘Holodomor,' which literally means ‘death by hunger'

Ukraine, a country home to a Slavic people different than Russians that has sustained its independence for a long time, came under Russian rule in the 17th century, but a national awakening emerged two centuries later, with the Ukrainian language, culture and history coming to the fore with the help of intellectuals. Ukraine resisted the Bolshevik revolution and the tsarist White Army found support there.

The nationalists rejected joining the Soviet Union and wanted to form an independent Ukraine with Western Ukraine that was ruled by Poland and Austria at the time. However, the Red Army oppressed them and the Soviet Union claimed full dominance over Ukraine in 1922. All these incidents consumed the communists' power. They gave up efforts to make their ideology recognized by the whole world and then Joseph Stalin brought Stalinism, the nightmare of the 20th century.

Having come to power in 1924, Stalin got rid of his political opponents and then advanced on Ukrainian resistance. He centralized financial and social life under strict control. The Ukrainian language was banned and a new law was adopted to collectivize agriculture in 1929. Farms were nationalized and villagers were forced to become state workers on their own land, which had become collectivized farms. At first, communists turned a blind eye to the nationalization of these fertile private farms. However, they did not find the support they wanted from Ukrainian villagers during the civil war and saw them as a threat to the regime. Thousands of Soviet officers were sent from the government center to these villages. Ukrainians, who had an understanding of property from the beginning, showed resistance to this policy. The resistance reached its peak near the Don River.

Upon a decrease in production, Moscow put pressure on Ukraine, which was the primary source feeding the Russian Soviet Socialist Republic. The government put the blame on villagers when the 1932 harvest season did not go well. The shortage was met with soldiers collecting taxes from villagers by force. The public had no choice other than to eat their animals to survive. Due to the lack of animals, villagers could not harvest. A dreadful famine emerged after Ukraine's wheat was seized without leaving a small portion to the villagers. Thousands of Ukrainians died of starvation and related diseased. The artificially caused famine developed in Ukraine's Kuban region from 1932 to 1933 lead to 8 million people dying of hunger, is remembered as the "Holodomor," which means "death by hunger" in Ukrainian. The famine caused damage not only in Ukraine, but the Soviet Union's other regions like the Caucasus and Kazakhstan. This is why the Nazis received support from the local people when they invaded Ukraine. However, they were also in favor of the collectivization of farms. By doing so, the Soviet Union would starve to death and lose. This time, Ukrainians formed militias to stand against the Nazis.

Although the results were obvious, statesmen did not tend to take any precautions beforehand. They wanted to show the famine as an intimidation to others. Almost 1.7 million tons of wheat was exported in 1932, the year Ukrainians suffered from the famine the most. A year later, more than 1.8 million tons of wheat was exported. Selling food was banned and those who attempted to escape to find food were either stopped or killed. Official consent was required to travel and Stalin's reliable man, Pavel Postyshev, the first secretary of the Kiev Regional Committee of the Communist Party of Ukraine, was dispatched with authorities to fully establish the system. All these incidents were masterfully hidden from the rest of the world.

It is said that between 15 and 20 million people either died or were killed because of Stalin's Ukraine policy and activities destroying opponents. He achieved testing his Five Year Plan at the cost of many people's lives. Stalin turned the famine and massacre into a political advantage by blaming Ukrainian nationalists and foreign states. Even though he already knew that the seizure of grain would result in the death of millions of people, he claimed that Ukrainians intentionally starved to death following an order from Warsaw. Anyone talking about the famine in Ukraine was targeted as a German agent while opponents in Moscow were directly targeted as fascists. However, none of this prevented Stalin from making a deal with Hitler to rule Poland in 1939. A system of terror that had been never seen before in history was now deeply centralized.

Ukraine suffered greatly from Russian and Soviet colonization. Ukraine is also the country that had the highest number of deaths from 1933 to 1945. During Glasnost and after Ukraine gained its independence in 1990, such disasters slowly came to the fore. In 2003, on its 70th anniversary the U.N. published a declaration describing the Holodomor as a national tragedy. Twenty-six countries including Ukraine and the U.S. recognize the Holodomor as genocide. Ukrainian parliament enacted a law condemning the Holodomor on Dec. 28, 2006. Related documents were found in KGB archives and published. The last Saturday of November is commemorated as Memorial Day for Holodomor Victims.

Victor Kravchenko, a senior Ukrainian Soviet bureaucrat who defected to the U.S., masterfully explains the Holodomor in his 1950 memoir, "I Chose Liberty," which became a masterpiece in anti-communist literature and was translated into many languages, including Turkish. On the other side, certain some leftist authors claim that Holodomor was defamation propaganda of the Nazis and anti-communist Ukrainians against the Soviet Union's success and was perpetrated by U.S. agent offices. They claim that the truth is that it was an unimportant famine that happened in the region at certain times.
Last Update: Mar 04, 2016 1:12 am
RELATED TOPICS