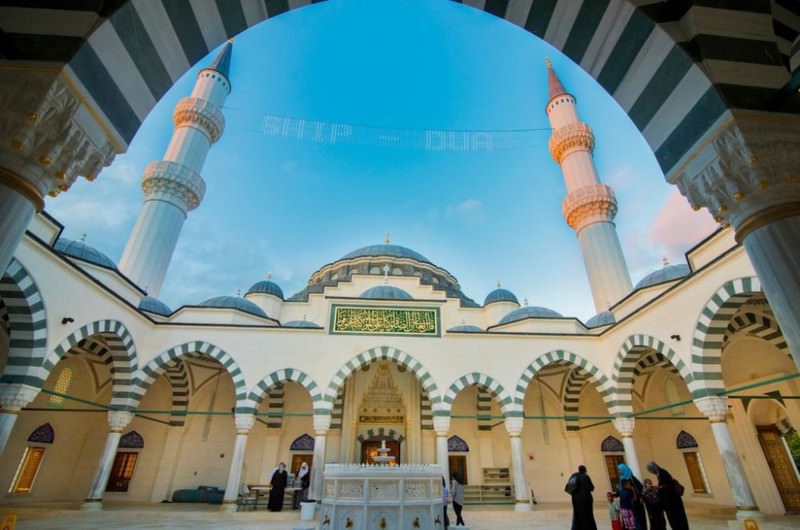 The U.S will have its largest Islamic complex on April 2 when it is inaugurated by President Recep Tayyip Erdoğan. The complex will provide social and religious functions and features classical Ottoman architecture both its interior and exterior

An Islamic complex for social and religious facilities that reflects classical Ottoman architecture and features twin minarets surrounds the U.S.'s largest mosque, which will officially open later this week.

The Diyanet Center of America (DCA), in Maryland, just 21 kilometers from the nation's capital, will be officially opened on April 2 by President Recep Tayyip Erdoğan.

The marshy land was bought in 1990 by Turkey's Presidency of Religious Affairs and had only a 100-square-meter Turkish mosque and community building located on it, according to the DCA's architect, Muharrem Hilmi Şenalp. 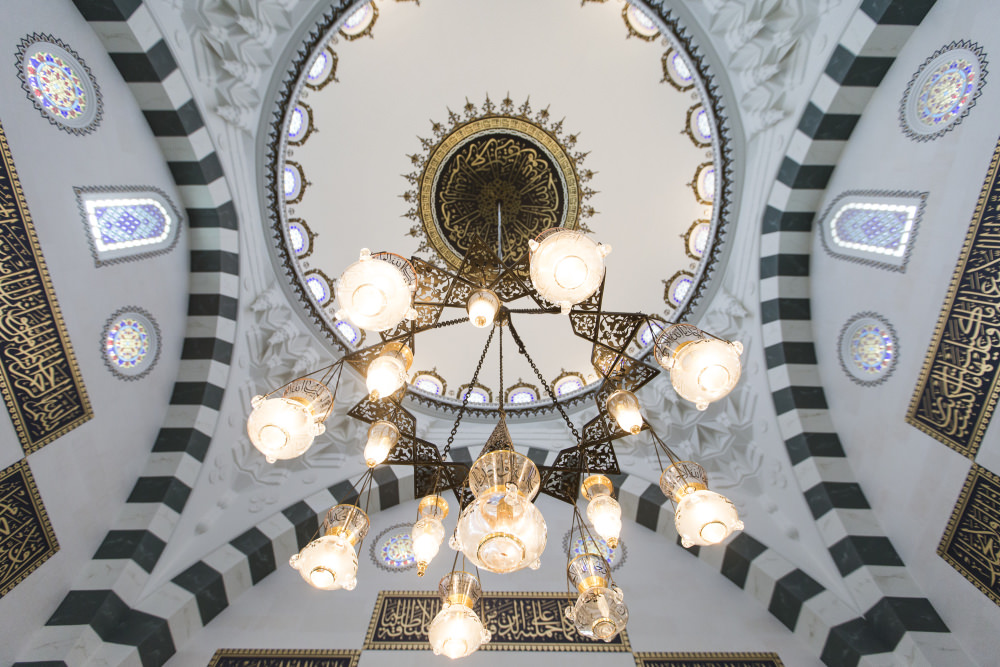 The cultural center includes a library, conference and exhibition halls, an assembly hall and a reception area. The Islamic Research Center within the building will provide consultancy services for undergraduate and graduate students coming from Turkey to the U.S. There is also a 300 square meter Islamic Arts Museum below the mosque and 10 traditional Ottoman houses within the complex where guests can stay.

"After a declaration of intention in 2009, we started the process for the project, which would reflect the thought of the Islamic world ... with an understanding to build a historical Islamic Turkish city, we tried to include all that is needed in a complex," Şenalp told Anadolu Agency.

The classical city structure of the Ottoman Empire featured a mosque at the center with the city built around it. Şenalp said the project was based on that type of plan and that the architecture of the mosque reflected traditional Ottoman Empire style of the 16th and 17th centuries.

"There is a mosque at the center, and a Turkish-Islamic garden in front of it. Right next to it there is the cultural center, which has a balance of classical and modern architecture," Şenalp said. 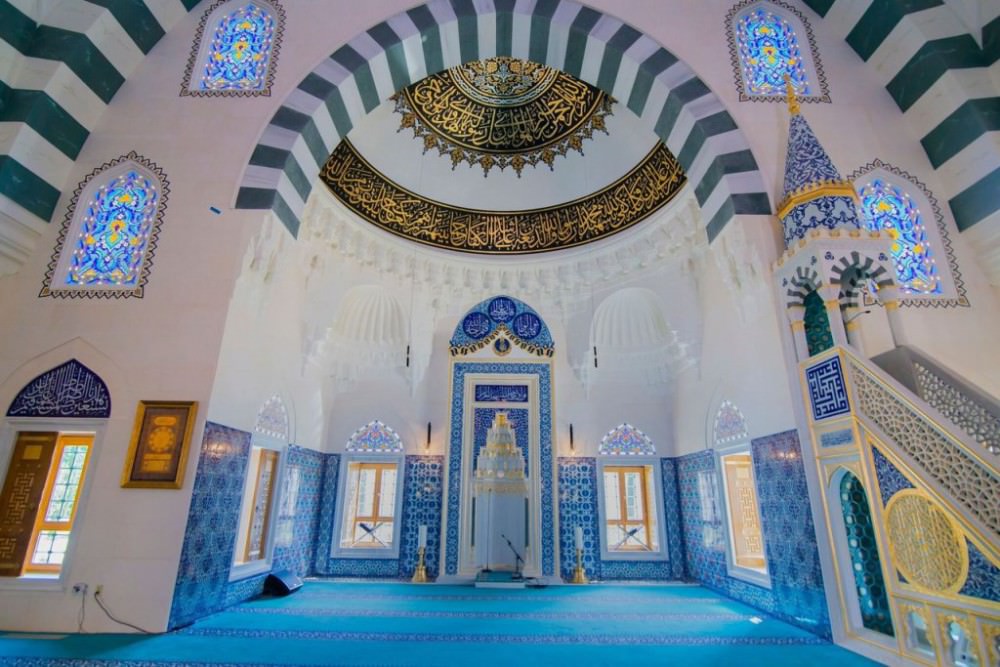 The cultural center includes a library, conference and exhibition halls, an assembly hall and a reception area. The Islamic Research Center within the building will provide a consultancy service for undergraduate and graduate students coming from Turkey to the U.S. There is also a 300 square meter Islamic Arts Museum below the mosque and 10 traditional Ottoman houses within the complex where guests can lodge.

According to Şenalp, the houses turn the complex into a Turkish-Islamic neighborhood. While building mosques, the Ottomans used their own measurement system, which was also used for a while even by the newly founded Republic of Turkey after the Ottoman Empire collapsed after World War I. According to Şenalp, he used the system for the design to abide by the historical style.

Although he worked with a U.S. company for the rough construction of the complex, Şenalp said that all material in the craftsmanship was transported by sea and air from Turkey, adding that all the craftsmen who built the complex came also from Turkey.

Mustafa İskender, a member of the project's implementation and design team, said the art and craft performed on the complex by Turkish artisans was very special as the techniques are very old and almost extinct.

İskender said there were a lot of conversations with U.S. authorities on the details of the architecture when building the complex, as the structural type had no previous examples. "Therefore, this work has somehow created a unique category of its own," he said. The entire complex is built on a 60,000 square meters and includes traditional Turkish baths for men and women, swimming pools, a multipurpose hall and an indoor sport complex. With its two minarets the mosque is built on 879 square meters and along with its courtyard is large enough for approximately 3,000 people to pray at the same time.