Ice cream is wrapped in memories 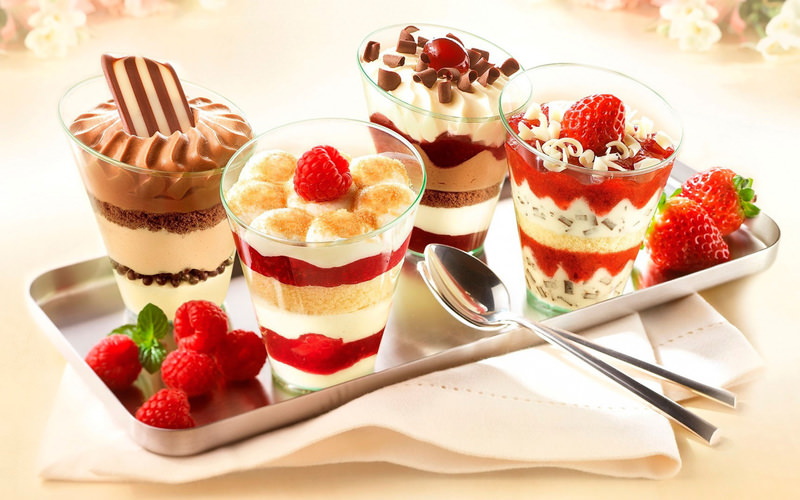 Although the world is going through hard times, the cliche that life goes on is appropriate this week. Dwelling on pleasant things does not mean we have ceased to care

As the weather turns warmer we shed off the thick layers that keep us warm. Kids walking home from school are no longer scurrying to avoid the falling rain, but strolling slowly, enjoying the first afterschool ice creams of the season.

When remembering the different places in which I have lived, ice cream, for some odd reason, is always there. Perhaps this is not so odd; ice cream is something that one enjoys with friends, often in beautiful sunny weather, the stuff of memories.

As a child I was very fortunate to live in a Midwestern university town. A ten-minute walk away was a shop that sold the result of research on milk products, cheese, milk and of course, ice cream. Children would go, visit the cows, watch them being milked, and then go buy an ice cream with their weekly allowance. This ice cream set the bar for us. It was fresh, made with whole eggs and cream.

Being a Midwestern town, there were of course diners where we could buy floats or milkshakes. Sitting at the counter sipping these with friends was all part of summer. As was sitting on hot sand, feet in the water, while we ate our ice cream.

Then there was ice cream in Britain. That is an entirely different phenomenon. The ice cream vans that would drive by, with their tinny music, encouraging children to run out and buy that 99 Flake. There is no joy in eating a 99 flake. This ice cream tastes of sugar, there is little flavor. The joy is not in the eating; the joy is in the event. Eating ice-cream in the British "summer" (when you still have to wear cardigans) is a completely different experience to sitting on hot American sand. The sand will be cold, and there is little chance that anyone wants to dip their feet in the water to cool off.

When in the Soviet Union the only ice cream we ever found was during the Great October Socialist Revolution, which naturally, was celebrated on 7 November (this was caused by the Bolsheviks changing from the Julian to the Gregorian after the revolution, thus causing the October revolution to be celebrated in November). As we straggled out of the dormitory early on the morning of November 7 to join the people pouring out of their houses to join the compulsory march to demonstrate joy in the establishment of the Soviet Union, we noticed people queuing up to buy something.

In the Soviet Union the basic rule of thumb was if you saw a queue, join it. Ask questions later; if they were selling something you did not want or need, you could slip away before you reached the head of the queue.

But when we got to the front of the queue, we realized that was being sold was ice cream in small brown paper cups. Enthusiastically we purchased the ice cream; the cold weather meant that the little wooden spoon given to us to eat it with could not penetrate the frozen surface. When we finally were able to get the frozen dessert into our mouths, it was rather disappointing to find out that this was not vanilla ice cream, but rather frozen sweetened milk. But we did not despair. After 3 months in the Soviet Union, this very humble dessert was a great treat. And during the rest of the ten months there, the "ice cream" was never to be seen again on the streets of the city we were staying in.

Memories of eating gelato with my children in Italy, the joy and amazement on their faces is only surpassed by the memories of the gelato eaten in Spain, where the scoops were twice the size of the cone. The colors and flavors went hand in hand, searing their places into our memories as we walked through the medieval towns near Barcelona.

Ice cream is iconic, but where did the idea of this frozen desert first come from? Apparently, ice cream (well a frozen mixture of rice and milk) was being eaten in China before the birth of Christ. It is thought that Marco Polo brought the idea of ice cream back to Europe (and thus, gelato....another thing to thank Marco Polo for).

The simplest form of a frozen dessert is to take a sweet syrup, for example maple syrup or pekmez, and mixing it with fresh fallen snow. The freshness and sweetness is the best possible form of "ice cream".

But actual ice cream is made with cream and eggs, and mixed for a long time, making it smooth and delicious. In Turkey dondurma, is not mixed, but rather beaten, making a sticky mixture. Dondurma is traditionally made with goat's milk and has a very different texture to the European ice cream. The stickiness of dondurma has led to the game that ice cream sellers like to play with children and tourists, where they tantalizingly place the ice cream in the cone, and then leave only the cone in the customers' hand. The stickiness of the dondurma allows them to remove it from the cone with their metal spatula before the customer even notices.

Although ice cream can be eaten all year long, it is something that makes us think of summer. Memories are stronger when colors, smells and tastes accompany it, and for this reason, many memories are associated with ice cream, being it in the summer or winter.

Now summer is approaching, there are many ice creams waiting to be eaten. Like last year, I will enjoy ice cream with friends from Turkey, from the UK, the USA and from Syria.

There are those commentators in other Turkish daily journals, in their English language papers, who criticize Turkish society for watching Survivor while soldiers are dying fighting terrorists in the south east. These commentators accuse both the government and the individual Turkish citizen of insensitivity towards what is going on.

Life does go on. On the news every night we can watch the funerals of the soldiers who have so tragically died in the fighting. Indeed, one of the commentators mentioned above is responding to what she saw on the news. She did not attend the funeral in person, rather witnessed on the evening news. But not everyone can take such grief, such sorrow 24/7. Human nature means that we have to have respite. I see this in my Syrian friends, who have come to this country after experiencing tragedies that we can only begin to imagine. They do not sit sorrowfully; they laugh, they eat, they talk. To use a cliche life goes on. And we need to start to prepare new memories. We need to start to look to the future. As we face uncertainty over what will happen to our Syrian friends, over how we can help them fit into the society here, over how to help the retrain and find employment; as we face uncertainty about what will happen in the southeast, how will peace be established, we need to pay attention to other aspects of life. We cannot spend every minute of every day involved in politics, in fear, in worry. There is one thing in Turkey that I think I can say is apolitical - that is ice cream. Of course, there will be those secular Turks who will state that dondurma is inferior to gelato, and those nationalist Turks who will state that gelato should not be sold in Turkey. Such types are inevitable. But there is a general acceptance that summer means ice cream and ice cream means holidays.

Here's hoping that there will be many ice creams and much joy this summer. If you ask me, I think that this season of ice cream will be one in which Turkey's direction becomes clear and one in which the Syrians start to find a new direction in this place that we want them to call home. At least, until they once again can call their own country home again...
RELATED TOPICS