Bedesten: The Ottoman precursor to the safety deposit box 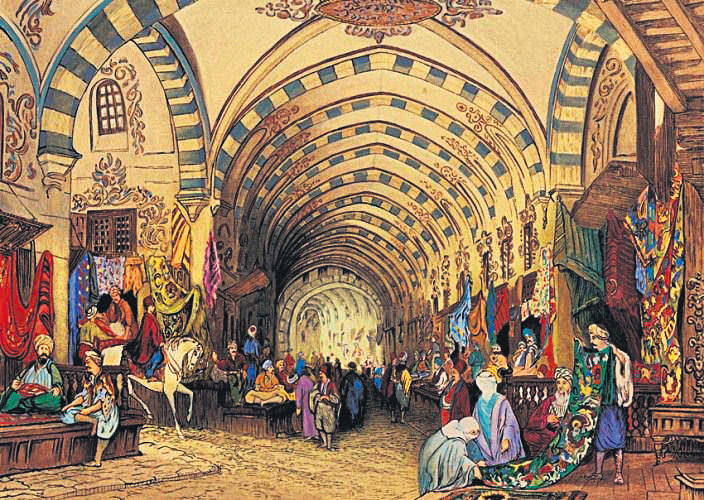 'Bedesten,' a covered bazaar with thick domes, used to operate as a trade center where precious textiles and jewels were sold and was an early form of banking where locals could store their luxury goods. In Istanbul there are three bedestens, two are in the Grand Bazaar and the other is located in Galata

If the Grand Bazaar in Istanbul is the forefather of modern day shopping malls, "bedesten," a covered bazaar for drapers in eastern cities, is the very first example of a safety deposit box such as those found in banks.

Bedesten is a loanword from the Persian "bazzazistan," which is derived from "bazzaz," which means "draper." The foundation certificate charter of the bedesten built on the order of Sultan Mehmed the Conqueror defines the building as "souk al-bazzazeen," meaning a drapers' bazaar. At that time, fabric was the most valuable object, but later on luxury goods also began to be traded at bedestens. 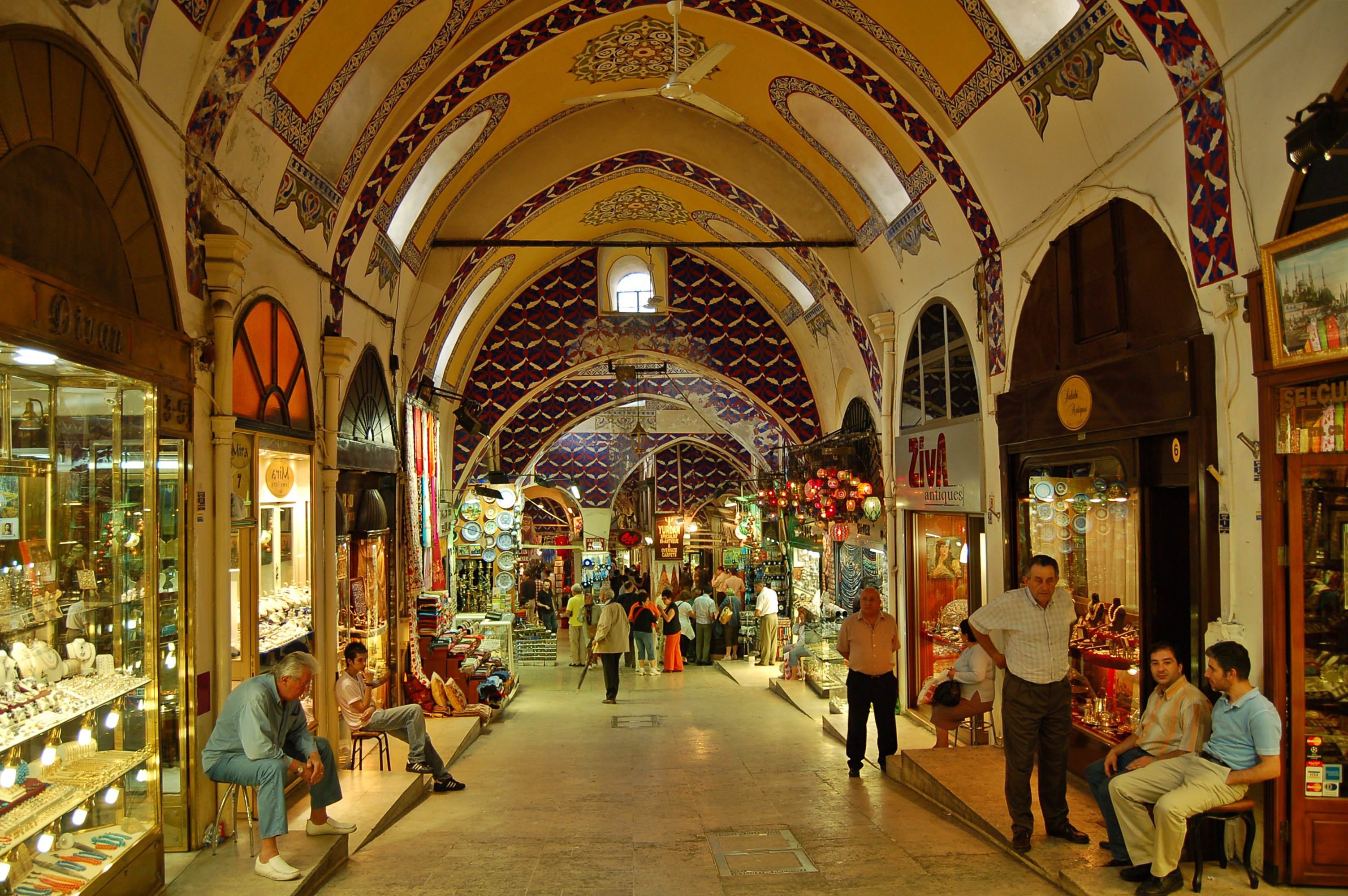 There are three bedestens in Istanbul, two of them are in the Grand Bazaar and the other is located in Galata district. The older of the two in the Grand Bazaar dates back to the reign of Mehmed the Conqueror and is aptly called the Old Bedesten as well as the Bedesten of Gems because valuable gems were auctioned there. As for its younger counterpart, New Bedesten is known as Sandal Bedesten, as cotton and silk blend cloths called "sandal" were sold there.

The shopkeepers who traded in bedestens were called "haja," meaning tradesman. In those days, becoming a haja was the highest position achievable for a tradesman. An old saying: "Be as afraid of the haji and hodja as you are afraid of the dark night," circulated among the public. In this saying, "haji" signifies the tax officer and "hodja" signifies the haja and the message is these two can make you lose money if you are blindsided.

Bedestens, which were stone buildings covered with thick domes, six-meter-thick walls and iron doors on four sides were safe places guarded by watchmen at night. That is why money as well as other valuable objects were kept in safes and stored in them. For further security, there were special underground chambers with a total of 28 vaults and chests under the shops to store valuable items. Each vault was shared by three shops located in the bedesten. During the reign of Sultan Mahmud II, a wooden prayer room was added to the bedesten in the Grand Bazaar.

Located in Perşembe Bazaar, the Galata Bedesten was much smaller than the bedestens in the Grand Bazaar. Other bedestens also existed in Ottoman cities where trade was vibrant. For instance, the Ankara Bedesten, also known as Mahmud Pasha Besdesten, was located in the Hanlar district on the slopes of the Ankara Castle near the Kurşunlu Inn.Bedestens had a regular and trustworthy staff of wardens. Twelve of them, called "bolukbashi," were assigned by the imperial state. Each bolukbashi vouched for the others and they were accompanied by two official officers. Every morning, bedestens were opened by an assigned bolukbashi with prayers and closed in the evenings with a ceremony as well. In these prayers, the safety of the sultan and the army as well as mercy for the souls of previous bolukbashis and shopkeepers were made. Moreover, a prayer "Salatan tunjina" was chanted for protection from trouble. Immediately after, the warden called out: "To all the Muslims! There shall be no customer-luring, selling something at a bargain price or dealing without a guarantor." After all these ceremonies, trade began. Luxury goods were only auctioned on Thursdays and the transactions were overseen by special brokers.

When the day turned to evening and everybody left the bedesten, three of its four gates were closed and the İnciciler Kapısı (Gate of Pearl Traders), which was the passage to the jewelry stores, was only kept half open to empty the entire bedesten. Before closing, a warden waited outside the gate and the luxury goods that were left for safety by the jewelers to pick up in the morning were placed in chests under huge closets. The bolukbashi and his assistant searched the entire bedesten with thick sticks and pistols and retreated to their posts after making sure that no one was left inside. Then the wardens kept watch with their finger on the trigger.

Bedestens were also the safety deposit boxes of the city. People and shopkeepers kept their valuable goods there in exchange for a small price. If the owner of these goods or money forgot them or passed away and no heir showed up, they were left to the treasury. Local people placed their sealed chests or safes in bedestens and received a receipt in exchange. When the owner showed up, he was escorted to his safe or chest by a bolukbashi. While the bolukbashi waited, the owner took what he wanted from his safe and sealed it again, showing the bolukbashi the seal. Guards were only held responsible for broken seals.

Twenty percent of the commission for the protection of the goods went to the chief guard called the "bekçibaşı" and the remaining 80 percent was equally divided among the other 11 bolukbashis.
Last Update: Apr 18, 2016 2:01 am
RELATED TOPICS