Ali and Nino: A peacemaking love story set in the Caucasus 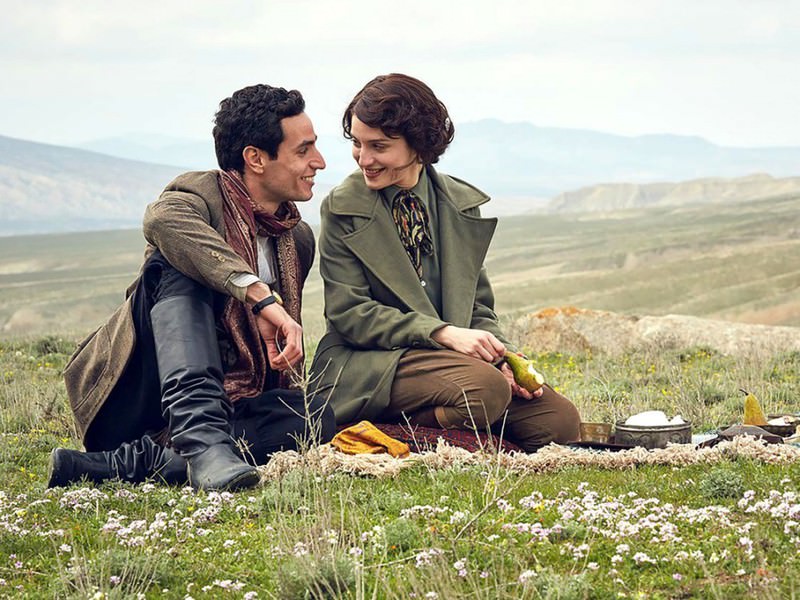 The novel 'Ali and Nino', written under the pseudonym 'Kurban Said', is a Caucasian masterpiece and shows an alternate possibility to the Nogorno-Karabakh conflict between Azerbaijan and Armenia, which has been inflamed this month

Written under the pseudonym Kurban Said, the novel "Ali and Nino" is one of the masterpieces of southern Caucasian literature and multicultural studies. Last year, a film of the novel was shown at the Sundance Film Festival, increasing the novel's popularity. Describing a love affair between a Muslim Azerbaijani boy and a Christian Georgian girl, the book was first published in 1937 in Germany.

Jonia Framan, a German painter, discovered the forgotten book in a bookshop and published it in German in 1937. Since then, the book has been translated from German into 33 languages and published over 100 times. Although discussions continue as to who the story's real author is, the book remained without an owner for a long time. Yusuf Vezir Çemenzeminli, a prominent Azerbaijani writer, is the most probable author.

Some also believe that Lev Nussembaum, who wrote under the pseudonym "Essad Bey," is the book's author. Based on certain sources, his father Abraham Nussembaum was a Ukrainian Jew who sold his oil well to the Nobel Oil Company. On the other side, Çemenzeminli's style of writing in his other works and descriptions in his short stories published in newspapers resemble those in "Ali and Nino." Ceyhun Hacıbeyli, a friend of Çemenzeminli, thought that Çemenzeminli translated the book into German with the help of a translator. Interestingly enough, the book's hero, Ali Han Shirvanshir, has characteristics in common with Chemenzeminli.

Çemenzeminli's diplomatic mission came to an end when the Soviet army occupied Azerbaijan in 1920, and he left for Paris due to his anti-Russian political views. He published most of his books under this pseudonym to avoid arrest. He returned to Baku in 1926, but eventually fell victim to Stalin's purges and died in a gulag in Gorky Oblast in 1943. He destroyed many of his manuscripts by necessity during the turbulent 1930s and rumor has it that one of these manuscripts was "Ali and Nino," a literary love story like "Romeo and Juliet" and "Layla and Majnun." Azerbaijanis embraced the novel as one of the greatest national novels.

Breaking history and a love story 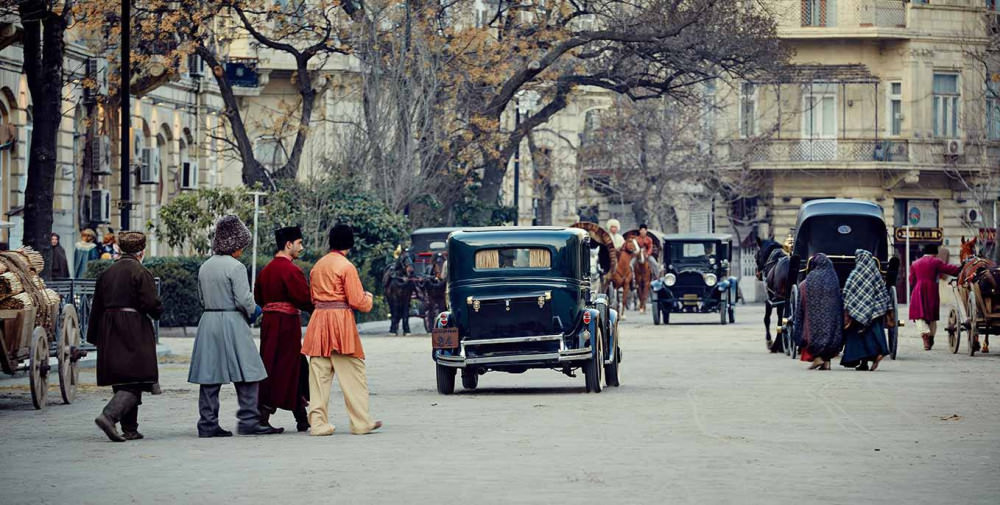 In Baku in 1803, Kasımbey Mensurbeyov drilled oil for the first time. Afterword, everything changed for the Caucasus and the rest of the world. These oil wells were seen like a cover against a Russia invasion for a while. At that time Baku's upper class, including Muslim oil barons, Jewish merchants and rich Christian families, were on the rise. Foreign capital flowed into Baku and increased by the end of the 19th and beginning of the 20th century when the Nobel Oil Company entered the region. In other words, Westernization sped up cultural changes in religious communities. Until the collapse of the Soviet Union, the people of the Caucasus lived more or less in peace. The story of Ali and Nino takes place in the pre-Soviet period, a breaking point for the history of Azerbaijan that is also meaningful for Georgians, Armenians and other Caucasians. The book encourages us to rethink the peace in the Caucasus today, as a difficult love in one of the hardest periods of the Caucasus.

Ali Han Shirvanshir, one of the book's protagonists, comes from a noble family that served the Persian shahs. His family sacrifices their life for the city of Gence (Ganja) during the Russian war. Prior to Baku, Gence had been the capital of the Democratic Republic of Azerbaijan. Nino Kipiani, Ali's love, is a Georgian princess who grew up in Russia and received a Western education. The marriage between Ali and Nino is not as difficult as they imagine at first. Ali Han's friend Nakhararyan, who was once his close friend, later becomes his mortal enemy and intervenes in this marriage. Nakhararyan draws the prince's attention to the growing Russian threat to the political and economic power of the Shirvanshir family in Iran. Ali defended Nakararyan against his friend. Despites all efforts, Nakhararyan eloped with Nino and cheated Ali.

Being treacherously betrayed, Ali catches Nakhararyan and kills him. He goes to an Aghul village to cure his broken heart and escape from Nakhararyan's family. One day Nino comes. Although she says that she ran away on her own, as she thought that getting married to Nakhararyan seemed reasonable at first, she later realized that it was a mistake. Ali decides to marry her after she recounts the truth.

Everything is changed when they return to Baku. The tsar's army has regained Baku, and after a heroic fight, Ali, his father and Nino go to Iran where Ali's uncle has a prestigious position beside the shah. Nino cannot adjust to Persian culture. When Baku becomes safer, they return. Ali adopts a Western lifestyle at home to make Nino happy, and his new life brings Ali an important job for his country's future. Fethali Han Hoyski, the Azerbaijan Democratic Republic's first prime minister, appoints Ali as the attaché of the Western European Office of the Ministry of Foreign Affairs. Hosting high-ranking British soldiers in their home, the couple does its duty for the independence of Azerbaijan. After being denied the most prestigious position in the Ministry of Foreign Affairs in Paris, he finds himself in the middle of the war again when the Soviet army invades Azerbaijan. Ali dies after being shot while fighting the Soviet army.

The novel takes readers into an impressive world of various cultures, social statutes, social rules and cultural codes. The love between Nino and Ali is more profound than romantic. After becoming a petrol city, Baku is transformed into a melting pot for all southern Caucasian people. As Soviet culture overrides Caucasian culture, every ethnic identity begins to hone its own national borders. At this point, a question emerges as to whether or not the fraternity of people is possible after the Russian Empire invades the Caucasus. Ali thinks that Baku will inevitably assume Western culture and identity. He sees that Nino belongs to Western culture and that their newborn Tamara will as well. He fears that his identity and culture will change.

The Caucasus: The Eastern Front of Europe

The Georgian Orthodox Church, which adopted Christianity in the first century, is long established. The far eastern front of Europe does not pass thorough the Balkans, as some political scientists claim, but through Georgia, according to Nino. But Ali fears that this border will reach Azerbaijan. Defining himself as the child of Sahara, he sees the West as far from his life. While forest trees have many faces, Sahara has just one. The forest symbolizes Georgians and Armenians, and Sahara represents Azeris and Persians. But the fire of Sahara burns with the forest. Nino and her family interpret the East through the eyes of the West, especially of Orientalists that try to transform the East by distorting its reality into a mess of problems that the East has never seen. Despite growing up in a cultural sphere in which Sunni Islam was excluded, Ali questions Shiite politics. He doesn't want to participate in the war between Russia and Germany. He persuades his father with his decision because neither side is Muslim. Ali regards Sunni Turks as brothers by blood and belief that fractured with the hostile attitude that became traditional in the Shiite world. Ali is the only character who dares to think Turks and Azeris governed in a unique Muslim country to be logical. Ali envied to get rid of Russian sword and wants Enver Pasha to enter Baku, which most did not think of.
RELATED TOPICS