Where are the best places to go birdwatching in Turkey? 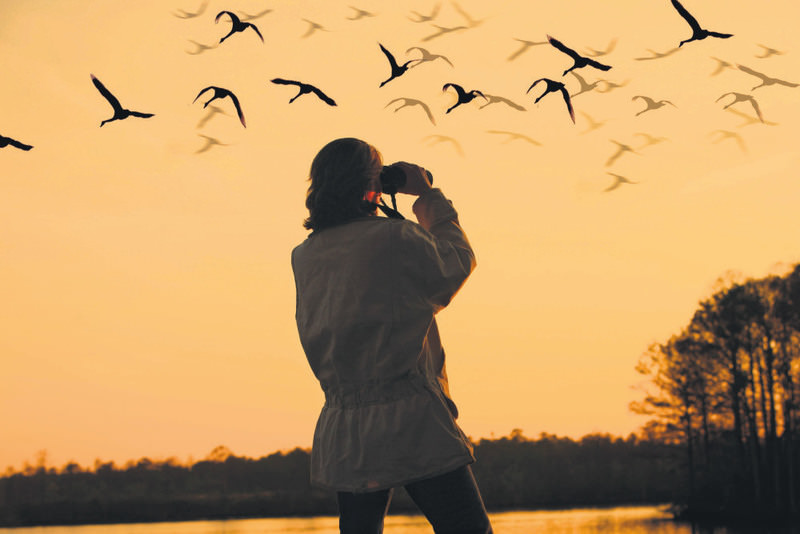 Many bird species fly over the Bosporus in April and May, which is a delight for bird watchers and professional photographers. Istanbul is not the only place for birdwatching, as certain lakes and national parks also have dozens of breeding birds including species at risk of extinction like Dalmatian pelicans

Turkey is blessed with a distinctive, diverse habitat that supports a wide array of wildlife, including forests, steppes and wetlands. Located along a major bird migration route between Europe and Africa, the widespread availability of marshlands makes Turkey a prime spot for birdwatching. Many species can be observed flying over the Bosporus Strait, such as eagles, hawks, falcons, buzzards, ibises and both white and black storks. The season for birdwatching extends from April through to November, with the best time to see indigenous and reproducing species being between April and June. Over 460 species, including 330 breeding birds, can be seen around the country. Certain species at risk of extinction, such as the marbled teal, Dalmatian pelican, greater spotted eagle and sociable plover can also be seen. Although birdwatching is not as popular in Turkey as it is in European countries, tourists interested in birds flock to Istanbul and Turkey from all over the world. To closely watch birds make their way back to warmer climes, there are some places you should certainly visit.

Every year, especially from March to May, groups of people bring their binoculars and head to the Feneryolu neighborhood in Istanbul's Sarıyer district to observe migratory birds coming from different countries. Professional photographers also set up there to capture just the right shot of a variety of bird species. Last November, a new observatory tower was erected by the Sarıyer Municipality and Regional Forestry Directorate. The 30-meter-high wooden tower allows birdwatchers an ideal perch from which to spot as many species as they can while photographers take pictures of as many beautiful specimens as they can find. BirdWatch Turkey also recommends Istanbul's Black Sea shores to look for divers, waterfowl, gulls and terns. Lake Terkos, Belgrade Forest and Lake Büyükçekmece are three other options for birdwatching around Istanbul. In spring, large flocks migrating from Africa to Europe fly through the city. Observers may come across ospreys, greater spotted eagles, eastern imperial eagles, storks, short-toed snake eagles, black kites, sparrow hawks, black storks, buteos, Eurasian hobbies and stock doves. Most of these birds fly over land to save energy, taking advantage of warm air currents.

As Turkey's first bird shelter with a Class A certification from the European Council, famously called "Bird Paradise," Lake Manyas, lying in Balıkesir's Bandırma district is home to between 2 and 3 million birds each year. For birdwatching, the best time to visit is from March to July and September to October. The Manyas National Park hosts various species from the Dalmatian pelican to heron and also fish species such as carp and catfish. One of the four biggest lakes of the Marmara region, the park invites visitors each season of the year. Hiking trails are connected to observatory towers and the park has a museum featuring the region's bird species with detailed descriptions. The area is known to house more than 250 bird species along with 118 plant and around 20 fish species. Also, every year, an international festival is organized to raise awareness about protecting the national park. The International Bandırma Bird Paradise is held on the first week of June with a five-day program covering concerts and cultural events. Recently, however, environmentalists are warning about pollution in the lake, mostly due to waste from factories, and the need to take measures to protect it.

Lake Bafa in the Aegean region 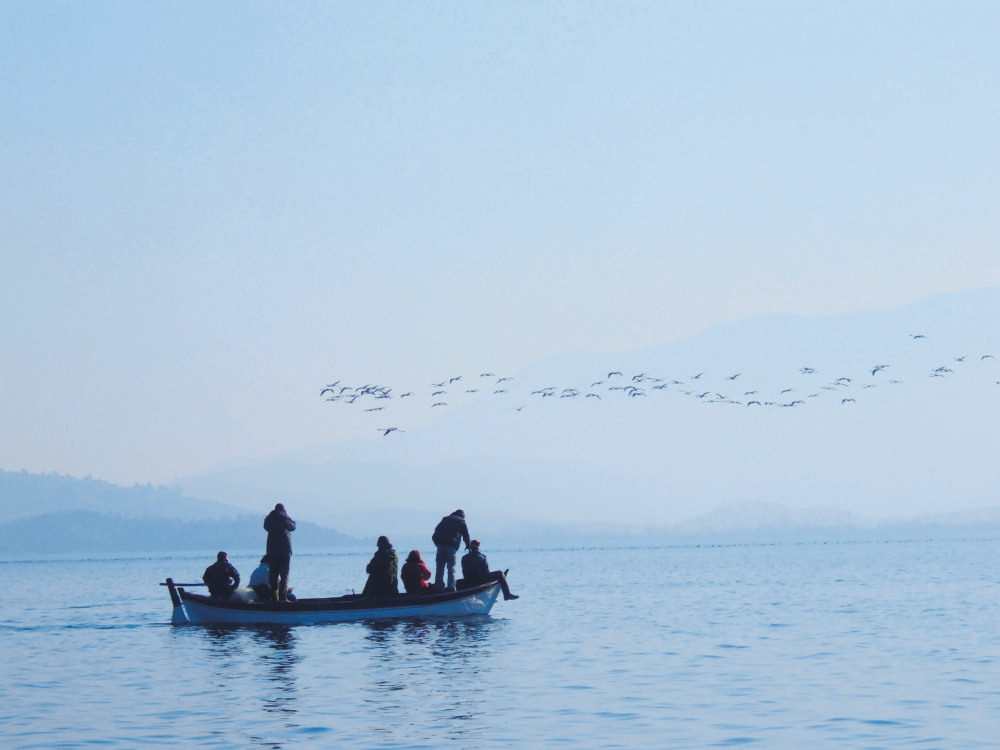 The largest lake in Turkey's Aegean region, Lake Bafa is another birdwatching spot that draws ornithologists from around the world, mostly in spring. Lying between the cities of Muğla and Aydın with 50 kilometers of shoreline and encircled by the Beşparmak (Five Fingers) Mountains, the lake is a great place to spot flamingos, cormorants and pelicans. Small islets inside the lake serve as bird breeding grounds and the area's rich flora and fauna make birdwatching more impressive. Lake Bafa houses more than 200 bird species, among which are the spoonbill, little grebe, great crested grebe, pygmy cormorant, Dalmatian pelican, spur lapwing, and water birds such as the flamingo and meke clumsy. 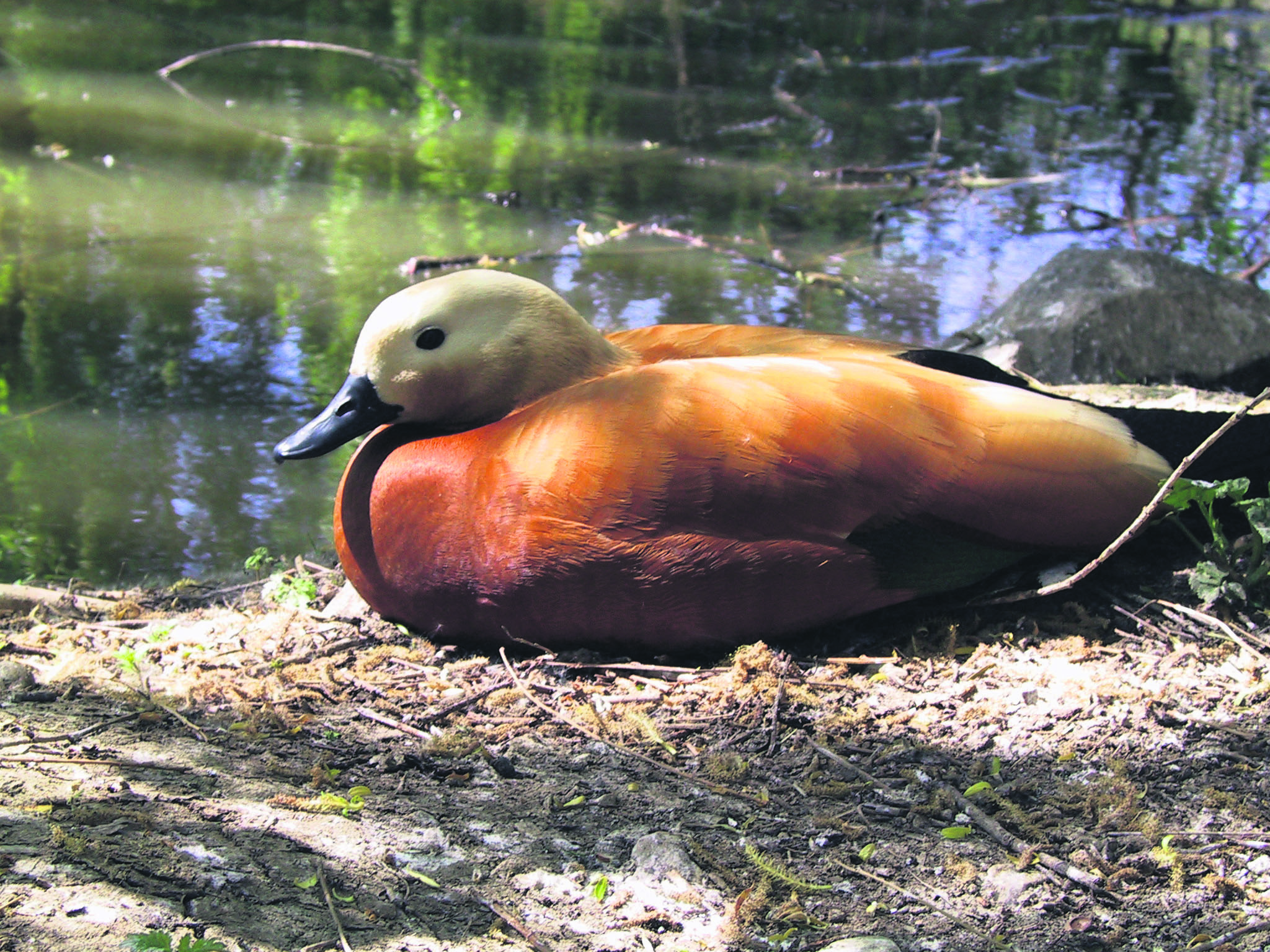 One of the most valuable wetlands in northeastern Turkey, Lake Kuyucuk, within the borders of Kars, is a breeding site for many bird species including those which are threatened with extinction. Again, the area is the habitat to more than 200 bird species and new species pop up each year during observations. The lake is an important spot, as it is located along the African-Eurasian migration route. The area is also protected under the Ramsar Convention, an international treaty for wetland conservation. An islet on the lake provides a breeding place for bird species and protects them from predators. Since 2011, a two-day bird watching festival is held in mid-June.