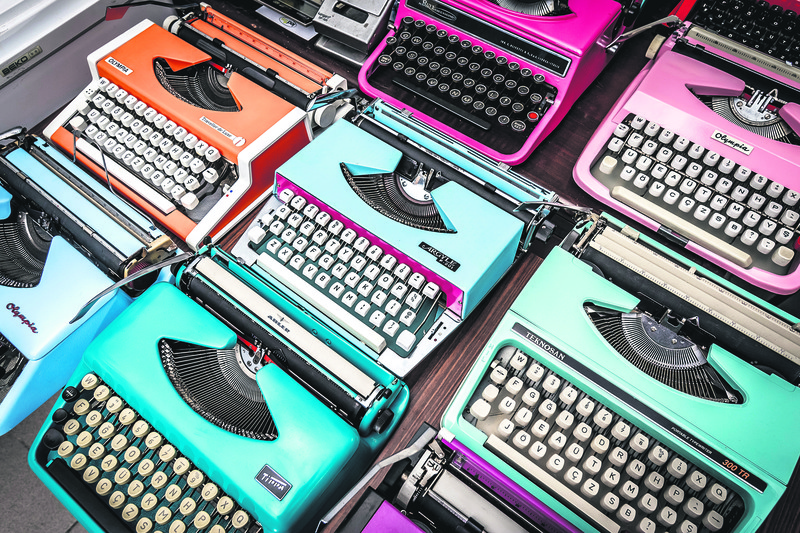 Typewriters possess a retro-glamour unmatched by anything else from their era. For some, the emotions evoked by typewriters can be about the yearning for a simpler time, a younger self, lost integrity or the simple feeling of nostalgia that derives from the rapidity of change and displacement. For others, a typewriter is merely a charming prop that adds to an old-fashioned atmosphere. For Haluk Samim Erçelik, a typewriter enthusiast who has worked with typewriters for over 40 years, the typewriter is a magical instrument drenched in history. Within his repair shop located in the Beyoğlu district, Erçelik continues his profession as a typewriter repair specialist with a passion for the nostalgic art of typing. 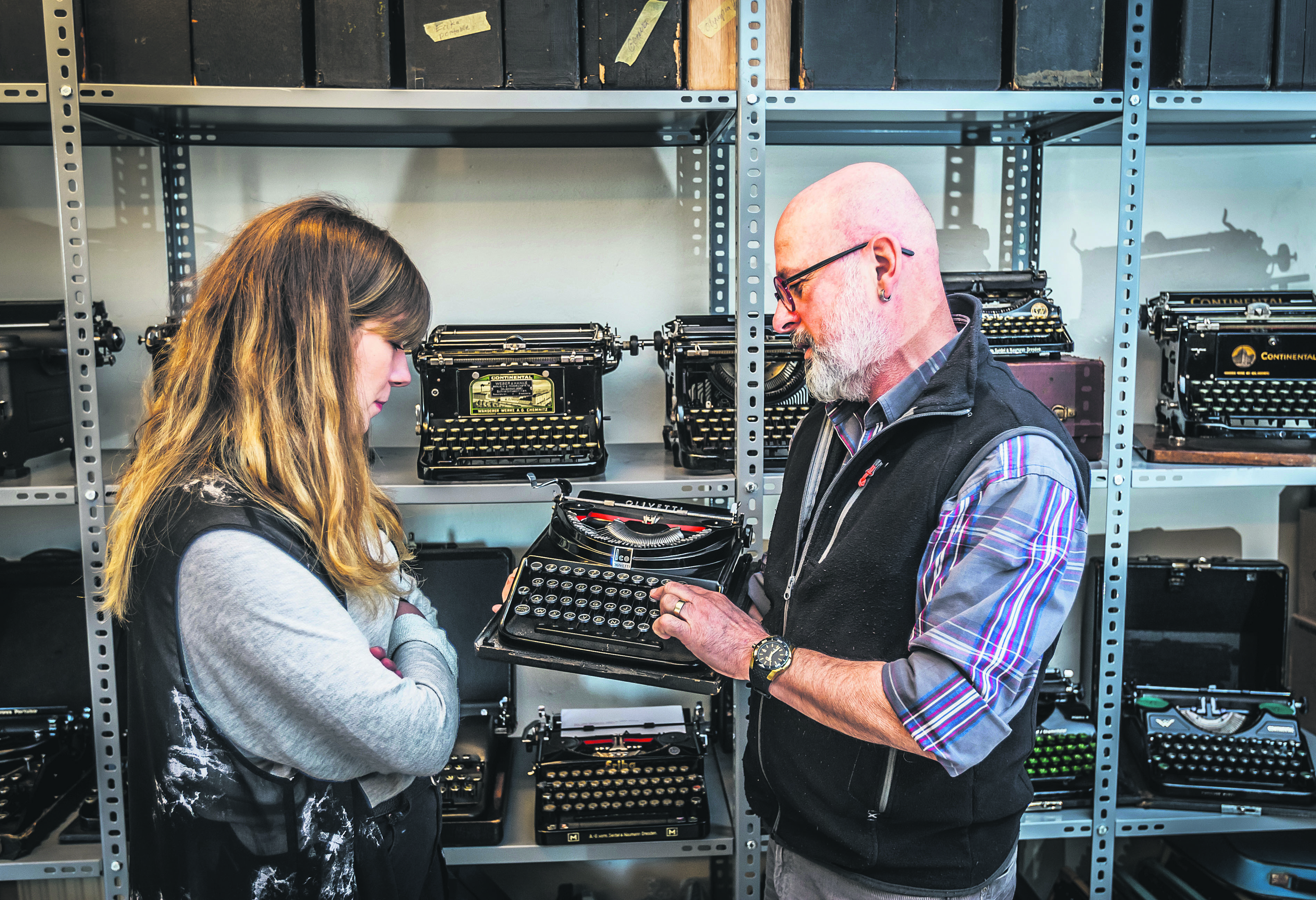 We had the chance to interview Erçelik to learn about his profession, the arrival of typewriters in Turkey, and about his bitter-sweet emotions toward the end of the typewriting era.

Daily Sabah: How did you start your career? What was it about the typewriter that first grabbed your attention? Can you tell us about your story?

Haluk Samim Erçelik: My interest in typewriters started when I was very little. I used to go to the land registry office in Eyüp Sultan with my now-deceased father, where he was a land registry officer. On his desk, he had a big Optima typewriter and I would try to type with it. It was a device that really grabbed my attention because of its mechanical structure. After I came back from my military service, I coincidentally started working at a repair shop that repaired typewriters and calculators. My interest in typewriters started to grow and I slowly started to become absorbed in all of its aspects.

DS: Can you tell us about the arrival of typewriters in Turkey? When did it begin to be widely used and how did it lose its practicality?

HSE: If I recall correctly, someone in Italy produced a typewriter called Pellegrini in the early 19th century. However, mass production of typewriters started in America with a brand called Remington at the end of the 19th century. Rumor has it that after the launch of the Remington, the Ottoman Empire ordered 300 typewriters, which were later sent back to prevent any articles being written against the Sultan. Typewriters came into Turkey after the proclamation of the Republic in the 1930s. As I remember, the typewriter began its downfall towards the end of the 1990s and the beginning of the 2000s. The last mechanical typewriter factory to shut down was in Pakistan, a brand called Indus. However, the production of the electronic typewriter, called Brother, continued until around 2005 and eventually stopped production.

DS: In the past, it was a merit to use a typewriter but now it has lost this feature. What are the typewriters that come to your shop to be repaired used for? Are they still used as a way of typing texts, or do they serve more as decoration?

DS: How do you maintain and repair a typewriter? Do you have trouble finding spare parts for this instrument that has now lost its practicality?

Typewriters consist of many metal parts like gears, springs, wires, beads, rubber and plastic accents. A typewriter can be thought of as a very delicate scale. When you push a letter, all these parts go into motion and print the letter on the page. When I receive a typewriter for maintenance and repair, I first clean the dust and dirt off the machine. I then wash the typewriter with anti-corrosive liquids and leave it to drain for one day. The next day, I wipe the individual parts and adjust the settings and put on a new strip. The spare parts are hard to find, but there are loads of old typewriters in thrift shops and bazaars which I can use for spare parts. In rare situations, we can have a spare part specially made for a typewriter.

DS: You said: "The typewriter is a device that creates a bond between itself and its user." What is the bond between you and your typewriter? What does it mean to you, and what kind of emotions does it arouse?

Yes, I believe that the typewriter creates an emotional bond with a user. In a way, it becomes a friend of a user. They preserve it, get repairs done and change the color strips when needed. The special thing about typewriters is that only you can know what you have typed. The typewriter becomes ones' confidant. I believe that with the end of typewriters, the emotional bond between people and these devices has ended, and this makes me sad. When I hold a typewriter in my hands, I experience wonderful emotions. I feel very close to it and I feel as if it is my mission to preserve, maintain, fix and cherish these remarkable devices. I feel that they need me in this sense, and I almost feel as if they are my children. That's how much I love them. They don't create a hassle for me, I'm able to fix even the most complex machines.

DS: With technology developing rapidly, it's hard to continue with the obsolete. In this context, do you have a typewriter you still use and cannot give up on?

I don't bring my typewriters home, because I'm with them every day and I don't like to differentiate between them. I chose almost a different one every day and bring it to my desk and type with it. I want them to be always in my sight, and I believe they are happy here in my shop. When someone comes and purchases a typewriter, I feel a kind of bitter-sweet happiness. However, the fact that their new owner is going to cherish it and care for it makes me happy. I give information to their new owners on how to preserve and use their typewriters so that they last without damage, and continue giving them joy, just as they do for me.
RELATED TOPICS