The Abdullah Brothers: Pioneers of photography in the late Ottoman period 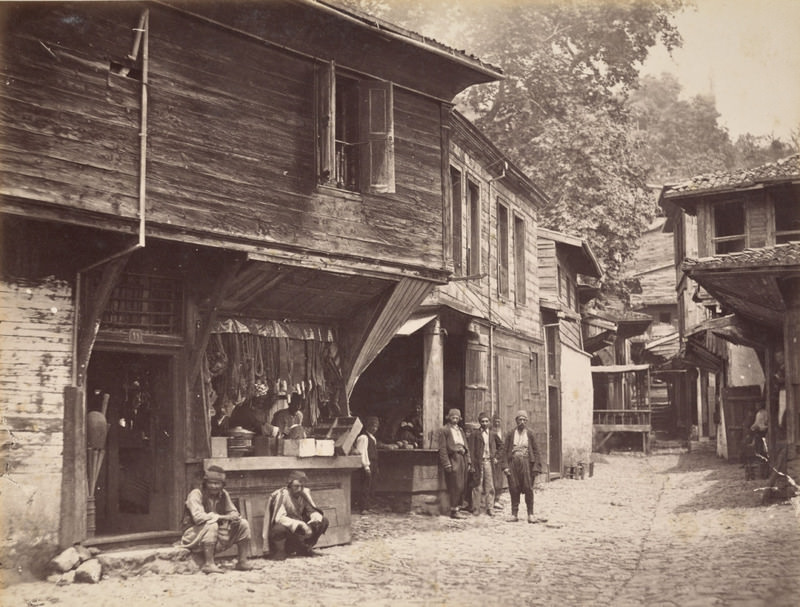 The Abdullah Brothers, three Ottoman Armenian brothers named Vichen, Hovsep and Kevork Abdullahyan ran a profitable studio in Istanbul as well as other locations like Cairo. In the 19th century, the brothers were named the royal photographers to the imperial family and took numerous photographs of the period's prestigious figures such as the Prince of Wales and Mark Twain

Photography was introduced to the Ottoman Empire in 1842, right after it was invented, and the first photographers in Istanbul began to work in Beyoğlu. Compa, an apprentice of Louis Daguerre, the inventor of the daguerreotype process of photography, opened the first photography studio in Istanbul, followed by Italian Carlo Naya in 1845, Greek Basil Kargopulo in 1850, the Armenian Abdullah Brothers in 1858, Pascal Sbeah in 1857, Tancrede Dumas in 1866, Nikola Andreomenos, Armenian Gülmez Brothers and Swede Berggren in 1870, Policarpe Joaillier in 1885 and Bogos Tarkulyan in 1890.

As you can see, Armenians and Greeks were the pioneers of photography as they were in many other fields of art. After a while, Levantines - Europeans living in the Ottoman Empire - got their hands on the business of photography. Ottoman photographers used high quality materials and the photographs they took endured for years without fading. They were among the highest earning artisans at the time.

The Abdullah Brothers were the most famous of them. Their studio was located in the former Russian Palace, also known as the Narmanlı Inn, on Cadde-i Kebir in Beyoğlu, and almost all notable individuals of the time had their photographs taken by them. The Abdullah Brothers signed their photographs with their name in Ottoman Arabic script as well as in Latin lettering as "Abdullah Freres." Their quality still amazes people. The Abdullah Brothers were the descendants of Aleksan, an Armenian from Kayseri who settled in Istanbul's Samatya district in 1610. Their grandfather Asadur Hürmüzyan was the steward of Sultan Abdülmecid. He was known as a humble and clever man and took the name of Abdullah after converting to Islam since his name "Asador" has a similar meaning to Abdullah (servant of God). When his son Abraham Abdullahyan passed away in 1875, he left three craftsman sons, Vichen, Hovsep and Kevork.

German Marshal Helmuth Karl Bernhard von Moltke ordered Rabach, a chemist whom he brought along with him, to establish a photography studio in Istanbul's Beyazıd district in 1854 during the Crimean War. One of the three brothers, Vichen, worked in this workshop as the master retoucher. His bother Kevork studied art at the Murad Raphaelian Armenian Academy in Venice. In 1858, the three brothers took over the studio, but sold it to Nikola Andreomenos in 1867 and opened their famous photography studio known as the Abdullah Freres in Beyoğlu, across from the present-day Hachette Bookstore. The photographs they took were known for their endurance. 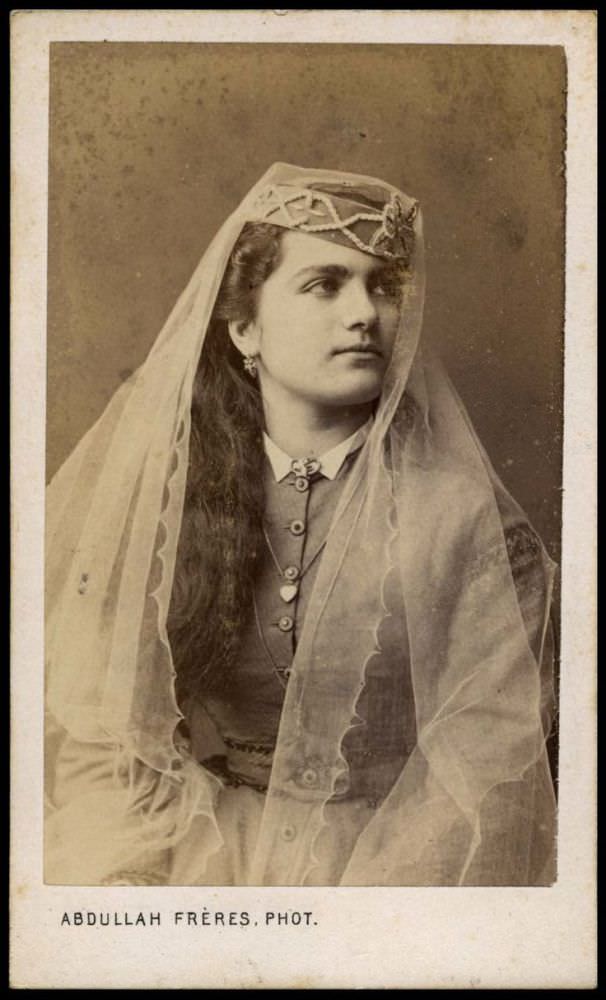 Foreign guests, kings, princes, wealthy people and craftsmen had their photographs taken by the Abdullah Brothers. French Empress Eugenie, Khedive of Egypt Ismail Pasha, King Vittorio Emanuele of Italy, Emperor Franz Joseph I of Austria, King Edward VII of the United Kingdom, King Naser al-Din Shah Qajar of Persia, King Milan of Serbia and Prince Ferdinand of Bulgaria were among the well-known figures photographed by the Abdullah Brothers. The brothers received eight orders and three medals along with numerous congratulations and appreciation from foreign rulers.

The Abdullah Brothers also photographed the historical structures and beautiful landscapes of Istanbul and its surroundings to pass down to future generations. They made albums of examples of local costumes and sent the albums to the 1867 Paris Art Exhibition. The albums named "Scenes of Istanbul" and "Historical Turkish Weapons" became popular. The Times daily spoke highly of their work as well. Edward, the future British king, as prince of Wales, invited them to the palace where he was staying after visiting their studio and asked them to take photographs of him and his family. Grand Duke Nikolas Konstantinovich of Russia, who visited Istanbul around the same time, did not leave the empire before having his picture taken by the Abdullah Brothers. Years later, when he visited Istanbul as the victor of the Russo-Ottoman War of 1877, he had the Abdullah Brothers photograph his 107 officers. After the session, the Abdullahyan's gave a banquet for the grand duke and his generals at one of their mansions in Beyoğlu. Greek photographer Kargopulo, a professional rival of the Abdullah Brothers, informed the sultan of their recent actions. Sultan Abdülhamid resented the action of the Abdullah Brothers and wanted his signature, which was hanging on the wall of their studio, to be returned. After Grand Vizier Ahmed Vefik Pasha put in a good word on the brothers' behalf, the sultan granted them a pardon in 1890. Moreover, he had the chance of presenting and promoting the empire through the photographs taken by them.

Upon an invitation by Khedive Tevfik Pasha of Egypt, Kevork and Hovsep went to Cairo in 1886 and opened a new branch. Vichen died in 1902 and after nine years, when Kevork returned to Istanbul, he learned that the business was not going well and that his brothers had sold their shares to Foto Sabah in 1899. Kevork lived in poverty and died in misery in 1918, at the age of 79. Vichen, who converted to Islam in 1899 and took the name of Abdullah Şükrü, died in 1908. His grave is in Istanbul's Maçka neighborhood, but its exact location has been lost.
RELATED TOPICS