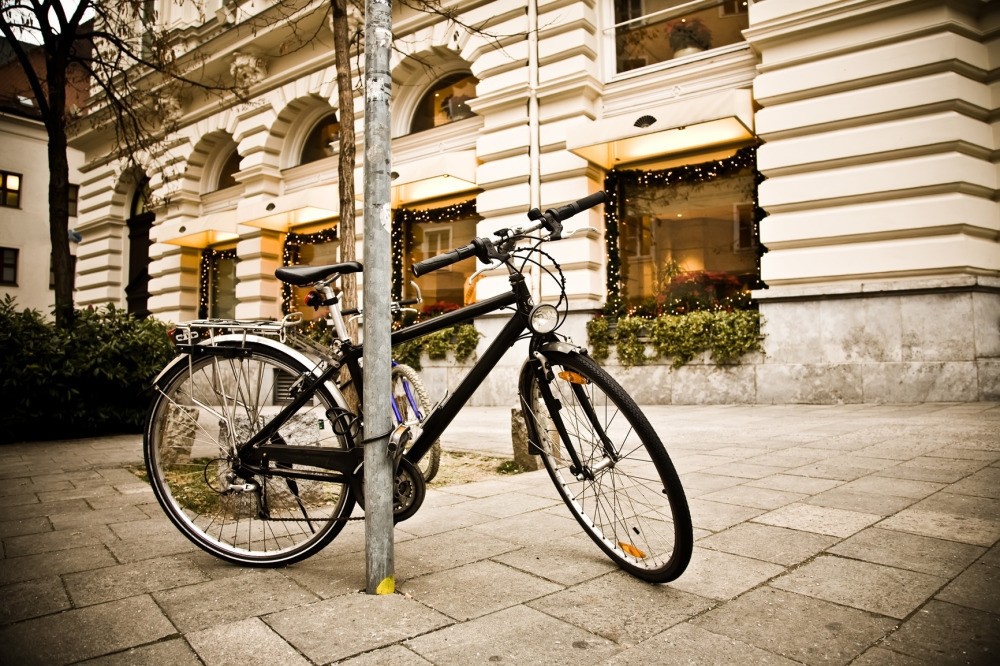 Touring a city on two wheels is a delightful experience, even in a busy city like Istanbul. If you like riding a bike and want to know about both safe and adventurous routes, Istanbul will make your weekend more joyful

It is to no one's surprise that Istanbul greatly suffers from a traffic-choked atmosphere. Sometimes the city experiences some of the world's worst traffic jams, often because of careless drivers. Nonetheless, the city is still a bike-friendly one with myriad cycling routes both on the European and Asian sides. The increasing number of biking tours is offering an alternative way to enjoy the city on a budget while recharging the batteries.

Cyclists can ride through Kadıköy and along the Marmara coast on the Asian side in the city's least spoiled and frantic area, passing small marinas, shopping streets and parks filled with picnickers. The European side promises a more "historical" tour as cyclists come up to a number of well-known landmarks while cycling comfortably in bikes.

The esplanade along Ortaköy into the Bebek neighborhood is bursting at the seams in the summer months as residents on the city's European side occupy the area for cycling, running and walking. The area is a popular cycling route in Istanbul and it is quite possible that you see some Turkish celebrities on your way. If you prefer the chilly weather and less people in the early hours, morning cycling along the Bebek coast is our recommendation. For a small break, Bebek Park is ideal to have a cold drink with your friends. The area also has lots of breakfast spots that get crowded during weekends.

Indeed, there are limited cycling options on the European side, but the next well-known route extends 26 kilometers from Beşiktaş to Sarıyer. It is sometimes hard to follow the route but it always goes along the coast, giving you the opportunity to soak up the sea in warm weather.

The third option is for the less adventurous bikers as smaller places like parks or groves might satisfy their cycling craving. The Emirgan and Yıldız Grove on the European side are suitable for short biking tours in the morning. The tour allows cyclists to stop whenever they like due to the abundance of green spaces.

To combine history and sports, the Balat neighborhood near the Unkapanı area is worth a try. Cycle along the Balat streets adorned with old and colorful houses and then take a break at the fancy Balaturca cafe.

The city's Asian side has more cycling route options compared to the European side, which is also much hectic and occupied with business districts. The cycling route from Kadıköy to Fenerbahçe, which is around 5 kilometers, is arguably the most convenient one. 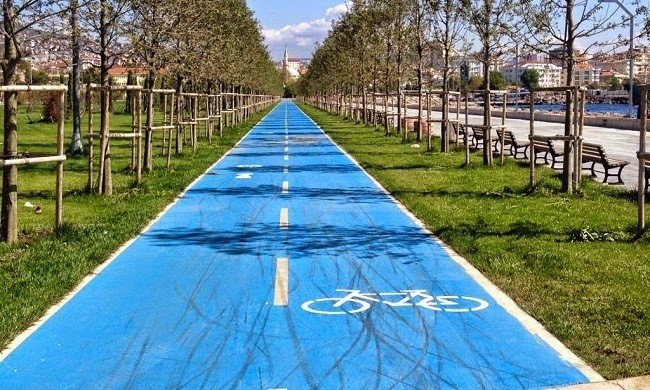 Along the route, taking breaks are easy and having a picnic in Bostancı is optional. Either weekdays or at weekends, a well-designed independent cycling route takes cyclists out of the traffic.

The next cycling option on the Asian side is in Caddebostan, another fancy area on the Asian side. The route extends from Caddebostan to the Kartal district, so a good chance for those who prefer the long cycling experience. Beware that picnickers invade the area on sunny days so it may not be easy to go at a fast pace. If you are in a good shape, then head to the route's final point, somewhere near the Aydos Hill, perfect for enjoying the sunset.

As a final alternative, put your bicycle in the car and head to Anadolukavağı in Beykoz. Even driving to Beykoz is a scenic trip. When you arrive somewhere near the Yoros Castle, a Byzantine ruined castle, take your bike and cycle toward the Anadolu Feneri, a historic lighthouse still in use. The route's final destination is Riva, a village between Anadolu Feneri and the Şile district.

A small town on the Asian side, Polonezköy, also called Adampol, established by Prince Czartorisky in 1848, has a 5-kilometer cycling route that hosts mountain biking competitions by the Turkish Cycling Federation each year. Professional cyclists recommend another route starting from Karanlıkdere to Polonezköy, which is about 10 kilometers. Cyclists cycle along a deep forest, which does not seem easy even at first sight. Polonezköy lies within a vast green area, which was designated as Istanbul's first national park. After a tiring biking tour at the weekend, the Polonezköy Nature Park offers barbecue options and picnic menus for families. Using the time wisely is crucial while driving to Polonezköy and setting off early in the morning is recommended. 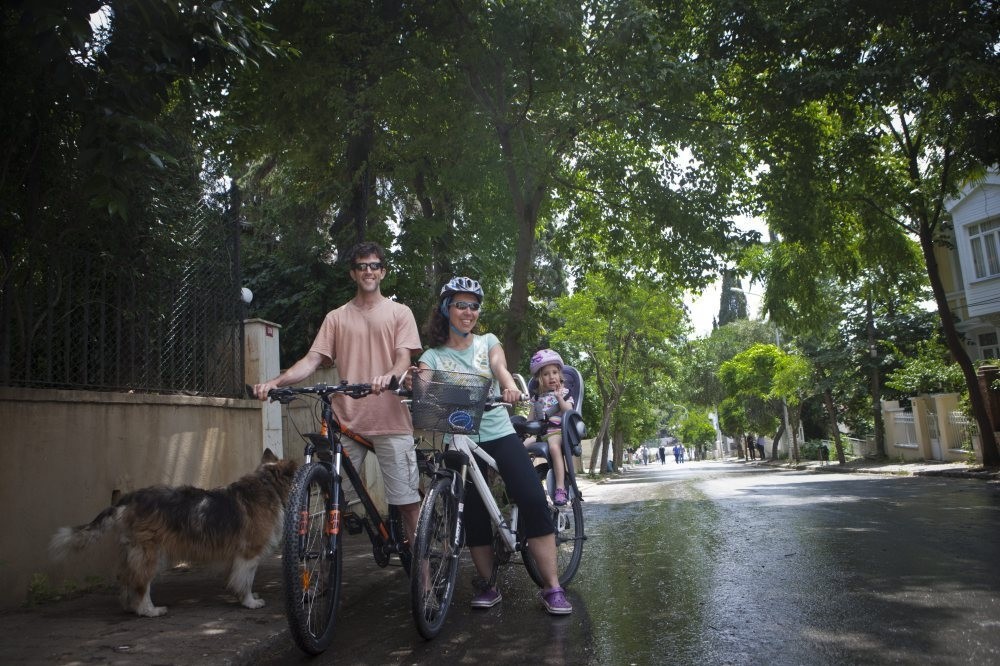 Only one and half hour from Istanbul by ferry, the Princes' Islands in the Marmara Sea are a summertime getaway for Istanbulites and tourists traveling to the city. Cycling on this group of islands is peaceful as cyclists are surrounded by nature and a panoramic view. Among the four main islands - "Büyükada" (Big Island), "Heybeliada" (Saddlebag Island), "Kınalıada" (Henna Island) and "Burgazada" (Fortress Island), Büyükada is where tourists can easily rent a bike and tour around, following a quiet road with a row of evenly spaced trees and fancy houses. The road circles around the town and heads up the main island hill towards a historic church at the top. It is possible to stop along the way to take photos or sit on benches facing the glimmering sea. You can cycle up to 20 kilometers there.
RELATED TOPICS