The Karamanlides: A Turkish-speaking Greek Orthodox community in Anatolia 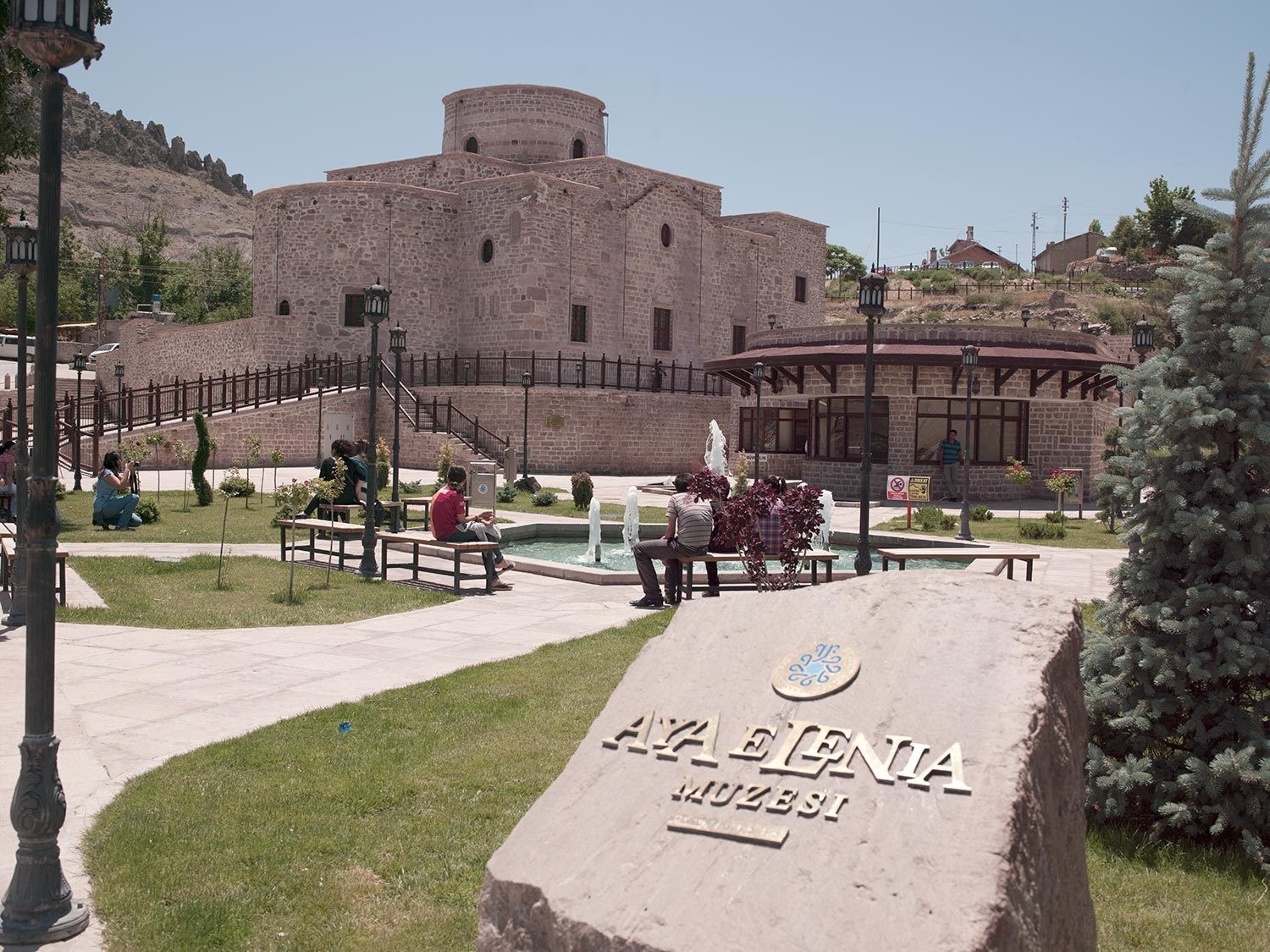 Prior to the population exchange between Turkey and Greece, Anatolia was home to a large Greek Orthodox community called the Karamanlides, who spoke Turkish but used the Greek alphabet to write it. Today, there are very few Karamanlides left in Anatolia

Romans gained dominion over Anatolia in the second century. After Roman Emperor Constantine the Great turned a small Greek city called Byzantium into Constantinople, known today as Istanbul in the 4th century. The city then became the capital of the empire as well as Christianity. A large portion of the Byzantium population was Christian. Eastern and southern Anatolia came under Muslim Seljuk rule in the 11th century. Then Constantinople was sacked in the fourth crusade. 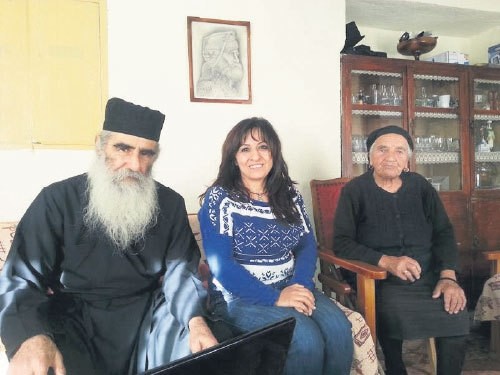 Starting from 1071, Turks began to settle in Anatolia and dominated the region in a very short time, except for the coasts of the Marmara Sea. The indigenous population of Anatolia spoke and wrote in Greek and were Greek Orthodox. Nevertheless, Turks did not call them Greek, but followed the Arab tradition and called them "Rum" which means Roman. Even further, all orthodox Christian communities in the Ottoman Empire were called the "Roman community." Even today, Turks call Greeks in Turkey "Rum." Among this community, there was a group that spoke Turkish but wrote it in the Greek alphabet. They lived in Anatolian cities like Karaman, Konya, Mersin, Silifke, Niğde, Nevşehir, Kayseri, Yozgat and Ankara but later some of them who were interested in trade settled in cities such as Trabzon, İzmir and Istanbul.

Foreigners of the Land

Who were these Turkish-speaking Orthodox people? There are two theories about their origin. The first one claims that they are Byzantines who underwent a Turkification process due to mutual relationships at the time of the Seljuks. The second theory claims that they were Turkic Christians who settled in Anatolia before the Seljuks and Ottomans converted them to Islam. The second theory seems more reasonable. Professor J. Eckmann and Atanas Monof agree. Moreover, the view that the Christian Oghuz and Pecheneg Turkic people who sided with the Seljuks in the Battle of Manzikert in 1071 were the forefathers of this community, is a historical fact. Indeed, small Turkic Orthodox communities called "Rumyj" are found in Ukraine and the Caucasus.

Some of these Turkish speaking Orthodox Christians are called the Karamanlides. Evliya Çelebi, a 17th century Ottoman traveler, mentioned this community in his writings and says that they are of Turkish origin. Their Turkish accent was the same as the other locals and they used Greek and Latin words as well. They printed and published books, mostly the Bible, and newspapers in the Ottoman Empire and abroad using the Greek alphabet, which they changed a little. They were religiously affiliated to the Ecumenical Patriarchate of Constantinople. In the Ottoman era, hymns and prayers were chanted in Karamanlides Turkish at local churches in the neighborhoods that were mostly populated by the Greek speaking community. While non-Muslims were called "foreigners (Giaour) with a hat" by the Muslim population, Karamanlı Greeks were called "Ellik" (Giaour), meaning "foreigners of the land."

Sultan Mehmet the Conqueror settled the Karamanlides in Istanbul's Yedikule district following the conquest of Constantinople. Most of these Karamanlides managed jewelry shops in the Grand Bazaar, but they later moved to other districts and neighborhoods in the city. There were many soap traders, dried nuts and fruits seller, middleman, cheese mongers and wine distributers from this community. Since most of Istanbul's grocers were Karamanlides, there is a character named "Karamanlı grocer" in traditional Turkish theater.

During the Greek occupation of Anatolia from 1919 to 1922, some Anatolian Greeks supported the occupation forces while the Karamanlides sided with the Turks. Even more, some of these Karamanlides demanded a separate Orthodox church from the Greek Orthodox Church in Fener be established. In 1922, 72 orthodox spiritual leaders gathered in Kayseri with the support and will of the government in Ankara and announced the foundation of the Turkish Orthodox Church.

In the Lausanne Peace Treaty, the population exchange of the Greek/Christian community in Turkey and the Turkish/Muslim population in Greece was determined without the consent of these people. Roughly 500,000 Muslims in Greece and 1,200,000 Christians in Anatolia were forced to leave their houses and homelands. However, 110,000 Greeks in Istanbul and 130,000 Turks in Western Thrace before 1918 were exempted from the treaty. Apart from these, most of the Greek Orthodox population migrated to Greece and most Turkish Muslims migrated to Turkey due to the wars between 1912 and 1922. Immigrants were given property in return for the property they left behind.

Around 200,000 Karamanlides Greeks were sent off to Greece, ignoring the fact that they spoke Turkish. Only Yozgatlı Eftim, who supported the Ankara government and made close encounters with Mustafa Kemal Atatürk while he was Keskin Metropolitan Bishop and his family was excluded from the population exchange and he was appointed patriarch of the Turkish Orthodox Church in Karaköy, Istanbul by the Ankara government. When Eftim, whose community then had no more than five people, passed away, he was succeeded by his son Turgut and then his brother Selçuk Erenerol. Currently, his daughter Sevgi represents the official status of the family.

The Karamanlides who were sent to Greece had serious problems and were alienated by the local Greeks who called them "Tourkiki sporon" (Turkish seed). They established villages and neighborhoods and named them after the places they came from in Anatolia, adding "nea" (new) in front of them. They continued to preserve their language and culture without mixing with the local Greeks.

These sorrowful days were shared in a 99-verse poem in a book published in 1924 in Thessaloniki: "İsmet Pasha and Venizelos came over / They decided to exchange us / Did they ask us anything? / No one has seen such a thing ever before/ They brought us from Turkey / All of us are in deep sorrow."

The Karamanlides have always thought about their Anatolian homeland. When relations between Greece and Turkey improved, those who were forced to migrate were allowed to visit their homelands as they wished. They had the chance to visit their old homes, churches and fields. However, the pain that accompanied the population exchange never went away. Since they did not come from Greece proper, they have never accepted being forced to leave their ancestral homeland.
RELATED TOPICS