An iftar in Sur

I was fortunate enough to be invited to an iftar in Sur, Diyarbakır last week, and I was not really sure what awaited me, as I had seen the pictures and followed the news from Diyarbakır, which has been devastated in the struggle with terrorist forces

Reality, as always, was not as one expected. The journey from the airport took us past parts of Diyarbakır where luxurious high rise apartment buildings and glossy, shiny shopping centers line the road. The latter might be modest compared to Dubai, but would have fit into any central location in Istanbul.

Then we drove into Sur. Sur is 650 meters or so above the Tigris River. This region has a large number of historic monuments. The history of Sur has been traced back to the eighth century B.C., and the region has played host to Hittites, Assyrians and Persians. Alexander the Great came here, as did the Romans, Byzantines, Arabs and the Seljuqs. Alongside a large number of mosques, many ancient churches can also be found throughout the area.

The region takes its name from the striking city walls, "sur" in Turkish, that stretch 5 kilometers around parts of the city. These walls and the Hevsel Gardens, which lie below the walls, have recently been placed on the UNESCO World Culture List. 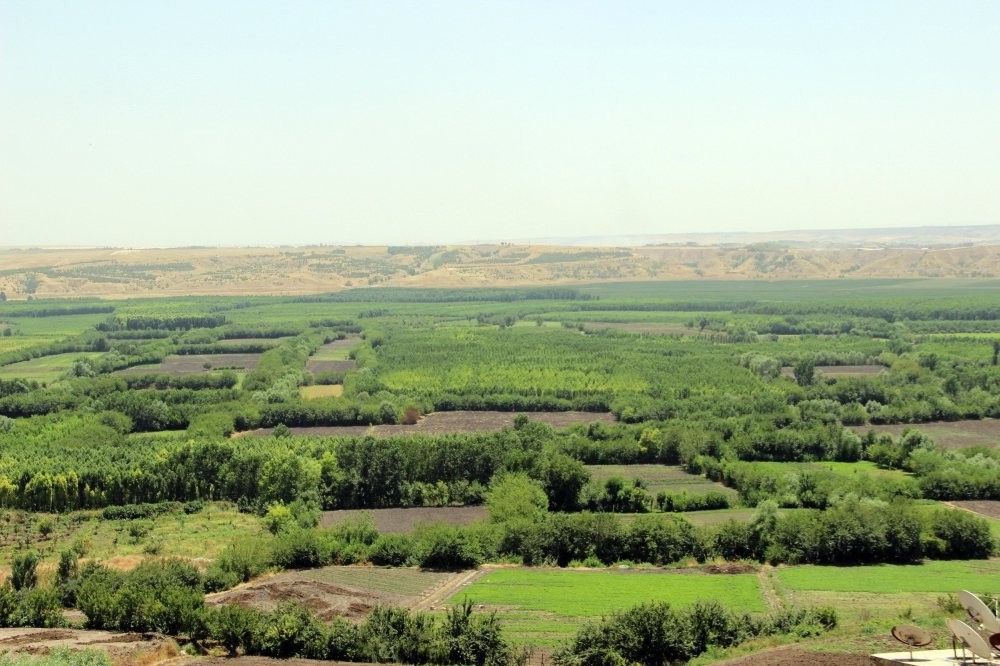 The locals waxed lyrical about the Hevsel Gardens. The gardens cover 1,730 acres, although the actual cultivated area is much less. The gardens consist of the fertile land that lies between the walls and the river. The Hevsel Gardens have been cultivated since the Hellenistic period. As we looked down on the almost untouched natural beauty - unfortunately, there was the ubiquitous tea garden nestled under some trees - a local resident told us of plans that had been put forward to build walkways and tea gardens along the river. However, he added sadly, these plans had fallen through.

More than a few people listening expressed their pleasure that this was the case. Istanbul has been disturbed by enough seagulls and lighthouses made of begonias. Natural beauty should be allowed to come to the fore, if not in the city on the Bosphorus, then in the city on the Tigris.

When it was time to pray our group went to the Diyarbakır Ulu Mosque. This ancient structure, also known as Harem-i Sharif, is the oldest mosque in Anatolia and the fifth-oldest mosque in the world. The 27 companions of the Prophet Muhammad are buried within its grounds. 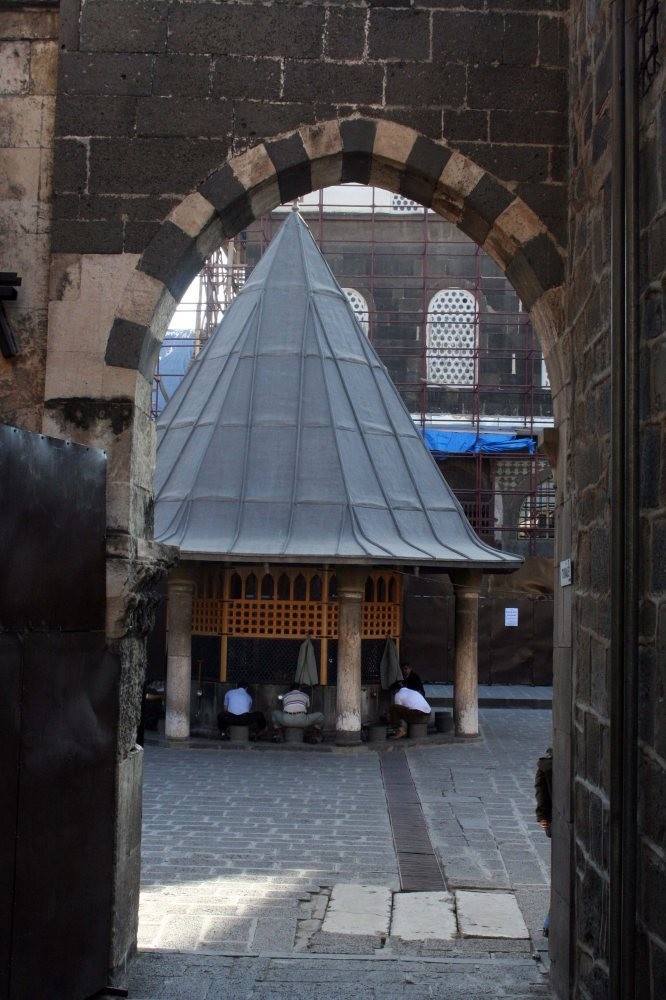 The atmosphere in this ancient mosque on a hot Ramadan day was indescribable. The ancient walls, the stairs stretching up to the clear blue sky, the open courtyard with the sun shining down, the sarcophaguses of the Companions, the people milling in and out, the greetings, the prayers being uttered, all added to a feeling of being in an incredibly sacred place.

After we had finished praying we wandered toward the center of Sur. Here the local "han" (commercial center) was located. We walked down worn stone steps, leaving the bright sun to enter a dark corridor. But the narrow entrance soon opened up, revealing a two-story structure that housed a large number of shops.

Talking to the people working in the shops I soon discovered that most were shop owners. As the conversations developed some interesting facts came to light.

That evening Istanbul AK Party's administration was providing an "iftar" meal for 1,500 people. Earlier that day (and week) people had been coming around the shops telling the people they should not attend the "iftar". But, they told us, they were going to attend; not only would they attend, they were bringing their families.

In one shop was a young boy called Musa. He was 6 years old. He had not yet started school, closed due to the violence brought onto the region by the terrorist actions. However, his father informed me, the boy spoke four languages. Turkish, Kurdish, Arabic and English. Not completely convinced, I turned to young Musa and asked him how he was. Fine, he replied, with no trace of an accent, and you? Then we had a brief conversation. I was surprised to find this young boy sitting in his father's shop drawing pictures and chatting with passers-by in a number of languages.

It was indeed the children who struck me in Diyarbakır. During the "iftar" meal they were everywhere. People were giving the children bread, cheese, baklava, rice, soup, whatever they could from the table. And every time one child walked away, another would appear. There was a constant flow of children, all shapes and sizes.

It reminded me of what our guide on the bus had said. There is great wealth and great poverty in Diyarbakır. Those who had money didn't invest it in the city, as there was such a lack of security. Banks do not consider property or goods in Diyarbakır to be reliable collateral for loans. The wealth, of which there is a great deal, in Diyarbakır all flows outwards. And thus, alongside this wealth there is also a great deal of poverty. Our guide said if you gave a child ten lira you could basically get him or her to do whatever you want. You could even get them to carry bombs, ammunition or a gun. In Diyarbakır today money is king.

Diyarbakır is a city that has a great number of children. According to the 2015 census, 44.5 percent of the population in the city is under the age of 20. It is a young city with great promise for the future. But for this promise to be fulfilled, some things must first be realized.

The city is to be rebuilt. This is essential. The PKK laid bombs in trenches, placed bombs in schools, used mosques as ammunition depots or bunkers from which to attack; they blew up a large number of buildings and forced the army to raze other areas to the ground to prevent massive casualties. The city has to be reconstructed.

The plans for renovation that have been revealed to date are sensitive to the original texture, but introduce a texture in which transition between streets and between houses will be easier. The original texture will be preserved or reintroduced, but it will be of a better quality. The houses that we saw, houses that have never been plastered, houses made of breezeblocks with gaps between them - gaps caused not by weapons, but by lack of care or planning - merely confirm the fact that the people of Sur need decent housing. Only parts of the region have been destroyed during the fighting. The remaining areas consist of such poor quality housing that rebuilding should not be an issue. Property owners will not be displaced. Rather they will be given new and better accommodation.

War, fighting, death and destruction solves nothing. Education and jobs - that is the solution.
RELATED TOPICS