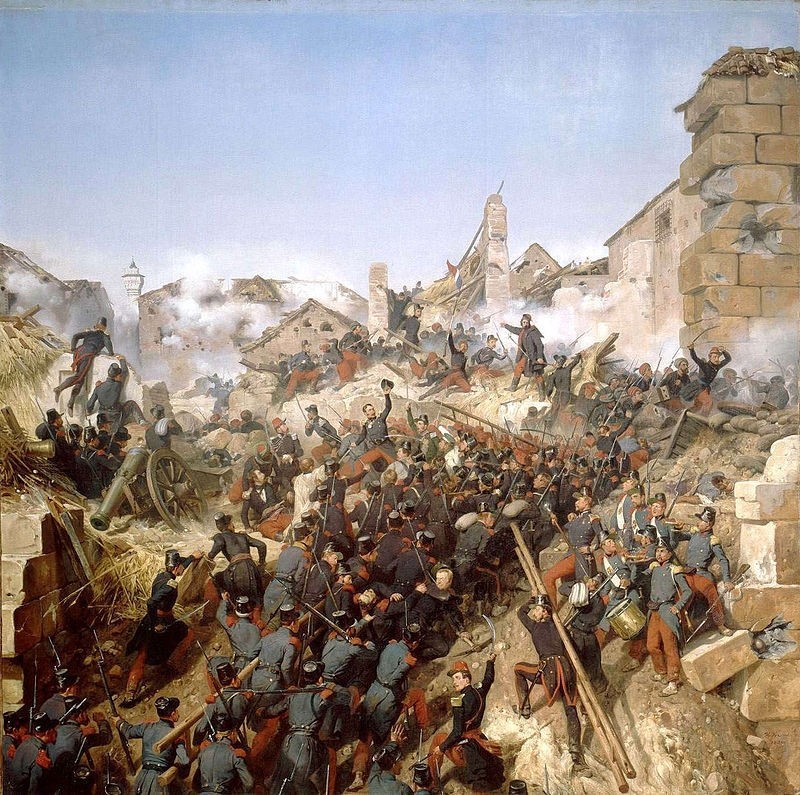 After losing ties with the Ottoman Empire, Algeria was dragged into an unpredictably painful period of history. However, after a long recovery, Algeria had enough power to gain independence and there is much to be learned from the country's struggle for freedom

Once part of the Ottoman Empire, the colonization of Algeria started a new era. Trade routes on the Mediterranean were a major problem for France and Spain because pirates endangered trade. After Ottoman Admiral Barbaros Hayrettin Pasha and his brother Oruç Bey invaded and made it a subject of the Ottoman Empire, Algeria became one of the western Ottoman states. Algeria spent more than 300 years from 1517 to 1830 under Ottoman rule until the French occupation. That is why Ottoman culture deeply influenced the country, and some can still be seen today.

In the beginning, Algeria Governor Hüseyin Dey lit the fuse for France to begin a war against the Ottoman Empire to take Algeria. He complained that France did not pay its debt to Algeria. Reportedly, one day a French consul made Hüseyin Dey angry, and he threw his fan at the consul. This event became a pretext for France to start a war in Algeria. Hüseyin Dey lost and was captured.

As the second-biggest imperialist state, France added Algeria to its list of colonized countries. For Algeria, days full of fear and pain seemed to never end. A great number of Europeans, referred to as "pied noirs," were sent to Algeria. French soldiers usurped land from Algerian farmers and was mostly given to European colonists for free. However, this was the beginning of a transformation in a society that, like the Ottoman Empire, was late to develop science, technology, education and military technology.

An independence movement began with a religious and military leader, Emir Abdelkader El Djezairi, between 1832 and 1847 until he was captured by France. Later, the National Liberation Front (NFL), a socialist movement, succeeded in gathering Algerians together. The Soviet Union support ed the Algerian War of Independence by providing military assistance, which explains the movement's connection with socialism. Their support continued after Algeria's independence. The occupation of Algeria also influenced French politics. French President Charles de Gaulle understood that the French people wanted a solution and that Algerians wanted independence. In 1962, the Evian Agreement was signed by the two sides. More than 1 million Algerians and 26,000 French died in 65 months, starting Nov. 1, 1954, and finishing with Algeria's victory in March 1962. Today, despite some problems related to the rise of the right in Europe, some French politicians think that French colonization was a mistake and relations between France and Algeria are better than in the past. At present, nearly 7 million Algerians live in France.

During the 132 years of colonization, Algerian society changed and was almost reborn. Frantz Fanon was a Martinique-born Afro-Caribbean psychiatrist, philosopher and post-colonial analyst, who closely witnessed the Algerian War and analyzed Algerian society under colonialism. After practicing psychiatry in France for one year, he went to Algeria to work as the chief of service in Blida-Joinville Psychiatric Hospital until being deported in January 1957 because of his anti-colonial activities. What brings us to Fanon is that he was a member of the Algerian NLF. His book, "Year Five of The Algerian Revolution," depicts the effects of colonialism on Algerian society. Fanon shows us how the family, individuals and tradition were transformed by colonialism. The starting points of Fanon's analysis of discrimination look like Malcolm X's, showing the frustration and alienation that black people experienced in the United States.

Changing profile of family and woman

France tried to westernize Algerian society through women by forcing them to throw their chadors away. According to Fanon, the liberation of Algerian women was encouraged by French colonialists for whom Algerian women in chadors were like a desirable object, as in the Orientalism that tried to transform the Orient to produce pretexts to capture it.

Algerian family structure underwent a major transformation due to the independence struggle of the FLN. Fanon says that this change was a positive step for women and families, especially between fathers and daughters that had had a distant relationship. A girl had to marry as soon as she entered adolescence. But the Algerian liberation movement forced girls to become responsible individuals who were important for the destiny of their country, making traditional duties like being a wife and mother no longer first priorities. On the path to independence, traditional patterns were seen as negligible details.

Meeting with radio and modern medicine

Algerian society's perception of medicine was problematic during colonization. Algerians considered physicians as colonialists, so there was a distance between doctors and patients. Algerian patients did not want to discuss their medical problems, and physicians tried to find out by themselves. During the war, colonialists banned medical products for Algerians. After a painful experience with modern medicine, Algerian physicians were raised, and Algerians were entrusted to Algerian doctors just as Mustafa Kemal Atatürk once said, "Entrust me to Turkish doctors."

Stigmatized as a devil device of the colonialists, radio could not enter Algerian homes. For a family, listening to love stories on the radio was impossible because of Algerian traditions. Due to the War of Independence, getting the right information became vital for Algerians to see that colonialism was not eternal, and they were powerful enough to gain independence, as colonists were fabricating news showing Algerians that they were losing.

While new radio stations for Algerians multiplied, many battery-powered radios were sold, as electricity was not common at the time. After 1954, the beginning of the war of independence, colonialists forbade batteries and interfused the radio waves of Algerian stations to block the signals. But batteries were smuggled in, and Algerians continued to listen to the radio even if they could not hear the news because of scrambled radio signals. Algerians bought local and more democratic French newspapers like Le Monde, L'Express and France-Observateur.

For Algerians, modernization meant they had to found a new country. Today, there are 36 universities and many research centers in Algeria. There are around 8 million students in a country with a population of 40 million. Following the adoption of a multi-party system and a civil war from 1991 to 2002, a new president, Abdelaziz Bouteflika, seemed to deepen the democratic process by approving a new constitution and paving the way for civil liberties. However, the military support behind him makes us rethink his "democratic effect" on the country.
RELATED TOPICS