Isparta: A tour to the land of roses 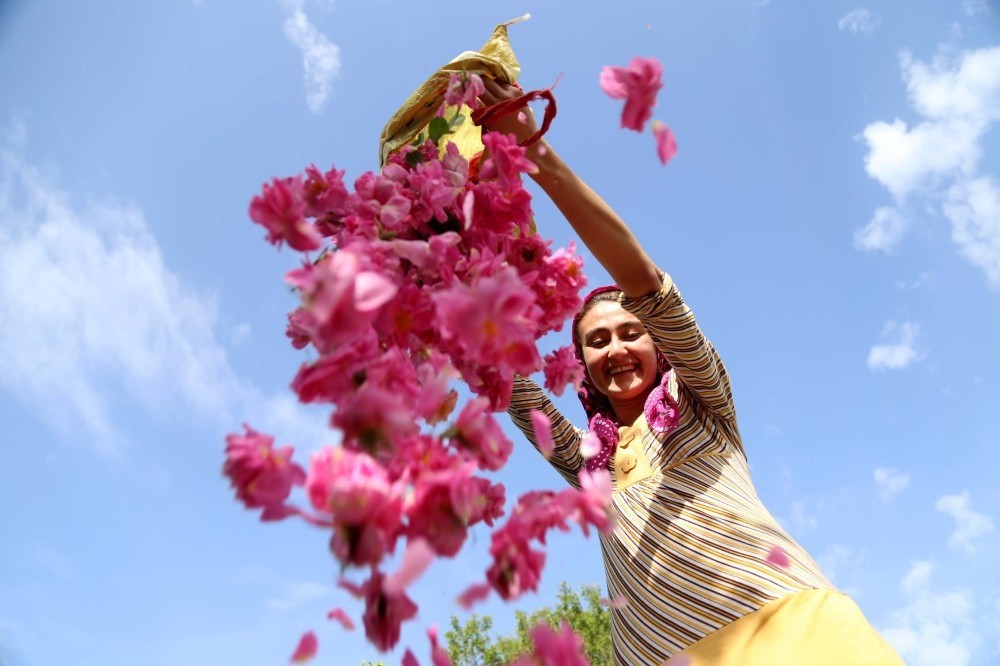 Men have written sonnets about it, women have fallen in love over it and bands have named themselves after it; the rose is a very powerful symbol whose delicate beauty and scent has come to represent various cultures throughout history. The city of Isparta is where one can truely experience this unique flower

Flowers play a significant role in most world religions. In Greek mythology, Aphrodite the goddess of love is depicted adorned with roses encircling her head, laced around her neck and wrapped around her feet. This is to represent the rose bush that grew within the pool of blood spilled from Aphrodite's lover Adonis. It came to symbolize eternal love and a union that will not die even in death itself. According to early Christian tradition, roses are associated with the Virgin Mary and Christ. It is said that roses in the Garden of Eden only grew thorns after man's fall from grace. When the Virgin Mary was exalted, she was linked with the emblem of a thornless rose and titled, "rosa mystic." As Marian worship grew, rose imagery proliferated, taking permanent places in churches on stained glass. Christ's death is also associated with roses, whereby the thorns symbolize the ultimate sacrifice, along with a rose bush having grown at the site of Christ's death. In the Islamic tradition, the rose represents both Divine beauty and the Prophet Muhammed. The rose is most significant in Ottoman Culture and tradition. As the Ottomans gained experience in cultivating the rose, they developed numerous beneficial uses for it. Aside from the delicate fragrance used as perfume on the body, it was also used in mosques to fragrant them. In fact Ottoman Sultan Mehmet II had ordered for the Haghia Sophia to be cleaned with rose water before it was converted into a mosque. The Ottomans also started using the rose for its cosmetic and medicinal benefits. Its most famous forms are: rose water, rose oil, rose paste and rose sherbet. 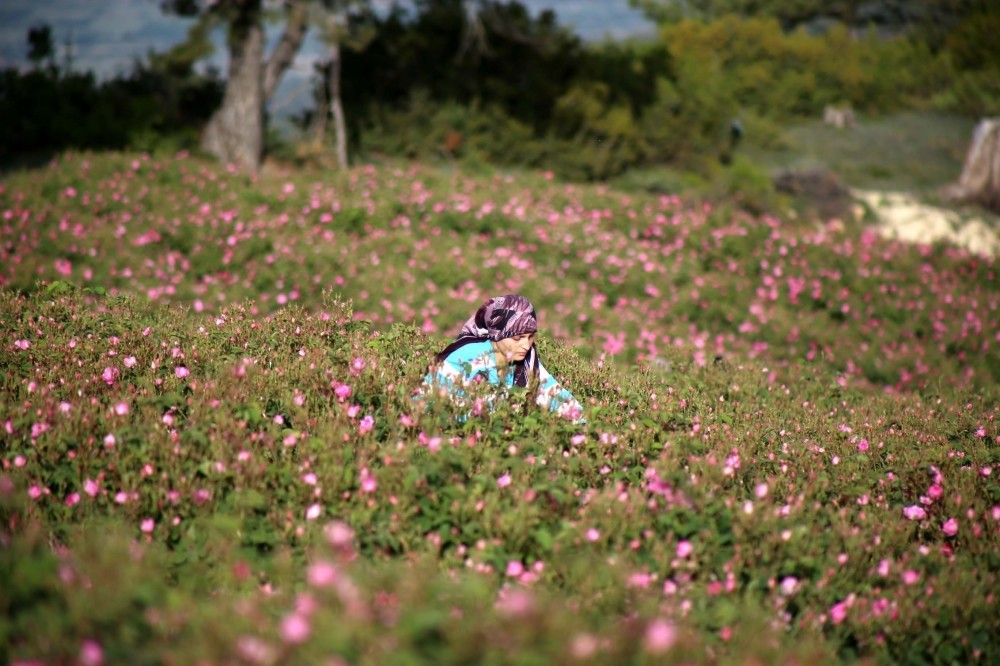 Today, Isparta, which is midway between Lakes Burdur and Eğridir in western Anatolia, has come to be known as the rose capital of Turkey. It's geographical location and climatic conditions make it a prime location for growing the highest quality roses in the world. Besides Isparta, the Kazanluk valley of Bulgaria is the only other place that is able to grow the Damask rose at such a high quality and capacity. Isparta has been growing the Damask rose for the last 125 years, which is picked during the month of May and June. During the harvesting period a two-day rose festival is open for those interested. Tours are arranged so you can get first-hand experience at picking the roses from the rows of rose bushes. There are currently 20 rose factories in Isparta, which produced approximately 10 tons of rose flowers in 2015 alone, roughly 80 percent of the rose production for Turkey. Most famous for the purest form of rose oil, which costs about 9000 euros for 1 kilogram and is often used in perfumes and cosmetics, Isparta exports to France, the United States, Germany, Japan, Switzerland, Belgium, the United Kingdom, Holland and Saudi Arabia.

Proud of its rose production, Isparta is caped with everything pink. Some of the uses and benefits of the Damask rose are:

Rose tea: It contains Vitamin C, pectin, malic and citric acid. It clears toxins and helps fight infection in the digestive tract, relieves fluid retention and eliminates waste through the kidneys. It is also a wonderful remedy for dysentery, diarrhea and gastro enteritis.

Cooking: Rose petals can be used in cooking as a main ingredient for making jams and flavorings in cakes, or for decorative purposes like sugar coated rose petals. Not only does it give food a rather exquisite taste, it is also of very beneficial. It must be ensured that the petals do not contain pesticides and are safe for consumption.

Rose water: Offered to guests upon arrival, rose water has a soothing effect on the nerves and emotional state. Considered as a mild sedative, rose water is used for the treatment of stress and nervous tension.

Hair treatment: A natural hair conditioning solution that will also leave a scent and natural shine.

Aftershave treatment: Due to its anti-inflammatory properties, it is ideal for calming newly shaved skin.

Light fragrance: Rose oil is used by many well-known perfume industries. Rose water, which is a much cheaper alternative, can also be used as a light fragrance for both the body and home.

Turkish delight: Rose flavored Turkish delight is offered on special occasion along with rose water to guests. In addition to being a symbol of love and having so many therapeutic and cosmetic uses as well, the beauty of the rose is probably best understood in the beautiful city of Isparta.