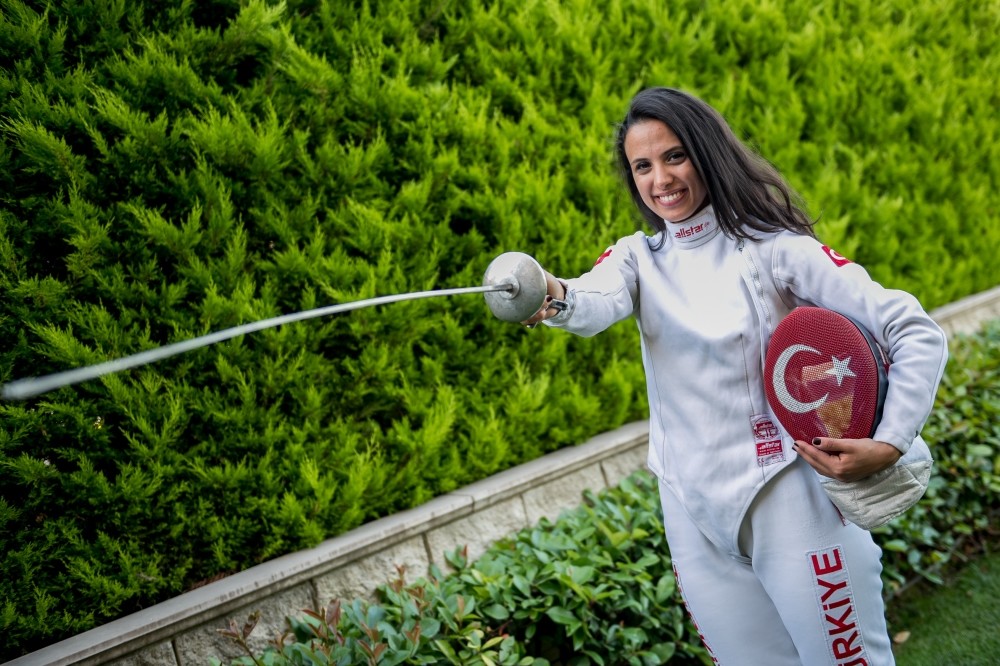 İrem Karamate was only 10 years old when she was first introduced to fencing, and comes from a family of successful fencers. Since qualifying to become Turkey's national athlete at the age of 15, Karamete has worked hard to win at the Rio Olympics

A Turkish national athlete has qualified to represent Turkey at the Olympics in fencing for the first time since the 1984 Olympics. National fencer İrem Karamete is on her way to Rio Olympics that will take place next month. Karamete's mother is also a former fencer who competed at the Olympics twice. Saying that her mother is great example for her, İrem said: "My mom is my idol. I certainly want a medal from Rio." 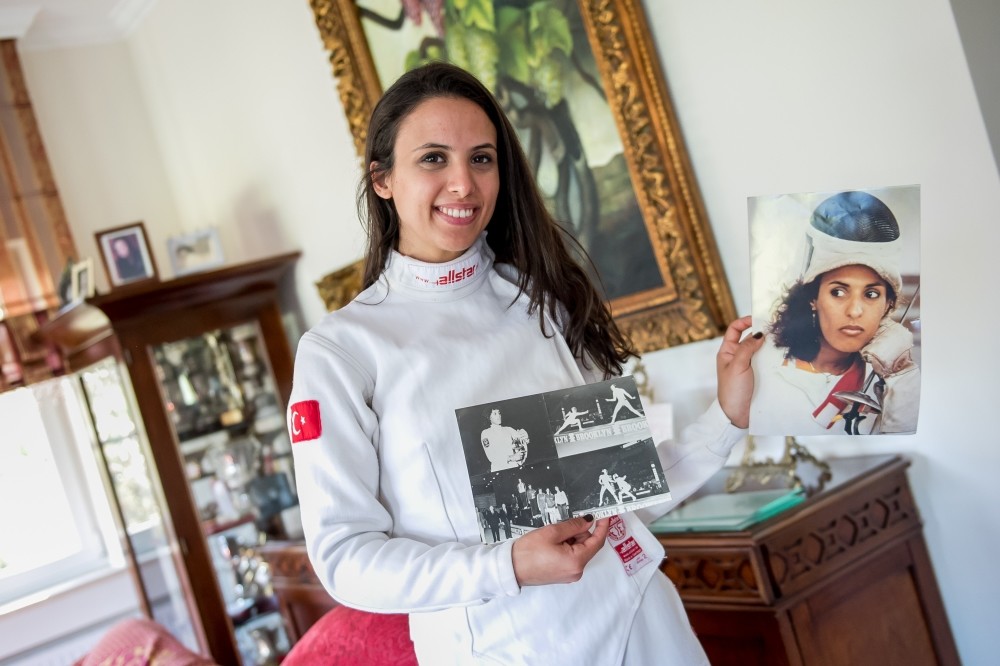 Karamete, 23, began fencing at the age of 10. She was successful enough to become a national fencer at 15. She has returned home with dozens of gold, silver and bronze medals throughout her career. She has enjoyed huge success by coming third at the Mediterranean Games in Mersin in 2013. Even the government celebrated her success by printing her photo on a stamp. Karamete is a brave, winning-focused fencer, who set clever goals for herself. Five-time consecutive Turkish fencing champion, she has qualified to represent Turkey at the Olympics in fencing for the first time since the 1984 Olympics.

Her family is the biggest factor in her success since she grew up in a family of fencers. Her father Mehmet Karamete coached German and Israeli national fencing teams. Her mother Nili Drori Karamete competed at the 1976 Montreal Olympics and 1984 Los Angeles Olympics with the Israeli national fencing team. Her older sister Merve is a national fencer as well. The fencing atmosphere in the family is clearly understood as soon as you step in their house. Paintings of fencers are hung on the walls. İrem's mother's participation at the Olympics is immortalized in pictures and her medals and trophies are preserved with care. Pointing at dozens of medals in her room, she said: "Seeing my medals constantly by my side and looking at them when I wake up motivates me." The national athlete continues her education at Özyeğin University's Department of Industrial Engineering. We sat down for a chat with Karamete to talk about her family, the Olympics and the story of her success.

Daily Sabah: Your interest in fencing comes from your family. What kind of family did you grow up in?

İrem Karamete: I was a really lucky child. I have been interested in many sports since I was little, not merely in fencing. My father is a fencing coach. My mum is a two-time Olympics competitor. I grew up in a conscious family.

DS: How did your parent's fencing story begin?

DS: Does your mom continue fencing in Turkey?

Karamete: After she became a Turkish citizen, she performed fencing for a little while in Turkey. She competed at the Balkan Championship and the Turkish Championships representing Turkey. Then she had my sister Merve. Merve did fencing as well, she was a national athlete. She later turned to education. My mom quit fencing after I was born.

DS: How was the family atmosphere about fencing sport, is fencing always the most talked about topic at home?

Karamete: A conscious family atmosphere was always in the air. They led me well. I did not only do fencing, but swam, played tennis, badminton, volleyball and basketball. But my heart was set on fencing. I was trained by a Romanian coach for two years, later by the Russian Damir Sayfutdinov. I have been learning the Russian system from him for nine years. Russians are pretty good at fencing. I have been a part of the Istanbul Marmara Fencing Sports Club for seven years.

DS: Considering that fencing is not very popular in Turkey, have you encountered any disadvantages?

Karamete: Many of my friends know fencing and they have greatly supported me. What I can say is fencing has brought many positive things into my life, influencing my school and social life. Also, I have gained a true athletic identity. I have learnt how to live in an organized way as I have a very systematic life.

DS: Your mother has led you, expanding your goals since your childhood, did she tell you about her memories of the Olympics?

Karamete: My mom's participation at the Olympics made my goal bigger. Because you have to be an elite athlete to enter the Olympics. My mom is my idol. Living in the same house with her, seeing her lifestyle and point of view make you think "How did she qualify for the Olympics, what did she have to do for this?" She always used to tell me.

DS: What kind of a responsibility is it to participate at the 2016 Rio Olympics?

Karamete: Turkey last participated in the Olympics with national fencers in 1984. They joined through invitation not elimination. It is really important to both me and Turkey to qualify for 2016 Rio Olympics 32 years later. Now people will be able to put the Olympics as a target before them.

DS: Do you think you will win the gold medal at the Olympics?

Karamete: Thirty-four people were chosen in the world amongst thousands. I ranked 27th. We are really special people at the highest level. However, I think of everything step by step. I was trying to get in the Olympics for two years. It would be utopic to say "I'm expecting a gold medal," but I definitely want a medal at the Rio Olympics for the 2020 Tokyo Olympics.