A mafia-cult exposed in America 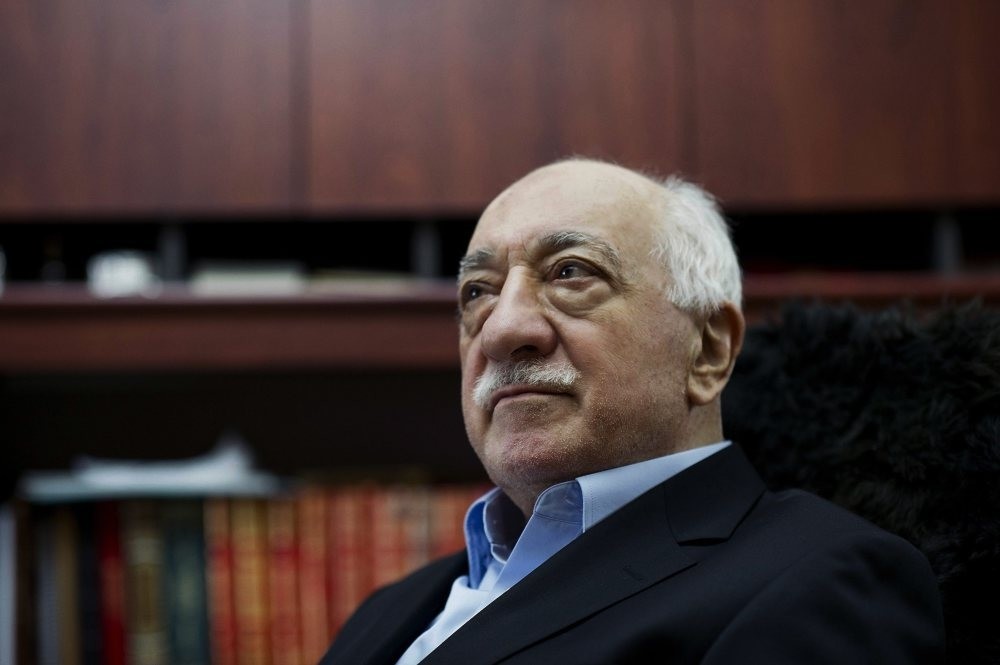 It is critical that Americans understand why Fethullah Gülen must be extradited. How well does the American public know a terrorist organization led by a cleric living in Pennsylvania?

At the behest of a single leader seated in a private estate in Pennsylvania, thousands of staunch followers across America, Africa, Central Asia, the Caucuses and the Balkans receive directives on how to act, how to speak and how they should live their lives. For many readers, it is difficult to wrap one's mind around why exactly an individual would solely devote his or her life for the purpose of receiving so-called guidance in return for dispensing large amounts of money. This certainly does not sound rational. The example provided here is to direct your attention to an interesting worldwide development of a cult-movement that operates out of the United States and Turkey.

In 2005, as I was sitting in the living room of my home in Dallas, Texas, I was clicking through the news channels and came across surprising coverage. In Houston, followers of the Gülen Movement publicly announced their "movement" to advance their charter schools, cultural centers, interfaith associations and many other sub-organizations that branch off from their system's hierarchical structure. As a young, Muslim Turkish-American attending high school at the time, I could not fully comprehend why exactly a Muslim organization would launch a movement that does not associate itself with mainstream Islam in America. I grew up in Dallas attending Sunday school at the local Islamic Association of North Texas Mosque. I had almost never seen a single Turkish member of the Gülen Movement in the congregation. This certainly raised some eyebrows in the larger Muslim communities across America. It would not be uncommon for Asian-Pacific or Arab Muslims to say that they never see Turkish people in their mosques. 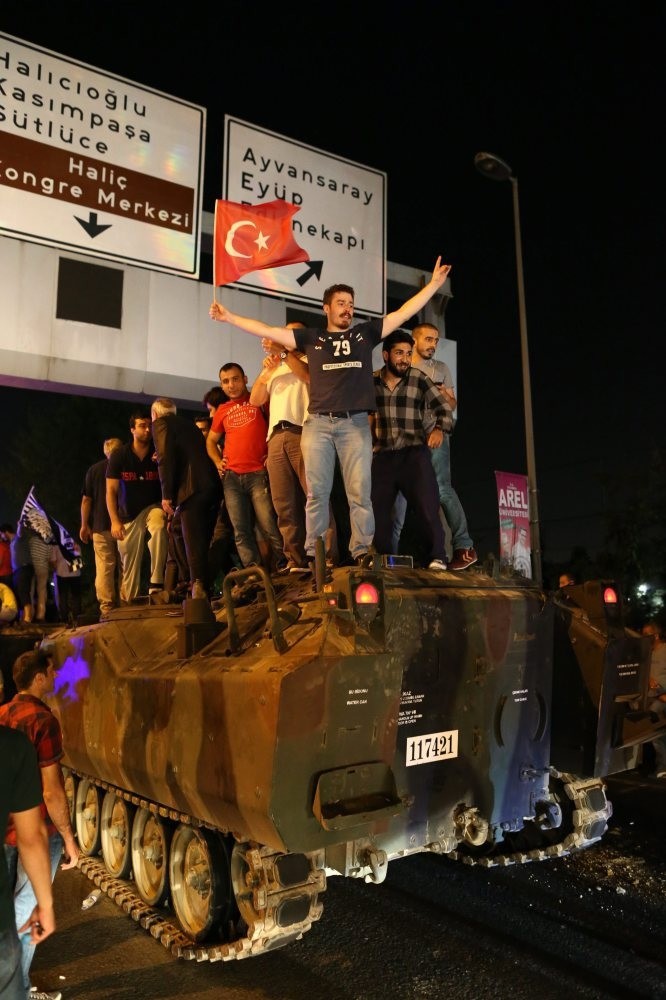 The elitist and separationist nature of the Gülenists is not only self-exclusion on their part but also, their behavior is paralleled with an intense sensitivity on the interfaith activities conducted with American politicians across 50 states. Throwing luxurious parties in high-class hotels while meeting with state legislators, members of congress and high-level bureaucrats are part of the objective of formulating some kind of "trust-relationship" in order to legitimize themselves in the eyes of Americans. Gülenists therefore claim: "We are Turks, we are cultural Muslims and we are the alternative Islam that you are looking for. We are the 'true' Muslim friends of America."

The important question to ask here is how well does the American public know members of the Gülen Movement? They smile, their women wear head covers, they pray five times a day in the confines of their homes, they offer Turkish coffee and Turkish delight at their cultural centers, they work hard in school and have successful careers representing the movement as teachers and school administrators to doctors and engineers. Since coming to the U.S., they have almost achieved the American dream. Indeed, it is a picture-perfect story. However, this narrative isn't as innocent as it may seem on the outside.

For international lawyer Robert Amsterdam there is more to the cover story than a "virtuous" education-oriented movement. For the reader who is wondering why in the world a Muslim-looking movement would establish itself in the U.S. and chooses the education sector to coil itself up in the heart of the American system; the answer is simple. The Gülen Movement is an American government-supported project. Otherwise, how would hundreds and thousands of foreigners affiliated to this movement be able to establish themselves in more than 120 schools in the United States? This project has certainly gone awry not only for the mafia-cult whose mask has fallen but, also for the American government that has invested multi-million dollars in trying to support a phony "moderate" brand of Islam. Here are the reasons why that is the case.

An imam that proclaims to be the savior of Christians and Jews displays himself as the sole bearer of truth against all the other traditions of Islam that exist worldwide. But the imam does not proclaim this openly. Instead, the imam and his followers choose to align themselves with the Judeo-Christian tradition to profess that Gülen's type of Islam is suitable to christen itself with Christianity and Judaism. It is certainly an attractive approach for anyone who claims to be a believer of the Abrahamic faith. But in reality, this method is only used to advance the interests of the cult-like movement. This was the case after 9/11 when America needed help identifying an exemplary Muslim community around the world so that it could say that it is true Islam and is what they want to see around the world. The reason this attempt failed with the Gülenists is because while their servility to the Christian and Jewish communities did succeed to a certain extent in establishing amicable relations, on the other hand, they dismissed forming any kind of relationship with mainstream Islamic communities across the U.S.

Instead, they invested all their time and energy in the education sector, a critical area for any country because it is the foundation that holds the pillar of a society. The main aim of the movement is to trap the children who are brought up in their schools. The student cohort is made up of well-to-do families' children and those that have connection to political figures. With a high-class group of elite children who in the future are likely to have successful positions in the government are viewed as "potential followers" with allegiance given to the cult-movement. This membership that is off-the-record does not go unwarranted. The litmus test to ensuring loyalty is measured based on how much money a "follower" donates to the activities of the movement.

But it is not limited to this. It is binding for the follower to comply with the orders. The operational aspect of how the mafia "cult" functions is by way of receiving commands top-down from the cult leader Gülen. Their main goal through their "cultural events" is by way of using different rhetoric based on Americans who come from socio-economic and cultural background in order to garner support. In the context of how things operate within the movement, the follower who keeps things in order within "x State" disseminates the orders received through relaying the decrees to the inner circle of followers. The disciples then execute the order by collecting large amounts of funds over a particular period of time, asking for followers to donate money during their weekly inner circle meetings, order to not attend any Islamic mosques in America, decree to not pray in public, order select women to not wear the headscarf so as to have them easily blend in, mandate every follower household to buy some eight-10 copies of Zaman newspaper, in addition to appointing big brothers and big sisters to indoctrinate newcomers to the cult-movement while highly discouraging and suspending any follower to marry outside the movement.

There is more to the story than a cryptic movement whose mission is to dominate America. The Gülenists are a transnational interfaith movement that utilizes a neo-Nuri ideology that wants to attract attention to positive aspects of their activities such as dialogue among communities, providing quality education and lobbying local and federal government politicians as a way to connect and assure the American constituent that they are serving the public with pure intentions.

Nonetheless, what the American people are not clearly aware is that the Gülen Movement is an officially recognized terrorist organization in the state of Turkey. Why? For obstructing justice, wiretapping politicians, providing answer sheets for government entrance exams to plant their own followers in the Turkish state. And just days ago on July 15, 2016, they attempted a coup in Turkey. Gülenist terrorists opened fire on civilians, dropped bombs over Parliament and the vicinity of the presidency, attacked the National Intelligence Agency (MİT) and the Office of Special Forces, and last but not least, they tried to kill our democratically elected leader, President Erdoğan. The war being waged against the coup plotters is unfolding at this point in time. The threat from the fringe-cult movement within the Turkish Armed Forces continues to persist. Since they conceal themselves meticulously the government is doing everything in its power to work diligently as the detainment process of this mafia organization continues.

The Gülen Movement's psychotic attack on the Turkish people on Friday displays their desperation to gain legitimacy through their criminal acts. After their blunder they realized that majority of the Turkish population disavows the coup attempt in Turkey.

Seeing the unity of the Turkish people, the Gülenist Terror Organization (FETÖ) in the military realized the people are strongly against them. In the fight for democracy we lost 208 people and over 1,500 people were injured. The organization's terrorizing behavior shows that they don't have anything to lose anymore. They have been tracked and revealed by the Turkish government and the intelligence agency. Their terrorist network embedded in the military, judiciary and police forces will no longer serve them as a safe haven.

Currently, the cleansing operation conducted by the Turkish government within the nation has begun, and it will continue until every individual affiliated with this terrorist network is brought before justice on all accounts of terrorism and treason.

Now it is time for U.S. officials to lend their ears. The Turkish government is in the process of uprooting this fringe movement. In the meanwhile, it would be in the best interest of the American and Turkish people if the U.S. government handed over Gülen before the trials begin across Turkey.